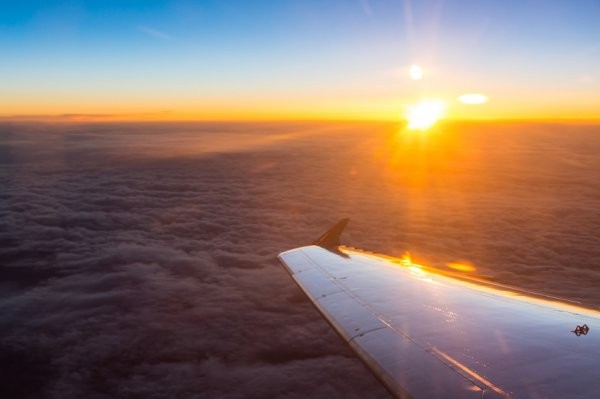 International arrivals to the ACT will no longer need to quarantine, Minister for Health Rachel Stephen-Smith announced today. Photo: File.

Fully vaccinated international travellers will no longer need to quarantine for 72 hours upon arrival to the ACT, Minister for Health Rachel Stephen-Smith announced today.

This brings the ACT in line with the current NSW and Victorian guidelines.

Travellers will still need to take a PCR test within 24 hours of arrival and then remain in quarantine until they receive a negative result, Ms Stephen-Smith noted.

An online declaration form is still required and 14-days of hotel quarantine is required at the port of arrival for unvaccinated international arrivals.

Other requirements, including not attending high-risk venues for 14 days after arrival, remain in place.

Earlier today, Ms Stephen-Smtih confirmed there are still only 40 known cases of the Omicron variant of COVID-19 in the Territory, but health authorities expect this to increase in the coming days.

“This [would not be] at all surprising given what we are seeing in NSW and especially given how many of our cases are interstate-acquired,” Ms Stephen-Smith explained.

While she won’t make a prediction, Ms Stephen-Smith said the community should begin preparing itself for an increased caseload given the situation in NSW as well as the number of close and casual contact sites listed over the weekend.

“It’s a bit early for us to say at this point, but it could be quite a rapid escalation,” she explained.

She’s also not ruling out a possible change in restrictions before Christmas, saying “active conversations” occur between herself and the Chief Health Officer daily.

Authorities have hinted that if any restrictions were reintroduced, a mask mandate could be the first.

“If you look at a wait time in the morning and they are very long, maybe go along later in the afternoon,” she said.

She reminded people they are only eligible for a test if they have been marked a close or casual contact, have symptoms or require a test for interstate travel.

“Please don’t come forward if you’re not eligible. It will be frustrating for you, for others and for staff,” Ms Stephen-Smith said. 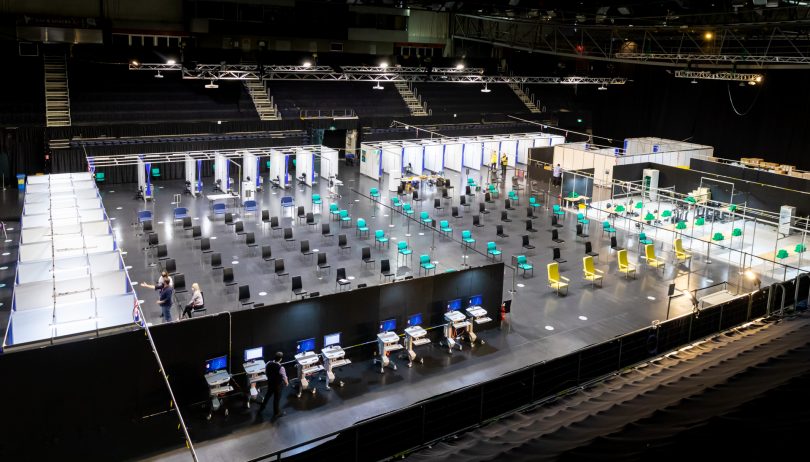 The Territory’s 5 to 11-year-olds will be sitting in these chairs receiving their jabs from 10 January 2022. Photo: Michelle Kroll.

The ACT has recorded 13 new COVID-19 infections in the last reporting period to 8 pm last night as vaccine bookings open for the 46,000 Canberrans aged five to 11 years.

With concerns about the Omicron variant growing, it’s been a busy weekend of testing at the ACT Government’s COVID-19 testing clinics, and it’s set to continue as Canberrans prepare to travel interstate for the holiday season.

Currently, there is an almost three-hour wait for a COVID-19 test at Kambah, more than two hours at Mitchell, more than an hour-and-a-half at Garran and more than one hour at Nicholls.

There is no wait time listed online for the Holt site.

Minister for Health Rachel Stephen-Smith has foreshadowed a busy day on the booking lines today but said there should be adequate vaccine supply by Monday, 10 January 2022, when children can begin receiving the jab.

“Being able to deliver [the vaccines] is entirely dependent on the Commonwealth. They have told us they are confident they will receive the supply into Australia, batch-test it and distribute it in a timely way,” she said.

She told ABC Radio this morning the ACT Government will work closely with specialist schools, the Aboriginal and Torres Strait Islander community, as well as other in-reach and out-reach services to ensure everyone can access a vaccine.

Ms Stephen-Smith encouraged parents with questions to speak to a trusted healthcare professional about any concerns they may have about the vaccine.

This includes questions about children who may slide over from 11 to 12-years-old in the coming months.

Locally, with the 13 additional cases, there are 112 active cases in the Territory. To 9 am this morning, 4,025 negative test results were recorded.

Ms Stephen-Smith also confirmed this morning that, as of Friday, at least 40 cases of the Omicron variant in the Territory and 200 close contacts had been identified.

She explained that most of the ACT’s new COVID-19 cases were acquired interstate, rather than local community transmissions.

Despite this, Ms Stephen-Smith said while the situation in NSW is being monitored closely, reimposing travel restrictions is not on the cards for ACT Health.

Of the Territory’s 12-plus population, 98.4 per cent are now fully vaccinated.

There are a total of three active and cleared cases in ACT hospitals as of 8 pm yesterday. None are in intensive care, and no one is on a ventilator in the ACT.

READ ALSO When it comes to Christmas 2021, let’s just call it a wrap

Yesterday, the ACT recorded 18 new cases of COVID-19 after a weekend of bumper testing.

The new drive-through clinic at 2 Tooth Street, Mitchell, was forced to close on Sunday afternoon after the wild weather experienced across Canberra and the surrounding region made it unsafe.

She said that the Garran and Dickson sites each processed 900 tests on Sunday.

More pop-up testing sites will be considered in the coming weeks.

Ms Stephen-Smith noted testing for travel contributed to the surge in demand for testing.

However, several new exposure locations were also added to the ACT Government’s COVID-19 exposure site list over the weekend, which led to an increase in the number of people needing testing.

Interstate, new infections in NSW have declined slightly from yesterday’s record total of 2566. Today, the state recorded 2501 new cases of COVID-19 and no deaths.

There are now 261 people in hospitals across the state with the virus and 33 in ICU.

NSW Health said 94.9 per cent of the 16-plus population has received their first dose, and 93.4 per cent has had two doses of vaccine.

Once again, fewer cases have been recorded in Victoria – 1302 – and no deaths.

In total, 406 Victorians are hospitalised with COVID-19. As of Friday, 92 per cent of the state’s eligible population (12 and over) is fully vaccinated.

Across the entire state, there are 13,175 active cases of the virus.

Despite the stubbornly high case numbers in Victoria and rapidly rising infections in NSW, both states have ruled out reimposing more stringent COVID-19 measures.

NSW Premier Dominic Perrottet yesterday encouraged mask-wearing but said tough lockdown measures – such as those currently being imposed in some European countries – would not be introduced at this stage.

He encouraged people to come forward for their booster doses, saying “vaccination is key”. 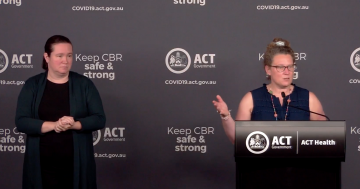 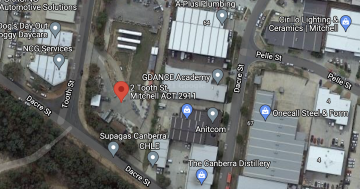 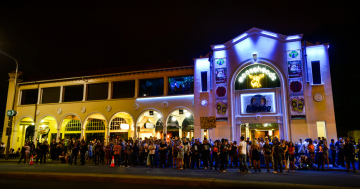 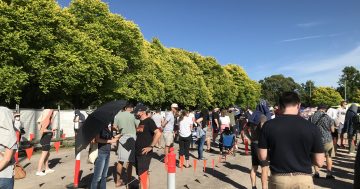