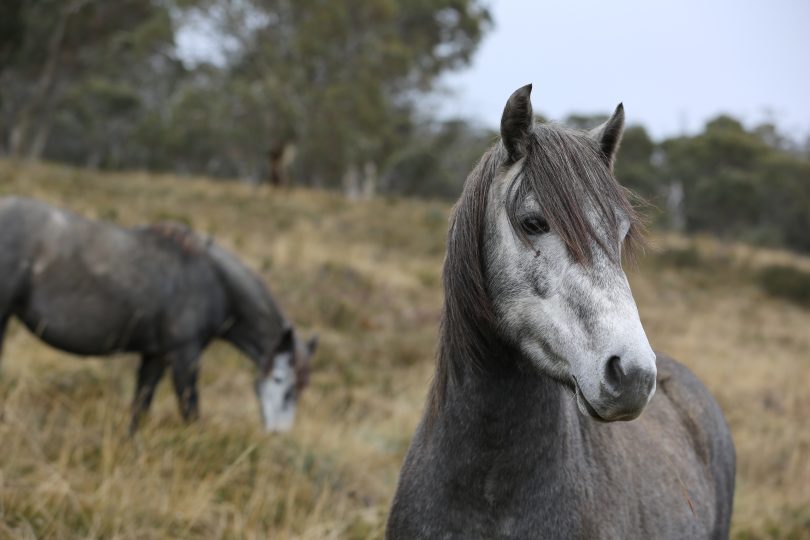 The number of wild horses in Kosciuszko National Park is exploding. Photo: Supplied.

The ACT Government has acknowledged that wild horses have crossed into Namadgi National Park from NSW where they are protected under a controversial heritage status.

Fortunately, the government believes the animals, declared a pest in the ACT, have returned to the adjacent Kosciuszko National Park, but the incursion highlights the threat posed to Namadgi’s ecosystems by the wild horses, which are breeding uncontrolled on the NSW side of the border.

ACT Minister for Planning and Land Management Mick Gentleman, whose portfolio covers Parks and Conservation, said three feral horses were detected just inside the ACT border near Mount Bimberi during routine monitoring in September and October 2020.

Aerial and ground surveillance monitoring was stepped up in the area, and no further incursions have been detected.

“It is suspected those feral horses have returned to NSW and no damage from this incursion has been reported,” said Mr Gentlemen.

The ACT takes a zero-tolerance approach to wild horses, and its Namadgi National Park Feral Horse Management Plan, released in September 2020, includes cameras and on-the-ground surveillance to detect incursions, and control measures such as passive trapping and humane destruction of horses onsite, aerial shooting, and free-range ground shooting, should they get into the park.

The NSW Government’s Kosciuszko Wild Horse Heritage Act 2018 recognises and protects wild horse heritage values in Kosciuszko National Park while allowing for ‘active management’ of the population to reduce its impact on the park’s environment.

A wild horse heritage plan of management was to have been finalised in 2020, which will identify areas within Kosciuszko National Park where populations can be maintained, and set rules around brumby management.

NSW Deputy Premier and National Party leader John Barilaro, who championed the bill, said last year that the heritage management plan would specifically prohibit lethal culling of brumbies and identify those areas in the park where they can roam without causing significant environmental harm.

He said if they were found in highly sensitive alpine areas, the first course of action would be relocation, followed by rehoming, a policy condemned by environmental experts alarmed at the growth in wild horse numbers and the damage they can do. 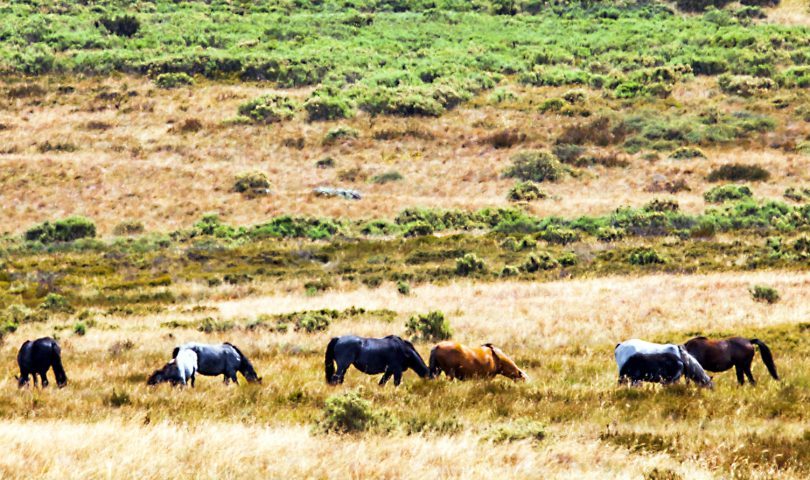 Feral horses are a major threat to the unique environment of the Australian Alps, says ACT Parks and Conservation Service. Photo: File.

Experts say wild horses and other heavy footed animals damage waterways, cause erosion and trample habitat, and if established in Namadgi National Park will threaten the water quality in the ACT’s catchment areas.

Mr Gentleman said there were no resident feral horse populations established within Namadgi National Park, and the current management strategy is focused on surveillance of likely movement routes.

“If feral horses do become established in Namadgi National Park, they will be removed in accordance with the plan,” he said.

Mr Gentleman said the ACT Government is in contact with NSW about the situation and managing the border, and the ACT Environment Planning and Sustainable Development Directorate (EPSDD) recently met with the NSW National Parks and Wildlife Service to discuss feral horse management and monitoring in Northern Kosciuszko National Park.

“The ACT Government regularly contributes to the discussion on the management of feral horses right across the Australian Alps through its involvement on the Australian Alps Feral Horse working group,” he said. “EPSDD also continues to communicate regularly with NSW National Parks and Wildlife Service on feral horse management issues in northern Kosciuszko National Park.”

The 2019 Australian Alps feral horse aerial survey, released in December 2019, showed that feral horses had more than doubled in numbers during the previous five years, from 9180 to 25,318, an increase of 23 per cent a year. And 20,000 of them are in Kosciuszko National Park, a number that prompted NSW Minister for the Environment Matt Kean to say the NSW Government would take steps to reduce the number of horses there “in a humane way”.

But culling will not be one of them.

Good on the ACT government for protecting Namadgi. All pests – deer, pigs, goats and horses – should be culled from national parks.

Can’t see the Brumbies for all the hoofed wild deer..