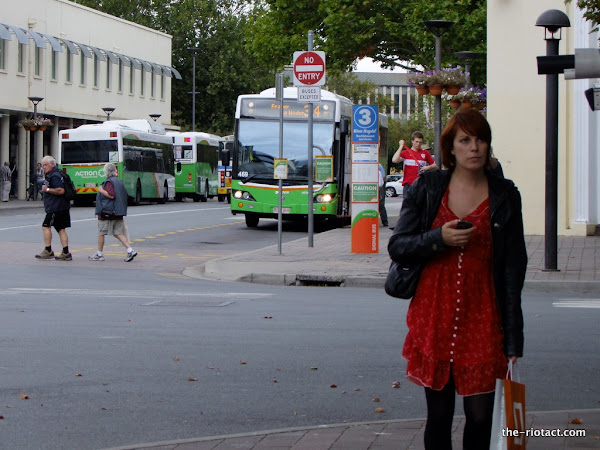 The ABC has a piece on claims by the Transport Workers Union that ACTION is failing to deliver up to 250 promised services every week.

The TWU’s Klaus Pinkas says drivers are working long hours in an attempt to cover the shortfall needed to operate the current ACTION bus timetable.

Mr Pinkas says the main problem is recruitment and retention of staff, and ACTION management should be planning ahead for the next bus timetable introduction.

“There’s a lack of foreplanning when they bring out a new network, Mr Pinkas said.

“They only work out how many drivers they need to run that network about four to five weeks out and then recruit like mad to try to cover the gap. And they haven’t been able to do that. And when there are enough drivers, a lot of the time they are sitting around waiting for a bus, because the workshop is so understaffed.”

Sounds about right.
Nothing new to wait an hour at route stops that the timetable states should have a bus go by every 15 minutes. Still not as bad as the privatised Queanbeyan farce though.

Chris Ellis - 3 minutes ago
Andrew Barr has a developer liberal light problem.... View
Kathleen Hayes - 8 minutes ago
Rooster James I don’t agree. Andrew and Shane are past their use by date. I won’t be voting them back.... View
Vic Hughes - 37 minutes ago
*Labor. And we once had a Liberal government, but they proved little better than the awful Labor government of Follett. Prese... View
News 3

Marea Fatseas - 2 hours ago
Ashley Wright sorry, can you please explain how it makes sense to make Canberra a magnet for waste from interstate? When I lo... View
Ashley Wright - 6 hours ago
Alex Troy Elsworth Adkins it makes sense to me too. But FYI the sidings have long been removed. The space is still there to p... View
David Riddell - 17 hours ago
Unless interstate waste is banned from Mugga the waste could still be accepted even should CRS facility becomes operational.... View
Community 8

Elaine Staples - 8 hours ago
A wonderful place....that will be even better.....and continue to bring people and money to Canberra...that can then be used... View
News 8

Brent Hutch - 10 hours ago
Simon Lynch I'd suggest you need to go check your own facts first champ. Based on your thinking, the ACT should ignore fires... View
Property 7

Travis Harvey - 15 hours ago
Worth every penny. The stress on parents to try to educate their children at home whilst also trying to hold down their regul... View
Bianca Rossetti - 17 hours ago
To me schools opened too soon.. I would prefer to put health before wealth View
News 16

Sally Tregellas Wodzinska - 17 hours ago
I understand that Qantas believes its air filtration in-flight is fine enough to filter out all germs. I do hope so. View
Gabriel Spacca - 17 hours ago
Simon Wheaton How does it work?... View
show more show less
*Results are based on activity within last 7 days

It was a curious election count watch on Saturday night (4 July) as the ABC's Antony Green tried to make...
Opinion 20

@The_RiotACT @The_RiotACT
The new suburb of Whitlam in the Molonglo Valley continues to take shape with a flurry of government tenders for its development. Tenders are out for the first release of multi-unit sites and stand alone affordable housing blocks across Stages 1 and 2 https://t.co/0qT3BR2nKV (1 hour ago)

@The_RiotACT @The_RiotACT
Former Labor chief minister Jon Stanhope has been an unrelenting and credible critic of the Barr Government. Andrew Barr continues to ignore him at his peril, says Ian Bushnell https://t.co/yGnCd0shqL (4 hours ago)

@The_RiotACT @The_RiotACT
Our latest newsletter has all the top stories of the week wrapped up, from the return of COVID-19 to articles about black cockatoos, Tik Tok clips & controversial rock art https://t.co/PHRxmoBngx (14 hours ago)