Action says arriving after the school bell is not late 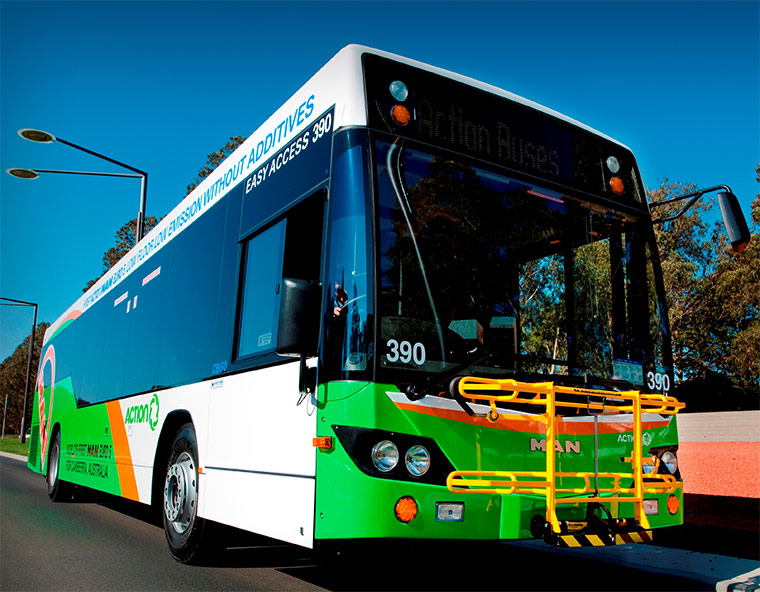 After receiving many notifications from Stromlo High that our daughter was arriving late to school we started logging the times the dedicated Action school bus (route 501) actually arrived.

We informed Action of this issue, only to be told that the bus was rarely if ever late because Action does not consider a bus late until it is more than 10 minutes after its scheduled arrival time.

This may be a reasonable standard of service for a normal bus.

But when the bus is a dedicated school service, arriving after the bell is not on time, it is late.

It is truly bizarre that management at Action could even consider that getting kids to school after the bell is acceptable.

The 501 service is a very long one which either needs to start earlier or be broken into two routes.

That the government considers arriving on time to school to be such a low priority sets a very bad example to the students.

In addition, the school bus does not even enter Coombs, forcing all students to make their way to John Gorton Drive. This is fine on lovely days, but not so good in the middle of a Canberra winter.

In the afternoons there is no school bus service to Coombs at all. Action only runs a morning service. In the afternoons, the students need to take a bus to Cooleman Court and then change to a standard Action bus to get to Coombs.

The government claims it wants to encourage Canberrans to use public transport and is spending billions on the tram. Yet they can’t even provide a bus service that enters our suburb, runs in the afternoon and get our kids to school on time.

We have a parent rep on Transport Canberra's School Bus Liaison Committee and can raise issues there about problems with school buses to public schools. Send us a message via our Facebook page (do include school and route details) and we can table your problems at the meeting.

Unmmm catch an earlier bus? Who’d of thunk it!

There isn’t an earlier school bus. Action provides one school bus per day between that area and Mt Stromlo High.

Any other suggestions that locals should have “thunk” of?

There seems to be an expectation by some people that the only school bus service that goes from their suburb to the school that the government wants them to send their kids to, should actually get their kids to school on time.

I would have “thunk” that would be a reasonable expectation. Wouldn’t you?

Our school bus drops the kids off late every morning, is there someone we can go to about this? It use to come a lot earlier but not anymore....

Rumour: ACTION to provide service dogs to eat homework en route. Boy, they think of everything!

Yep. My daughter used to catch that bus to stromlo but now catches an earlier one so she doesnt have to run to her first class. Its a joke.

I can’t believe that these type of issues are still continuing in a place like canberra.

My son used to have a 7 minute walk to a school at Kambah until the ACT Government and Andrew Barr as Education Minister closed my sons school.

They promised a dedicated bus service and much improved education standards and better school resources. These promises sounded like at least something to partly alleviate the pain.

Unfortunately for my son and the other kids in the suburb, a bus that got the kids to school on time and a better education experience never ever eventuated.

When the timetable has ‘times are indicative only’ on it you know you are in for Stella service. Australia’s public transport is a joke and Canberra is the worst.

The 916 bus is usually 20 minutes late each day getting to Dickson College.

Admittedly last time I used busses was a while ago, but damned if they were ever on time...

This was my daily experience getting the bus from Tuggers to school in the 90s.

The school needs to take it up Transport Canberra. They are the only ones able to request changes and additional services. We have similar issues with the Mackillop buses, some kids have to walk 20 mins to the bus stop in the morning. The afternoon bus services the stop 5 mins away. There’s enough demand for the morning service to change but the school won’t do it and TC won’t do it unless the school requests it.

Why is the bus scheduled to arrive 2 minutes before the bell? Of course it’s never on time!!

An Action bus is never late, everyone else is simply early... 👌 🙄

It arrives precisely when it means to.

They can run late, but not early.

How can you have a school bus service one way and then not the other? Same with the one to Belconnen High. Only a service in the afternoon and the one in the morning got cancelled yrs ago. Action and the ACT Gov't need to up their game with regards to public transport for ALL of Canberra.

Same with the school bus between Gungahlin and Lyneham High. I enquired about this once with ACTION and they said it was because there wasn't enough demand for the morning one. And that it was the school's responsibility to request a service. Because school staff don't have enough to do without having to ask around if anyone would use a certain bus route?

We pretty much gave up and I end up driving an extra hour to drop my child off most days.

HI Elspeth Shannon Rollason, which service to Belconnen High (from where) is only available in the afternoon?

The same with the Gungahlin to Merici Bus- 10-15min late every day. ACTION won’t adjust the bus schedule to take into account the grid lock caused by Gungahlin’s all consuming and never ending roadworks.

get the school to give them a nudge

Bus routes are planned by people who don't use the bus service...

It this a 'Yes Minister' episode?

Need to adopt a more Japanese approach to timeliness

Bec Kelly - 11 hours ago
I think the issue is that the Canberra Times wrote the article - they are after a head line and people to pay for their subsc... View
Annie Mills - 22 hours ago
Exactly, lessons learned after these events are supposed to better prepare for the next time but it seems that there is an in... View
Business 9

Steve King - 14 hours ago
Rip Mark he was nice guy always welcoming my condolences to all his family View
Catherine Seaglove - 15 hours ago
RIP Mark What a rugby player he was !... View
News 26

The peace bell tolls for victims of violence against women

Ask RiotACT: Why does the ACT start school a week late?

@The_RiotACT @The_RiotACT
Australians have banded together to get through COVID-19, but the heaviest burden has been carried by the elderly. Rebecca Vassarotti sees this as an opportunity to better connect with older people in our communities and rebuild a better normal https://t.co/KoRmQL0kZ3 (1 hour ago)

@The_RiotACT @The_RiotACT
For the first time in months, the RiotACT #GigGuide includes gigs that you can actually attend in person as the city slowly begins to open up again https://t.co/FfivcUcpXv (10 hours ago)

@The_RiotACT @The_RiotACT
As temperatures fall, fire risks rise. @ACTFireRescue has reminded Canberrans to be fire safe as we unpack our electric blankets and plug in heaters https://t.co/913CVlZIvu (11 hours ago)