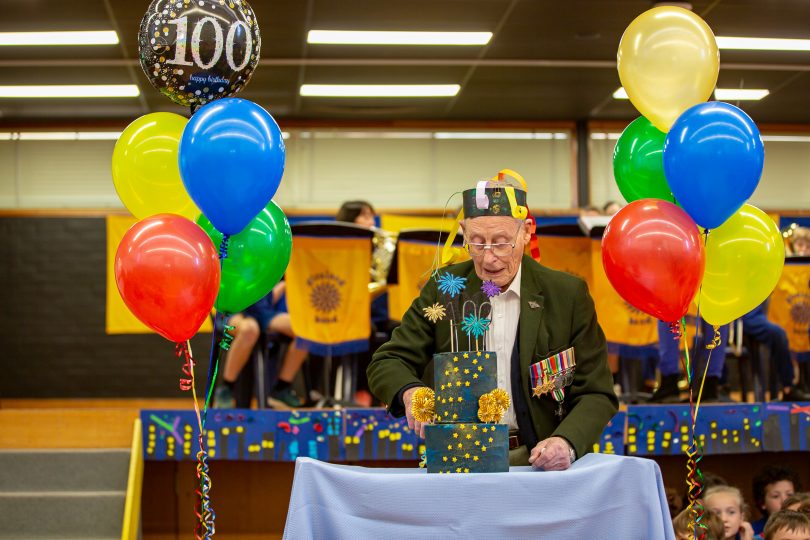 Following the biggest birthday party he has ever been to, John Fleming jokes that if he keeps coming back to Giralang Primary School to celebrate his birthday, the students might get sick of him.

But if you had heard the birthday wishes received and jokes that were cracked, along with the enthusiasm as Happy Birthday rang through the hall of the primary school, 29 June 2020 can’t come soon enough for the kids.

Mr Fleming, who is the ACT’s only remaining Rat of Tobruk, celebrated his 100th birthday with students at the Giralang Primary School on Friday morning (28 June), both a celebration of the centenarian and their school’s decade-long relationship with the veteran.

Each year group took turns bestowing gifts on Mr Fleming, as the school band played Katy Perry’s Firework and year two students showcased their special dance. Mr Fleming said it was the biggest and best birthday party he had been to, not that it feels any different being 100.

“100 doesn’t feel much different than normal,” he said with a smile. “A lady told me there were 350 kids here today so this is my biggest birthday party. It surprised me how many people turned up.

“The kids were all quite proud of what they did and I liked it very much. They are like a second family to me and I would have to be very poorly not to make it here.”

Ever since Ms Smith told her students to research the Rats of Tobruk in 1999, the school has developed a special connection with the valiant veterans and Mr Fleming in particular. 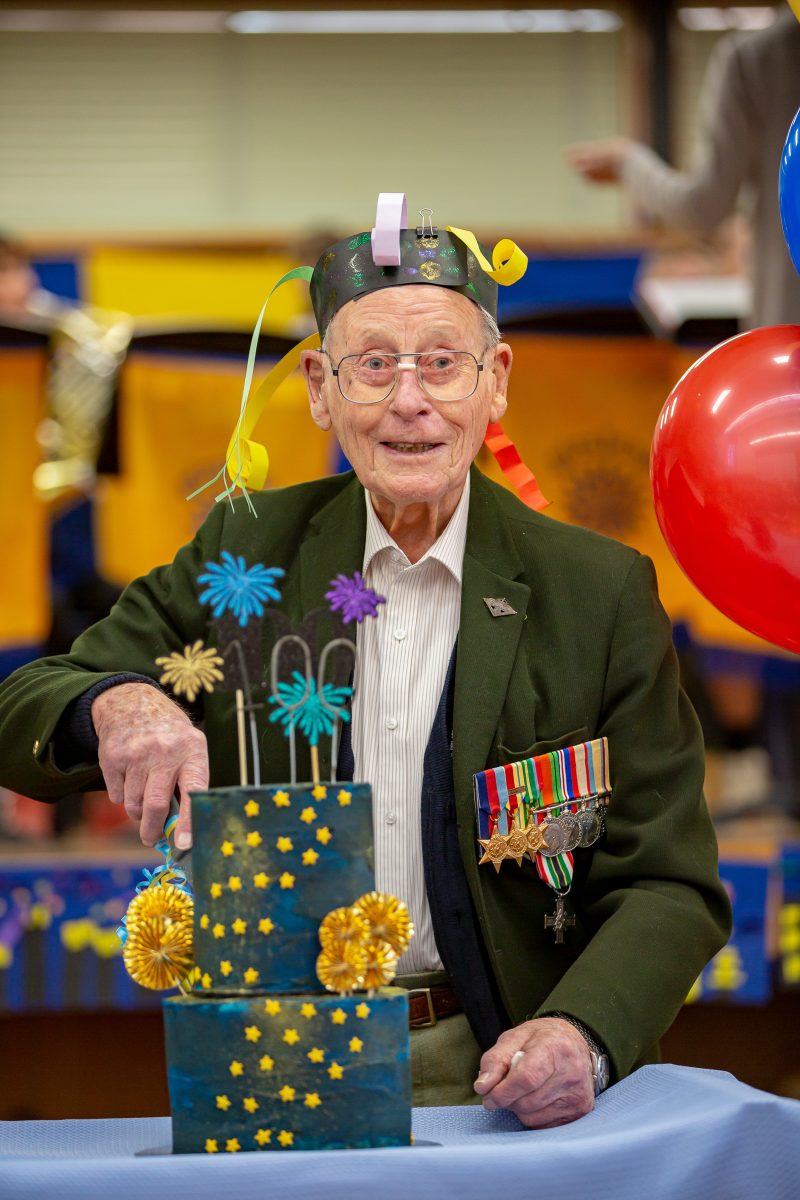 John Fleming, wearing his special birthday hat made by some of the students, cuts his cake.

The students have also created a memorial wall in the school dedicated to the WWII veterans and every year they have invited Mr Fleming to tell his story during their Anzac Day assembly.

“The school has grown tremendously compared to when I first started here,” Mr Fleming shared. “If I make it here to my 101st birthday, I will just tell them I am pleased to be with them.

“They will all be surprised that I am still turning up.”

A dispatch rider for the 9th Division Signals, Mr Fleming was tasked with transporting messages to the frontline. To this day, he still has vivid memories of his time in Tobruk and can recall the injuries he suffered during his time.

“The kids know I have been there and I used to ride a motorbike,” he said, chuckling. “I have plenty of memories, more of El Alamein than of Tobruk. Tobruk wasn’t too bad but El Alamein gave us a bit of hurry up.

“When we were in Egypt, they sent us to Lebanon and as we were going up on the train, there was another train coming down. We said, ‘we won so don’t you buggers lose it for us’.

“I have plenty of memories.” 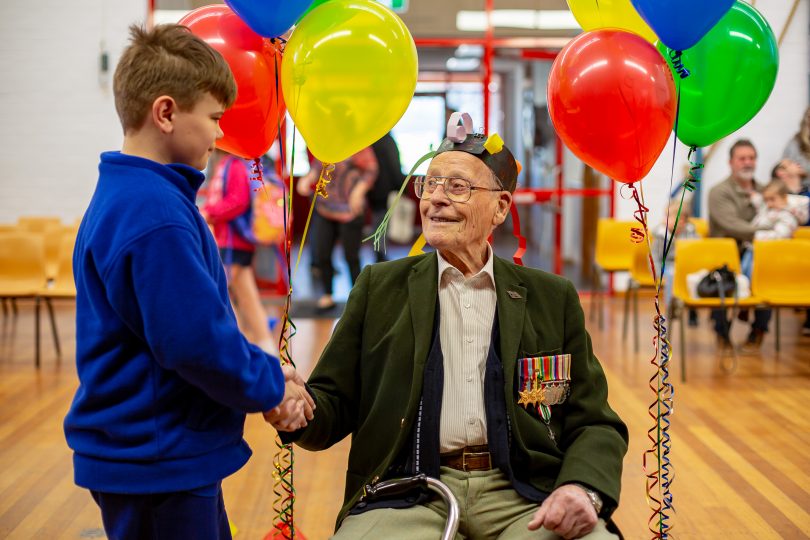 Year six student Sam Knight, who is part of the school band that played Happy Birthday, said it was an honour to have Mr Fleming celebrate his birthday at the school.

“It was awesome and it was such an honour to have him here and we are so lucky,” Sam said. “He is a Rat of Tobruk and it’s awesome that he has lived so long.

“He is the last Rat of Tobruk left so it’s special that he is here with us. He has taught us a lot about the ANZACS during Anzac assembly. He is always there, wearing his best suit and medals.

“I think he enjoyed the party. He was laughing, smiling and I think he was a bit emotional.”

What an amazing grandfather you have Peter Renee Fleming!! Congratulations to a wonderful man!🎉🎉🎉🎂🎂🎂🎂🎈🎈🎈🎈

Brad Fleming is this a realtive of yours?

Rod Phillips No mate. Our clan are all Victorian. O'Briens/ Southwells are our Canberra side

‘It wasn’t all beer and skittles’: 96-year-old WWII veteran shares his story

@the_riotact @The_RiotACT
Did you hear about the bloke who was bitten by a #white-tail spider and doctors had to amputate his leg? It probably didn't happen, but the #spider's fearsome reputation persists without a shred of evidence. Damien Larkins explains https://t.co/5I2pJBKyzw (58 minutes ago)