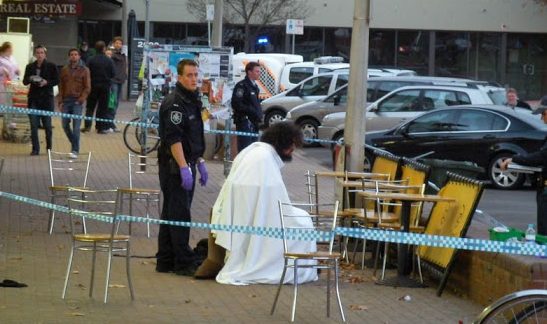 Isa Islam was sentenced in jail for stabbing a man at the Ainslie shops in 2009. File Photo.

The man who has been behind bars for nearly a decade for the Ainslie Shops stabbing is believed to be on his deathbed in Canberra Hospital after a 47-day hunger strike.

45-year-old Isa Islam, born Carl Ewing, has been behind bars since 2009 after he stabbed a man outside an Ainslie takeaway shop. Islam, who was a street preacher and was known as “The Preacher” among local residents, stabbed his Ainslie Village neighbour in a frenzied attack that left the man paralyzed and wheelchair-bound.

Islam began his hunger strike on 9 December, claiming that prison staff refused to let him pray. He was transferred from the Alexander Maconochie Centre to the Canberra Hospital on 10 January due to “increasing health concerns”, where he remains in custody.

ACT Justice Minister Shane Rattenbury said Islam has made a number of written demands which were beyond the authority or legal capacity of the ACT Government, including early release, monetary compensation and settlement of personal debts.

“The ACT Government remains extremely concerned about the detainee’s health and wellbeing. This is a very difficult and challenging situation,” Mr Rattenbury said. “Correctional officers and Canberra Health Service medical staff have been engaging proactively with the detainee. All decisions to date have been made in consultation with him.

“Ultimately, this is a matter for the detainee.”

Mr Rattenbury said the ACT Government was continuing to work with health services to provide “appropriate care and treatment”.

Speaking on ABC Radio from their home in rural Western Australia, his parents Royce and Robyn Ewing described their son’s struggles as “just shattering”, recalling an intelligent boy who had done well at school and enjoyed playing football.

The ACT Inspector of Correctional Services, the ACT Human Rights Commission President and the ACT Health Services Commissioner have all been notified.