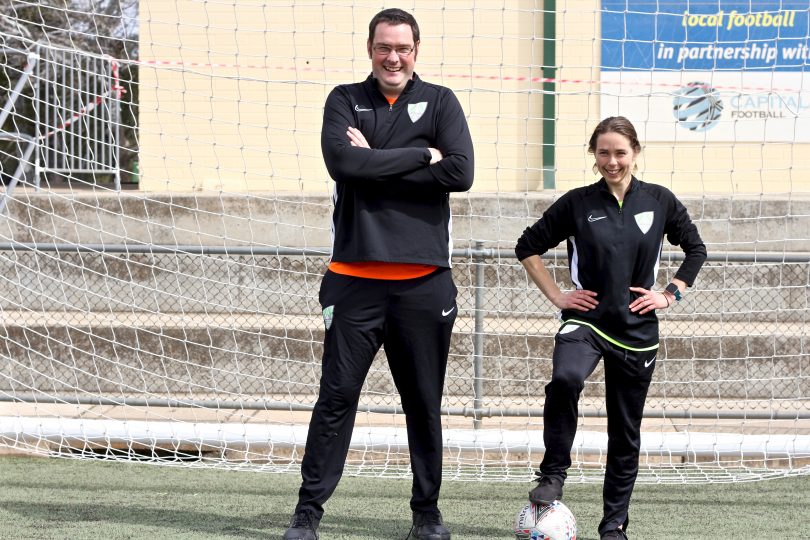 When Matilda Mason moved to Canberra from Western Australia to pursue her love of football, one of the shortest players became larger than life in the Canberra United All Abilities Academy team.

And it means the world to her.

“When I was younger, I had no support or resources – nor did my family,” says the sprightly 27-year-old winger. “I’m finally part of something to encourage the younger generation. I’ve always wanted to help people.”

Matilda has cerebral palsy and epilepsy and wants to empower young women with disabilities to play professional sport, but she is just one of two women in the Canberra United All Abilities Academy.

“I work with Greg, our goalkeeper, and now he is a really good friend and mentor,” she says. “But I’m also learning a lot from the older players as well as the younger players. It doesn’t matter what age we are or what we can or can’t do. It’s important to just be part of it. It’s awesome.”

Goalkeeper Greg Hibberd is a former Paralympic shot-putter who placed fourth at the Beijing Paralympic Games in 2008 and then turned his attention to football as a hobby. However, “things soon became serious”.

“We train hard two to three times a week and I also go to the gym,” he says. “It just takes me a little longer to learn how to perfect my skills.”

Fifteen-year-old Luc Launder was one of the first footballers to join the academy and was on track to play in the Paralympics with the Australian Pararoos until the COVID-19 pandemic postponed the event.

Luc says the academy is a safe space for players to express themselves through sport.

“The Canberra United All Abilities Academy has opened up many sporting pathways for people who may not have gotten the opportunity before,” he says. 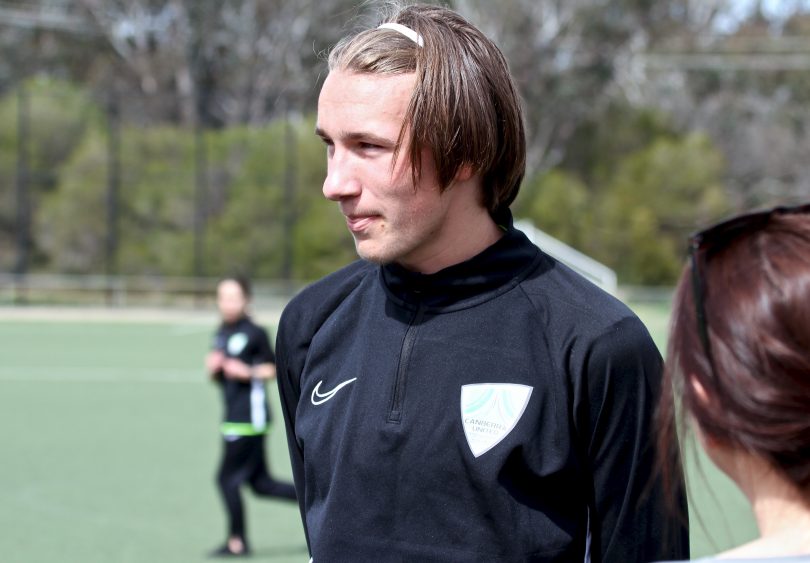 Luc Launder has had to put his dreams on hold of playing in the Paralympics due to COVID-19. Photo: Michael Weaver.

In launching the first dedicated football academy for people with a disability in the ACT, coach Kelly Stirton says it was important to provide a pathway for all-ability athletes who never had an opportunity before.

“All-ability athletes don’t get the same options as other athletes so it was Capital Football’s goal to provide them with an option and to make their sport equal with everybody else’s,” she says.

“We want to make sure each and every one of these footballers is supported 110 per cent, regardless of their ability, on and off the pitch.

“We want to give them an option so they can chase their dreams, whether that be playing football for the very first time or representing the Pararoos at the IFCPF World Cup [International Federation of Cerebral Palsy Football World Cup].” 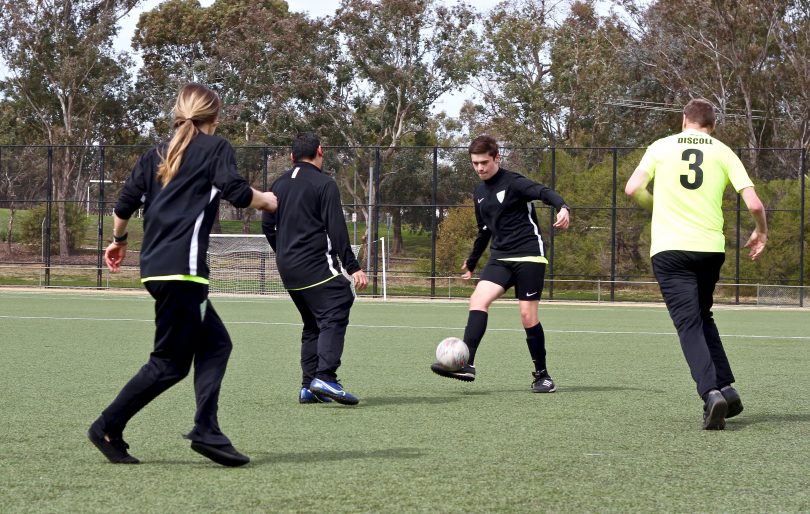 The Canberra United All Abilities Academy is one of the first all-ability football teams aligned with either a Hyundai A-League or Westfield W-League club, and is open to all footballers with cerebral palsy, an acquired brain injury or symptoms acquired from a stroke.

Nineteen footballers have joined the academy to train twice a week with accredited coaches at Hawker Football Centre.

Capital Football CEO Phil Brown says the Canberra United All Abilities Academy proves that football is a sport for everyone.

“Capital Football has a united goal to create opportunities that enable everyone to participate in our great game,” he says. “The academy is open to all, from experienced players such as Jason Driscoll, who was part of the inaugural Pararoos squad in 1999, to some of our youngest footballers such as 10-year-old Jayden Wallace-Bourne.

“Last year, our coach, Kelly, was the first female head coach of a team at the National Cerebral Palsy Football Championships, leading a Capital Football team which had three female footballers – the first three to ever play in the tournament.

“While COVID-19 delayed our launch, it has been great to see our footballers join the academy and we hope to see the numbers grow during the coming years.”