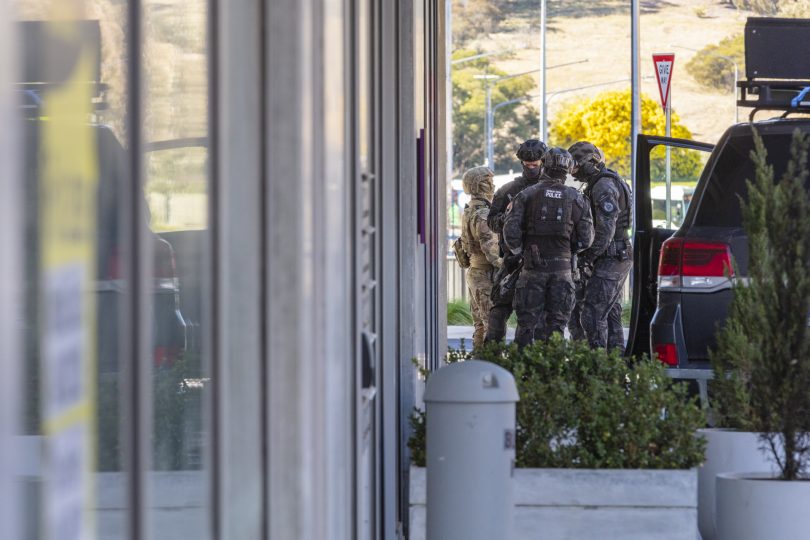 Law enforcement at the scene of the Abode Hotel Belconnen shooting on 18 August. Photo: Thomas Lucraft.

The person accused of shooting a man in the leg outside a Belconnen hotel in August will fight his charges.

ACT Policing said police were called to the car park of the Abode Hotel on Cameron Street in Belconnen at about 9:30 am on 18 August following reports of a man being shot.

A 56-year-old man was found with a single gunshot wound to his leg. He was taken to hospital and had surgery for his injuries.

Police searched the area around the hotel but were unable to locate the gunman.

On 19 August, Kasey Tyson King was arrested after a police pursuit that allegedly spanned multiple Belconnen suburbs and went into Karabar, NSW, where he is accused of using his vehicle to ram a police car.

READ ALSO Man hospitalised after Belconnen shooting, no arrests made

Mr King, 21, from McKellar, was later charged over the shooting. He appeared in the ACT Magistrates Court via telephone on Friday (10 September).

His lawyer, Lauren Skinner, said he was being held in custody and would plead not guilty to charges of recklessly inflicting grievous bodily harm, discharging loaded arms and threatening to kill another person.

Magistrate James Lawton noted the not guilty pleas, remanded Mr King in custody and adjourned the matter to 22 October.

“OK, thank you,” Mr King said before hanging up the phone. He has been in custody since he was arrested on 19 August.

He has also been handed driving charges over the alleged pursuit, including dangerous driving and driving at police. 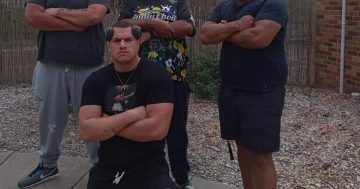