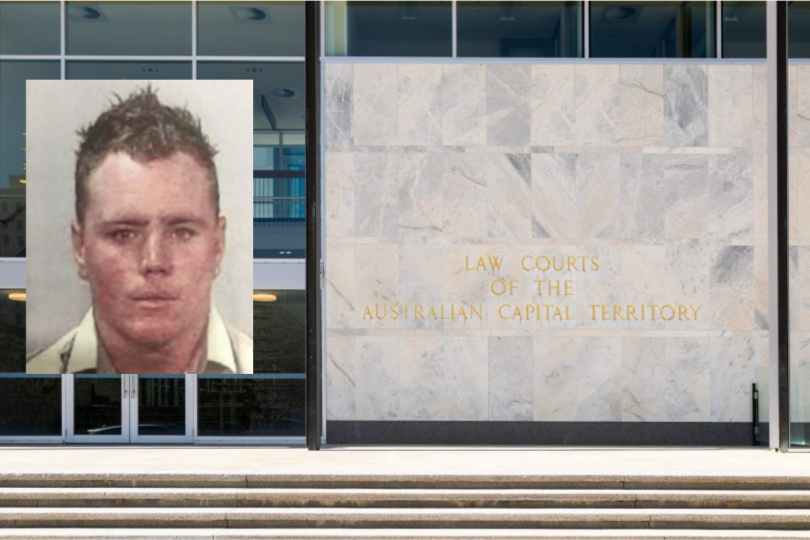 After a casually employed labourer was spotted driving without a seatbelt, he allegedly tried to run from police before being found in possession of more than $30,000 worth of meth and $10,000 in cash.

ACT Police allege Stuart Michael Taylor, 32, had in his possession 41 grams of methamphetamine, also known as ‘ice’, which is almost seven times the trafficable amount.

But when interviewed by police after his arrest, the Rivett man allegedly told police the drugs were all for him.

Court documents show police were on patrol in Canberra on the afternoon of Monday, 29 March, when they allegedly saw Mr Taylor driving a Volkswagen without a seatbelt.

When they pulled him over, he appeared nervous, “speaking quickly, stuttering, looking around and [he] kept placing his hands in his pockets”, according to the statement of facts.

Mr Taylor allegedly attempted to run away from the officers, but gave up after 200 metres.

When arrested, he allegedly had two bags of ice in his pocket, weighing 40 grams, and two mobile phones.

In his car, police also allegedly found one gram of ice, digital scales, a used glass pipe – commonly called a ‘meth pipe’ – and a bumbag containing $10,250 in cash sitting on the front passenger seat.

In an interview with police, Mr Taylor told officers he had taken meth two days before being arrested and that all the meth he allegedly possessed was for him.

Police said he was not able to provide a legitimate reason for obtaining the cash.

Mr Taylor has been charged with drug trafficking, possessing property suspected of being the proceeds of crime, as well as being an unlicensed driver and drug driving.

He appeared in the ACT Magistrates Court on Tuesday, 30 March, via audio-visual link, and became visibly upset when told he would not be leaving custody ahead of his next court date.

Earlier, he had applied for bail with his lawyer, Ms Zhang from Legal Aid, saying he was motivated to not commit offences if he was bailed because his son is due to be born in two weeks’ time.

Ms Zhang also said while he may have allegedly run from police, he did surrender after 200 metres.

Magistrate Louise Taylor said if Mr Taylor is found guilty it is highly likely he will face a jail sentence.

She refused his bail application and adjourned the case to 15 April.

surrendered after 200 metres? or just caught and cornered like a rat in a trap?