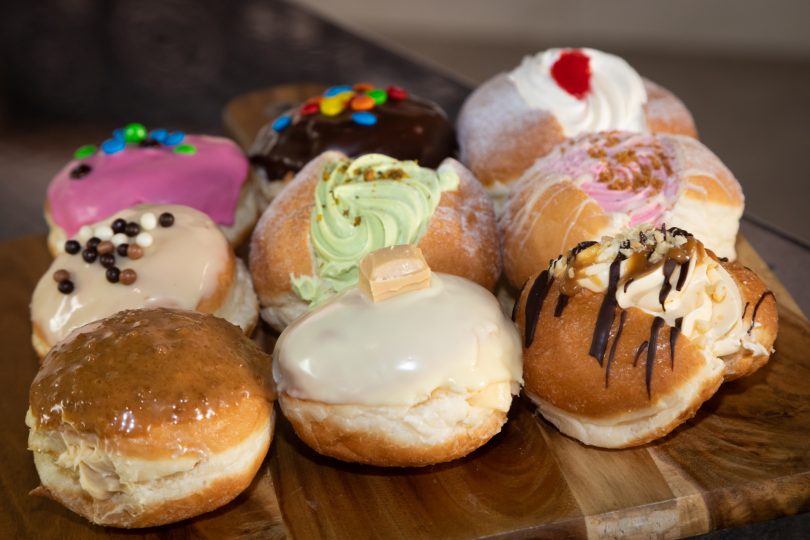 A selection of doughnuts from Mrs Kim’s Donuts, believed to be the source of a record number of food-poisoning cases. Photo: Michelle Kroll.

The number of people affected by a possible food poisoning outbreak has risen to 190, making it the largest ever seen in the ACT.

Scores of locals have taken to social media in the past fortnight recounting experiences of vomiting, diarrhoea and nausea after eating food from the Kingston doughnut store.

Mrs Kim’s Donuts on Tench Street voluntarily closed for a few days at the end of last week after the initial reports of food poisoning. They removed their Facebook and Instagram pages, but reopened last weekend before closing again this week.

Thomas, a Kingston resident, was given a box of six doughnuts from the store on Saturday, 27 November, after the store reopened and believes he may have been a victim of the outbreak.

He ate the doughnuts on Saturday and Sunday.

At about 2:30 am on Monday, he reported vomiting for “five hours straight, fairly routinely every 45 minutes or so”. He also suffered diarrhoea. 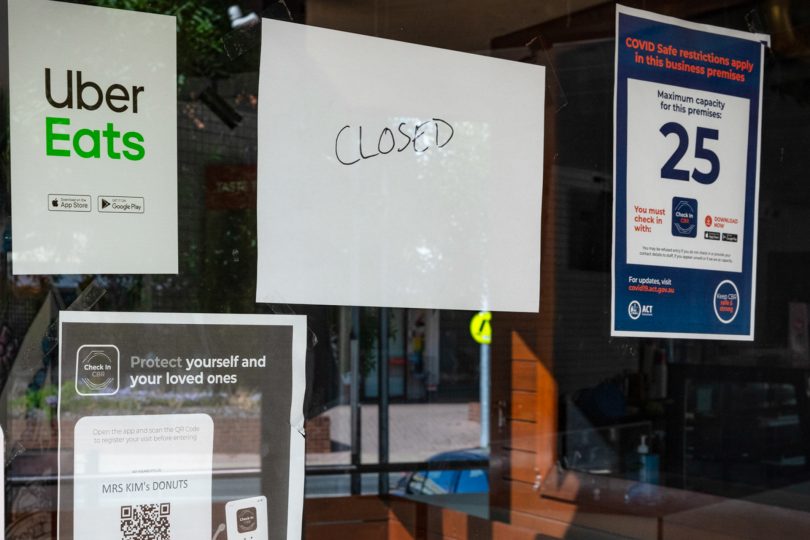 Mrs Kim’s Donuts was not open for business this afternoon. Photo: Region Media.

His experience echoed reports on social media of Canberrans who bought doughnuts at the store between 20 and 24 November.

“It was probably the worst feeling that I can remember,” Thomas said.

“I definitely can’t recall another time when I slept on the bathroom floor so I wasn’t more than a few feet away from the toilet.”

ACT Health confirmed that as of 12 noon today (3 December), about 190 people had been identified as experiencing similar symptoms that may be attributable to purchasing food from the same business between 20 and 24 November.

Thomas has not reported his symptoms to either the business or ACT Health, but his experience falls outside the timeframe indicated by ACT Health. 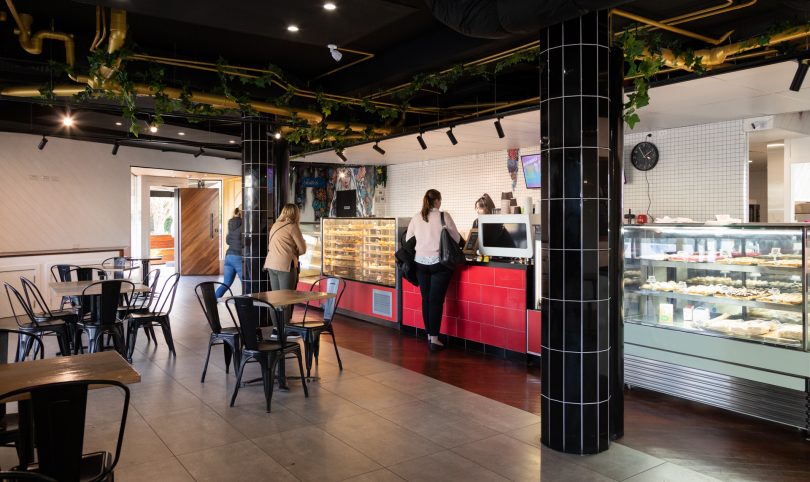 Thomas said the symptoms resolved the next day, but not his appetite. He didn’t eat anything on Monday, and only a couple of pieces of fruit on Tuesday.

“It certainly seems like there’s a connection, especially with so many other similar stories floating about.”

The doughnut bar opened in July 2021 and had enjoyed enormous success, selling more than 1000 doughnuts every day.

Thomas said he has bought doughnuts from Mrs Kim’s once before and tasted nothing unusual in this latest batch.

The number of cases overtakes Copa Brazilian, where 161 were poisoned by bad aioli in 2013. Further investigation by ACT Health put the blame for that episode on the supplier, not the restaurant.

ACT Health officials are investigating the latest incident, but have neither named the business responsible nor pursued any legal action. A spokesperson expects to see a drop in the case numbers over the coming days.

“We manage risks in our lives all the time, but we can’t manage risks if we aren’t being given any information. The very least the government can do is explain what they are investigating and when it will conclude,” she said.

“If there’s a COVID-19 case in your shop, everyone gets to know about it.”

Region Media has reached out to Mrs Kim’s Donuts for comment.

The Facts need to explained ASAP this is possibly quite serious.

Camille Martin - 9 minutes ago
Milenko-Slavenka Jovanovic then what is it to you either? View
Greg Hollands - 27 minutes ago
How's the tennis going? View
Phil Hopkins - 29 minutes ago
Good article Tim View
Opinion 142

Errol Jobsz - 34 minutes ago
$10 million won't go far on that road. View
Brett Griffiths - 1 hour ago
Excellent! It’s the best bypass road, onto Jerangle then Bredbo, for when the Monaro highway is shut down, as it was recent... View
Topher Garlik - 2 hours ago
10mil that will fix the pot holes, if they serious can double that 💰 View
News 5

JC - 45 minutes ago
Is it the place of government or media to commemorate someone in that way? Whilst I cannot imagine what it would be like to l... View
Futureproof - 54 minutes ago
I have COVID and in isolation. I needed to see the doctor for another matter, but couldn’t due to being infected. So now, I... View
kenbehrens - 2 hours ago
There seems to be a trend to talk down the loss of someone to Covid, by referring to them as a number, minimising the signifi... View
Lifestyle 20