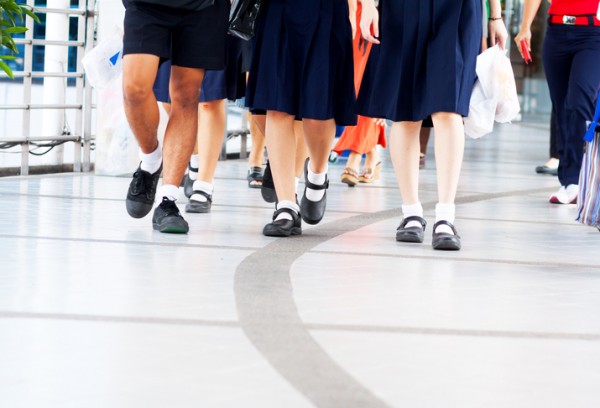 ACT Labor has completed a series of health promises and moved on to election commitments in education, starting with a $100 million announcement today.

A re-elected Labor government would invest $85 million in capital for upgrades to Canberra’s public schools between 2017-18 and 2020-21, building on school infrastructure spending of more than $70 million between 2012 to 2016.

The party said it would also respond to the planning and infrastructure pressures facing non-government schools as a result of the Federal Liberal Government’s failure to honour the inter-governmental “Gonski” funding agreement.

This would involve the allocatation of infrastructure grant funding of $15 million over four years for non-government schools on a needs basis, consistent with the Gonski funding principles, the statement said. It would include infrastructure and facility upgrades to cater to the needs of children with a disability.

According to the statement, if Gonski was honoured by the Federal Liberals, the needs-based funding increases many non-government schools had seen in the last two years would continue, which would free up the proposed ACT government funding to be reallocated on a needs basis to the public system.

Labor would also provide funding of $100,000 for minor works at schools to facilitate easier access for sporting groups, multicultural groups and other community users, building on work carried out in 2016.

In June, the Canberra Liberals committed to spending $85 million on schools if elected in October, with $65 million of that allocated to public school upgrades and the remaining $20 million to boost resources in the Territory for students with special needs.

It’s surely a good thing that both the Government and Opposition have entered a race to see who can spend the most on education.
Good education is perhaps the most important function any government can provide its people.

But does buying Tablets and improving infrastructure (toilets, refurbishing classrooms etc.) improve education? Perhaps it does, I don’t know.

Surely some teachers read this forum.
I’d be interested to know where they think extra money should be spent.

So they are going to spend more money in schools and more money in health? The ACT Government is already running a deficit budget and carrying a large debt so where is all this extra money going to come from?

Maybe big cuts in policing or roads or maybe the ACT public service? Maybe they are just going to jack up rates or fees and charges?

The money has to come from somewhere.

Mark Ellis is a Liberal Democrats Candidate for the seat of Kurrajong.

Why does it suddenly seem like Labor are in opposition?

Where is the money coming from?

Why do we have to put up with the ‘safe schools’ propaganda that parents can’t ask their kids to be excluded from or have any right to review the material for.

ACT is like a snow-globe, you have to shake it up once in a while for it to work properly.

ACT Labor using your own money to buy you off this election. I wonder how many people in the inner north are going to vote against Labor when the tram here. There won’t be a reason to keep them, and therefore most of the network will never make it.

If this truly was a priority, an almost-fifteen-years-old Government would have dealt with it, or at least have made a very good start, and would be going to the election saying “look at what we have done to upgrade ageing and inadequate school facilities”, rather than asking for another four years in which to get started on priorities such as this.

I am concerned that neither Party is focussing on improving Student performance, but instead are focussing more on School capital investment.

By a number of measures (particularly NAPLAN) Tuggeranong public school performance has been declining rapidly and has fallen way behind the rest of Canberra. Indeed according to performance tables Tuggeranong Primary Schools fill 5 of the bottom 7 places and all 5 High Schools fill the bottom 6 places. They didn’t used to perform this badly in comparison to the rest of Canberra. How can ACT Labor have saved so much money by closing so many Tuggeranong schools and then they don’t put the money saved into ensuring a decent education for kids from the area. (particularly low socio economic kids who need more support).

While a good policy, I’m with the 2 previous comments, where are they getting all of this money from for the promises? This is very concerning especially when this is timed with this article: http://www.canberratimes.com.au/act-news/act-election-2016/acts-gossamerthin-surplus-threatened-by-list-of-unfunded-commitments-20160915-grgxcv.html which states that the surplus that Barr has been pushing out for the last few years (2018/19) of only $16m now has to somehow fund all of these promises.

I understand that they must see some writing on the wall regarding the potential loss, but spending like a drunken sailor, year after year, after year, must come to an end sometime soon. I hope more people start to realise that all of these promises are just unaffordable and something has to give. How much more can Barr raise our rates? Is it going to quadruple in the next couple of years?

Again, the question must be asked, “Where is the money coming from?” Probably the savings made from neglecting the public servants’ long disputed pay rise, or yet another levy on our rates bill.

The Liberals have already jumped on this as yet another example of Labor copying their policies. You are quite right to ask about where Labor is going to get the money from. Not that long ago they were trying to say that the Libs spending commitments would mean 1,200 ACT PS jobs would have to go, which was quickly rubbished by media and economic analysts as a massive overstatement. However Labor now seems to matching or even committing to spend more than the Liberals on health and education, while not only keeping stage 1 of the tram, but committing to stage 2 starting construction before the next election, without any costings, and advertising they will build a light rail network for the entire city. Given the differences in promises, using Barr’s own theory, Labor must be planning on cutting 2 – 3 times as many ACT public service jobs as the Libs.

I think someone called for a spendathon meter for the ACT election in an earlier thread. It may not be a bad idea.

Again, the question must be asked, “Where is the money coming from?” Probably the savings made from neglecting the public servants’ long disputed pay rise, or yet another levy on our rates bill.

William Coats - 2 minutes ago
The Act Greens who have supported labor for all but one of the last five terms of government went to the last election with t... View
Kerry-anne Stafford - 53 minutes ago
I’m a mum of 7 and was made homeless last year. ACT housing had me in a holiday park in Watson where I had to pay $600 a we... View
Lauren Herbert - 1 hour ago
Lesli Cameron from the act: “The principal of security of tenure still underpins Housing ACT tenancies to a large extent. I... View
Property 6

@The_RiotACT @The_RiotACT
Veteran organisations have welcomed the Federal Government's announcement that it will establish a Royal Commission into Defence and Veterans Suicide https://t.co/qpHIPzY1Vh (43 minutes ago)