And the Enlighten headline act is… INXS 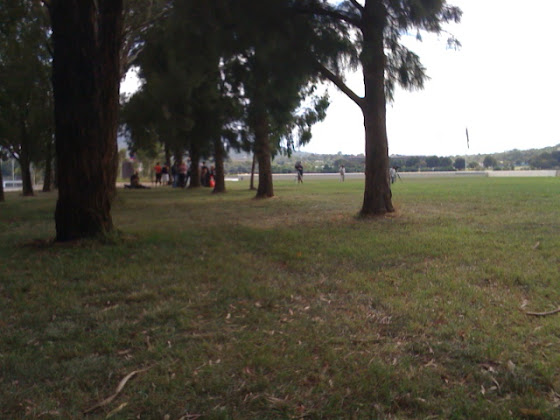 We don’t fall for cheap media stunts around here.

But an expensive media stunt?

And so a small media scrum waits in reconciliation place for the headline act of the Enlighten festival to arrive by Helicopter.

UPDATE 1: 10:50… still waiting. A nut is advertising his skateboard shop. ACT Government employees look at each other and hope someone else will do something about him.

UPDATE 2: 11:10 Two members of INXS have emerged from a black helicopter. I’m heading back to the bunker to decant the photos and no doubt there’ll be an announcement shortly.

back to sleep then….

That wasn’t hard to guess…..

Allan AJ - 9 minutes ago
Scott Lang you should of knuckled down early on and bought in your 20’s not try to start doing it in your 40’s. View
Jp Romano - 1 hour ago
Margaret Welsh you’re wrong. Shadow me your facts. View
Scott Lang - 3 hours ago
Allan AJ , perhaps you are right. But I'd be looking for something at half that price. Unlike the older generation, I have to... View
Opinion 19

Phạm Quới-Chi - 13 hours ago
We spotted not just one , but three black cockatoos in Isabella Plains 😍 View
David Ironside - 17 hours ago
Tracey Ironside yes there a few around Fadden recently View
Sandy Gibbs - 17 hours ago
Kathy Little Suzy Obsivac these are the ones we saw on our walk today. Timely article!... View
Opinion 1

O L - 22 hours ago
Great, that means little to no federal funding coming our way View
Annie Mills - 22 hours ago
Ben Winkler I have a sneaking suspicion that people in the bushfire affected areas are so desperate for the help they have be... View
Craig Griffiths - 1 day ago
I've become convinced over the years that tabloid media have a psychological code in the messages they put out during electio... View
show more show less
*Results are based on activity within last 7 days