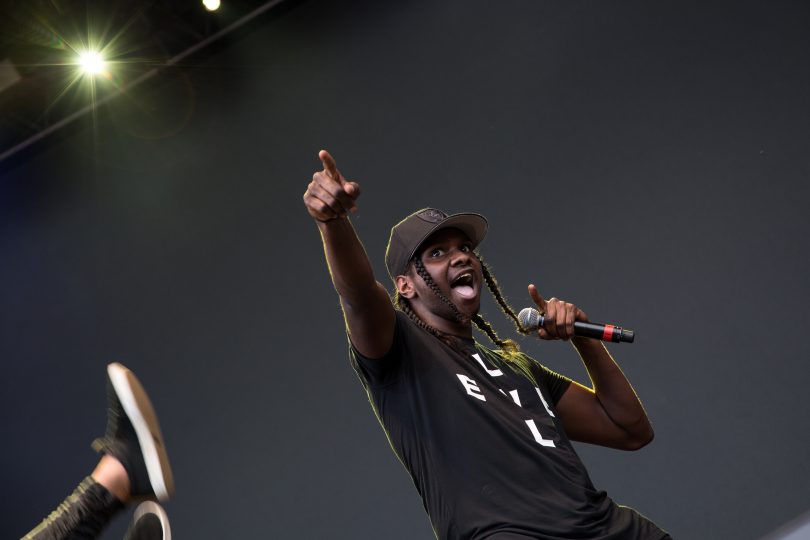 In Arnhem Land they call Baker Boy the ‘fresh new prince’. His totem is the Olive Python, his moiety is Dhuwa and his skin is Burralung/Gela boy. Photo: Supplied.

The inaugural Giiyong Festival on September 22 will be a celebration of traditional and contemporary Aboriginal culture, and a unique event for South East NSW.

Giiyong will be the first event of its type held within the Yuin Nation, which stretches from the Shoalhaven River down into East Gippsland in Victoria and across to the Great Dividing Range.

Alison Simpson, Program Manager from Twofold Aboriginal Corporation says, “The festival will provide an opportunity for everyone to participate, experience and share in the diversity of Aboriginal culture.”

Some of the most exciting Aboriginal performers in Australia will take the stage at the Giiyong Festival, including powerful headline acts ‘No Fixed Address’ and ‘Baker Boy’. 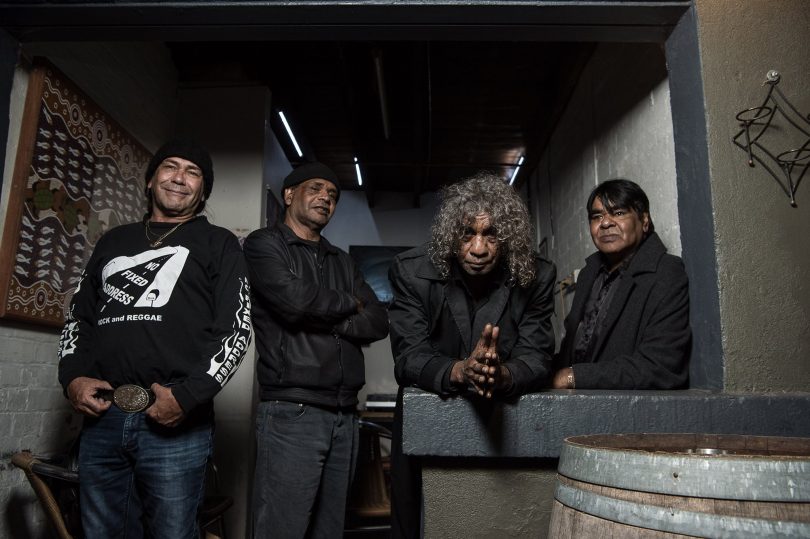 No Fixed Address, based in South Australia, have not only performed with Cold Chisel but also with INXS, Men At Work, Midnight Oil, Goanna Band, Redgum, and Mental As Anything. Photo: Supplied.

The program is being updated daily as more acts are being added to the bill.

No Fixed Address came together in 1979, influenced by punk music and hard-rock outfits like ‘Deep Purple’ and ‘Kiss’, this seminal band from Adelaide has gone on to earn a place in Australia’s musical history as the first Aboriginal band to break into mainstream music.

Fresh from a recent national tour and on the eve of releasing their new album, No Fixed Address will bring incredible history and spirit to Giiyong.

Danzal Baker – aka Baker Boy, delivers high energy rap and dance with cultural reflections while putting his Yolngu language front and centre of his music. You’ll hear Baker Boy’s single ‘Marryuna’ on radio stations across Australia, his energetic show will headline the festival and he leaves a bit behind; hosting a dance workshop for fans. 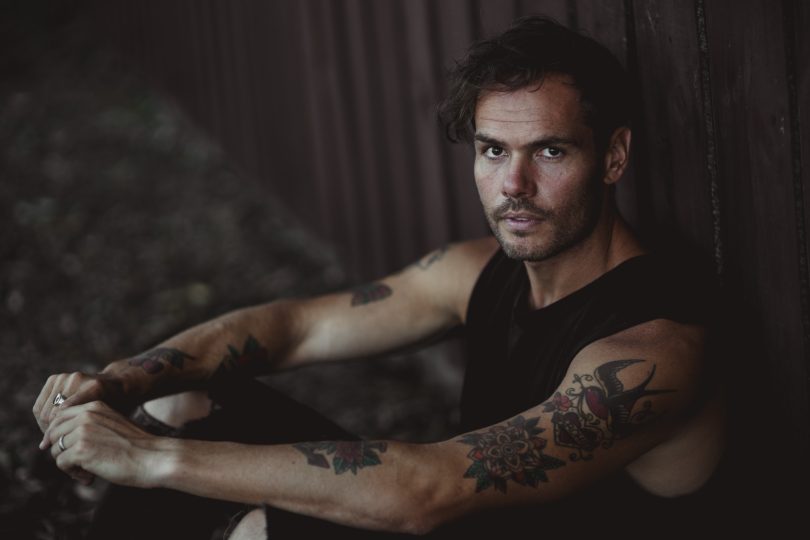 Yorta Yorta singer/songwriter Benny Walker is the real deal. His love songs and epic tales are mixed with a passion for people, the land, summer vibes and deep grooves that reach the soul. Photo: Supplied.

South East Arts are working on a number of community projects in the lead up to the festival, watch out for original songwriting and hip-hop video projects with the ‘Grow the Music’ team at the Bega and Eden Marine High Schools.

Talented singer-songwriters Chelsy Atkins and Corinne Gibbons will also work with local primary schools to produce a very special performance for the festival.

Apart from the entertainment program, people on the day can experience a variety of cultural workshops including weaving, shellwork, cooking, wood burning, bush medicine and more.

“The Giiyong Festival is a unique chance for the entire community to come together to celebrate, absorb and explore Aboriginal culture,” says Andrew Gray, South East Arts Manager.

“The festival is the culmination of five years work by South East Arts to support the development of Aboriginal creative producers and performers in the region.”

Aboriginal artists, craftspeople and creative producers are invited to register their interest in having a stall in the Giiyong Arts Market at the festival. Food vendors are also asked to register on the website. 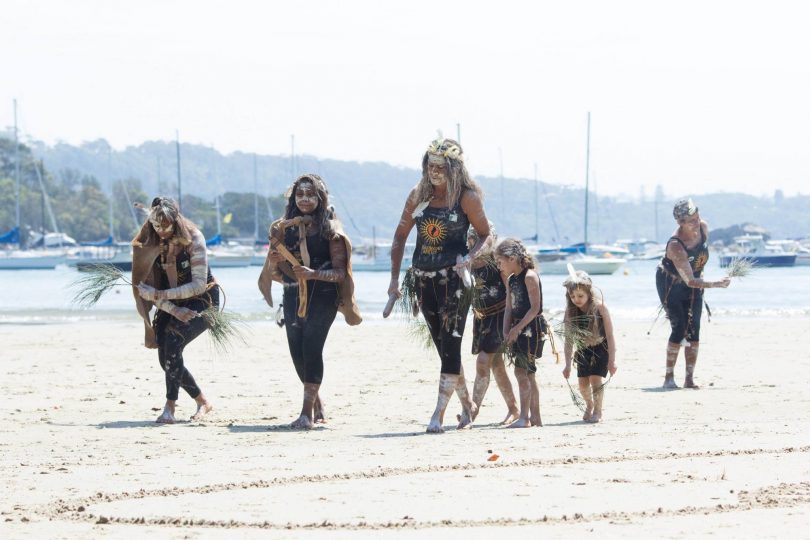 “The idea is to bring community together from all over, to celebrate the wonders of Aboriginal culture through music and art,” Mr Lygon says.

Jigamy is a well-known property between Pambula and Eden on the pristine shores of Pambula Lake, owned and managed by Twofold Aboriginal Corporation and is home to the Monaroo Boberrer Gudu Keeping Place.

Want to get involved?

The Giiyong Festival team is calling for people who are interested in volunteering at the festival to go to the Festival website and register their interest.

Volunteers are needed for a number of roles including patron services, site decoration, exhibition monitors, setup and pack down and more. Volunteers will undertake cultural awareness training before the festival. 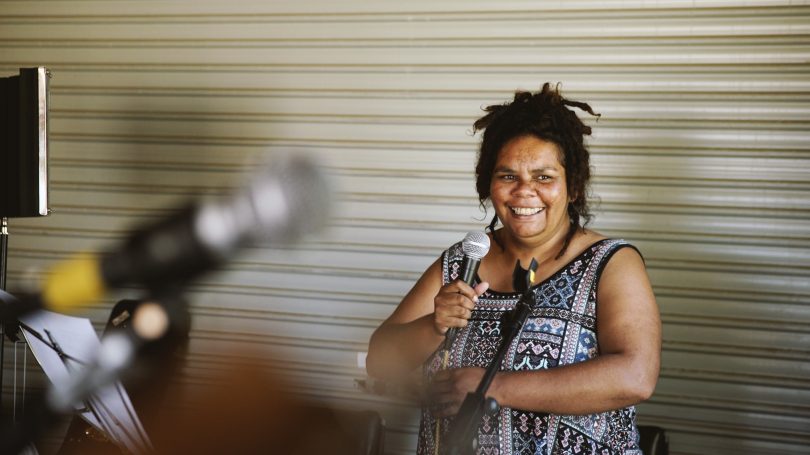 Alison Walker from Wallaga Lake has been honing her performance skills through Grow the Music programs offered by South East Arts. She will perform at Giiyong Festival on 22 September. Photo: Grow the Music.

fridgemagnet - 3 minutes ago
"these people" are anyone in the community. It is a mixed use recreation venue, runners, walkers, horse riders, road and moun... View
flimflam - 19 minutes ago
Stromlo is not like the Arboretum - the Arboretum is well away from residential areas. If you want to visit the Arboretum but... View
Capital Retro - 26 minutes ago
Why is there even a car park at a bike facility in the first place? These people want everything for free. View
News 245

Assid Uous - 22 minutes ago
Marc Blackmore While supply is certainly one of the key considerations, suggesting it is the only lever or factor at play her... View
assiduous - 49 minutes ago
Are you trying to imply the ACT government has no control over the rate of land release and social housing stock by character... View
assiduous - 54 minutes ago
Sorry Jorie1, i can agree with you that the ACT government has a lot to answer for, but in that case so do the voters who put... View
News 45

willondah - 3 hours ago
Totally totally agree. Always several steps behind; always reactive. If it wasn't for Perrottet we would have been hunkered d... View
JS9 - 13 hours ago
Any actual evidence to support a claim of a 'mass exodus' to Queanbeyan to shop? There must have been some either exceptional... View
News 41

Capital Retro - 12 hours ago
With the main activities of Event Hospitality and Entertainment being Cinema exhibition operations in Australia & New Zealand... View
News 5

@the_riotact @The_RiotACT
Filled up lately? If it seemed a bit more #expensive than usual, you're right. Canberra #petrol prices are starting to climb, but they're still way below Sydney, Melbourne and Brisbane https://t.co/k8rDN6AkHA (37 minutes ago)