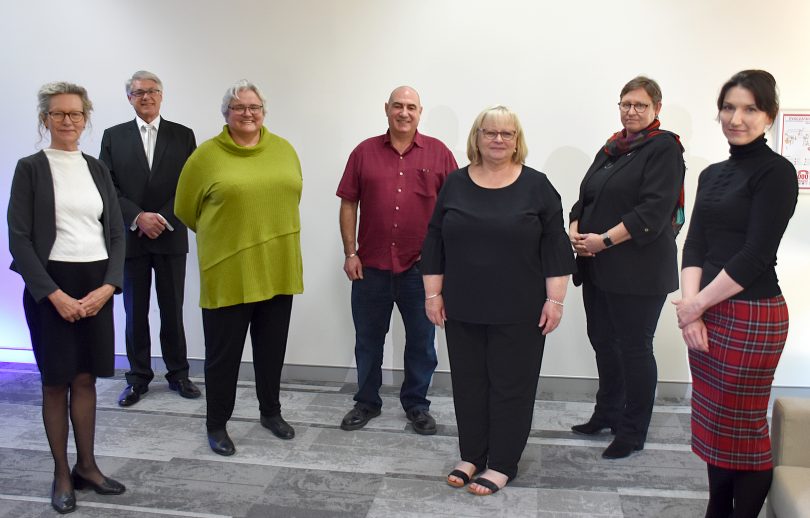 Bushfires and the COVID-19 pandemic have thrown a harsh light on some of our comfortable assumptions about poverty in the Canberra region.

In the same pre-election week as the ACT’s politicians argued about planning reform, billion dollar budgets and how to manage rapid urban development, it was a good time to ask where poverty fits in?

Anti-Poverty Week, which ran from 11-17 October, happens every year and focuses on real, ongoing needs in the ACT and surrounding region. A panel convened by the regional committee, and participants including Vinnies and Woden Community Service, brought together some of Canberra’s leading voices to discuss measures to reduce poverty and homelessness.

ACT Australian of the Year Katrina Fanning, homelessness expert Felicity Reynolds and social justice advocate and sociologist Dr John Falzon identified stigma, a lack of cohesion between services, and housing in Canberra that’s not culturally and socially fit for purpose as problems.

The panel heard that public and social housing, for example, is often only fit for small nuclear families at best and fails to recognise that living with extended family can be the main support mechanism for many who are struggling.

All three speakers challenged the idea that poverty was the fault of those who find themselves in it.

“It comes from poverty, from targeted generations of government policy that undermined our ability to participate in the economy,” she said.

Complex social problems that contribute to poverty are often not recognised by government systems where funding and program development happens on a short electoral cycle.

Woden Community Service CEO Jenny Kitchin says COVID-19 has shone an uncomfortable light on problems that have been building for a long time because supports, including access to extended families or other assistance, have been stripped away.

“COVID-19 has dramatised existing problems,” he said. “There are lots of people in our community in difficulty. The fires worsened that, then COVID-19’s impact was horrific.

“Think about the number of people who were out in Dickson with nowhere to go, no public facility and no public parks. Then you see the impact of them coming to the Vinnies shop saying they need help and support. They have nowhere else to go.”

Ms Kitchin and Mr Van Wyk believe the isolation imposed by the pandemic has exacerbated almost every issue for our most vulnerable people in the community.

“If there is no opportunity for your concerns to be acknowledged – to be seen as a person, to know where you can get help – then we’ve got a problem,” said Mr Van Wyk.

They both gave plaudits to the ACT Government for pulling together an effective response to those people with high and complex needs. CatholicCare’s Axial Housing pilot program has successfully housed a growing number of Canberra’s long-term rough sleepers and support service organisation OneLink helped broker hotel room accommodation during the COVID-19 lockdown.

Ms Kitchin said the challenge is for it to continue now we know what can be achieved.

“The task for WCS is to reduce isolation and give people a way to form strong networks,” she said. “We’ve observed that COVID-19 can be an opportunity because it shows us what is really doable when there is a crisis.”

She points to initiatives such as $1.5 million in emergency food relief from the ACT Government and opportunities to significantly increase online contact with people who are isolated.

“We had volunteers dropping off food on doorsteps,” said Ms Kitchin. “There was a community response we hadn’t seen before and contact with people who were hard to reach and needed help. Why not keep that $1.5 million of emergency relief every year?”

She added that proactive poverty relief can be surprisingly cost effective.

“I’m really interested in breakfast programs for every school and every child across the community,” she said.

“It’s one of the lowest investments and highest returns on preventing poverty for children if we feed them every morning. It’s such a small community oriented initiative that we could do so much with.”