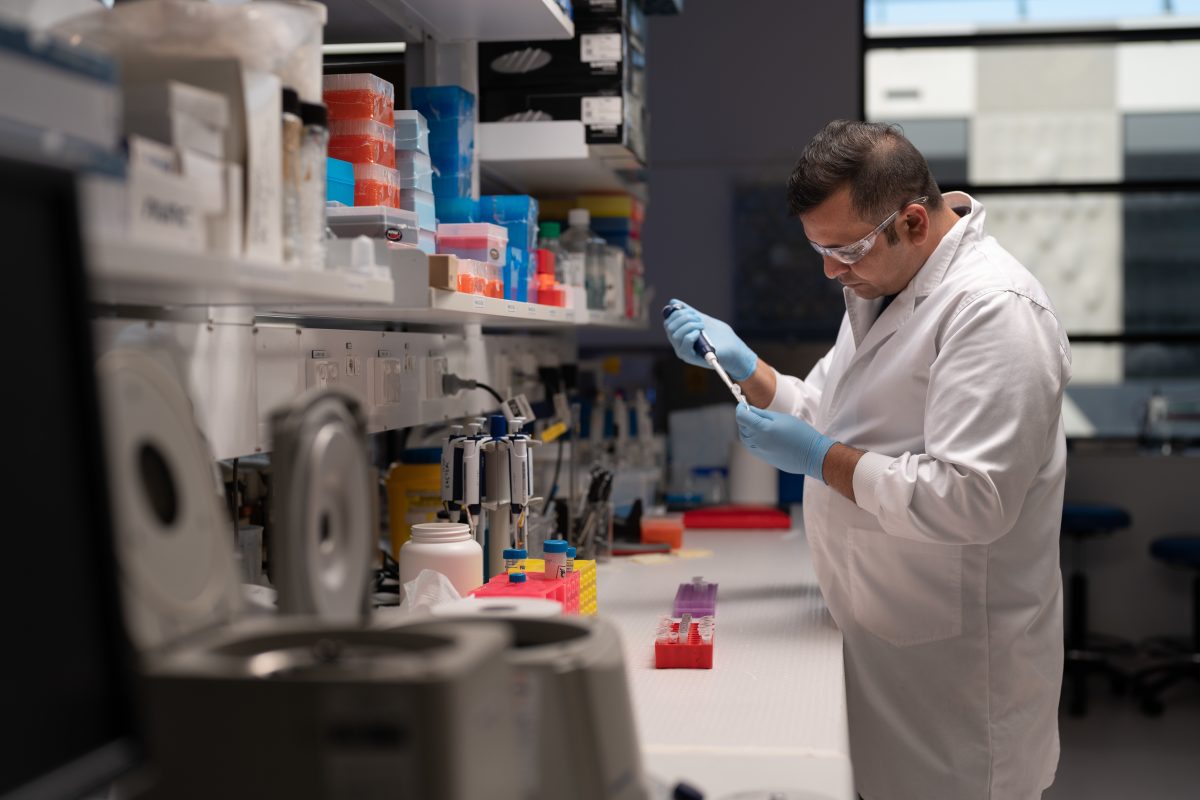 A DNA database of First Nations Australians is being created at the ANU National Centre for Indigenous Genomics in the hope to improve health outcomes for Indigenous peoples. Photo: Jamie Kidston/ANU.

The rich genetic diversity of First Nations Australians is being analysed by a supercomputer to help health outcomes for Indigenous peoples.

NCIG bioinformatics lead Dr Hardip Patel said this was a unique opportunity to address a “representation gap” in genomic datasets between Australia’s Indigenous and non-Indigenous communities.

“This project will generate datasets for First Nations peoples to help doctors provide a timely diagnosis to patients and improve health outcomes for them.”

About a quarter of all genetic variants present in First Nations Australians do not occur anywhere else in the world, according to preliminary data from NCIG.

“For Indigenous Australians with rare genetic illness, this means an unwieldy large number of variants remain to be ruled out as normal and harmless,” Dr Patel said.

“This causes unwarranted delays and an occasional lack of genetic diagnosis for Indigenous Australians compared to people of other ancestry.”

Dr Patel said the large amount of genetic variations being discovered in Indigenous peoples could be due to their culture’s 60,000-year history.

“The idea is that for each population, you genetically evolve over time … so for the last 60,000 years, the people have been adapting to local environments and geography,” he said.

With DNA’s use in the medical space increasingly changing, NCIG has been working towards building the database for the past 10 years.

Dr Patel said when someone presented with a potential genetic disorder in the past, tests targeted five or 10 genes that could be responsible. Now an entire DNA sequencing test could be ordered.

“That’s where this database comes in useful, as common variations are unlikely to be causing a genetic disorder,” he said.

“You’re then left with only a handful of variations [in the DNA] to see what is causing the disorder.”

While many rare genetic disorders could not be treated, knowing which genes were causing them opened the door to potential treatments. 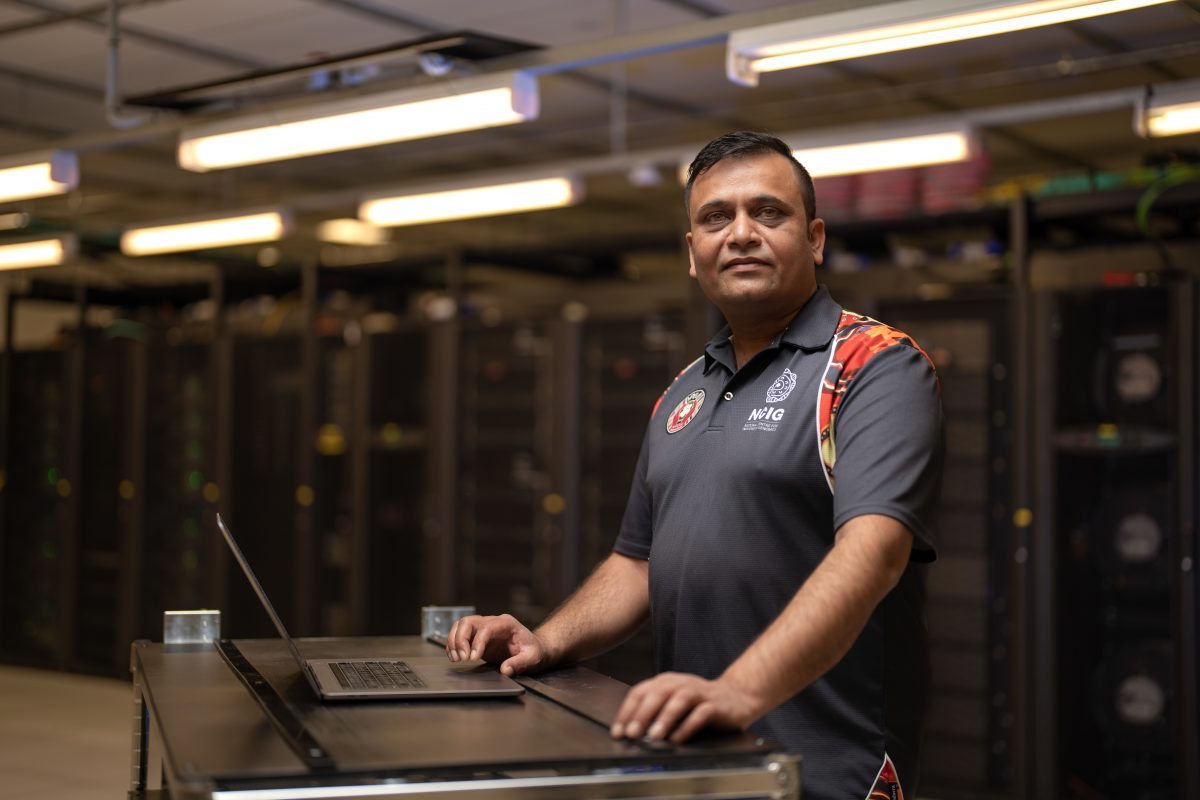 Dr Hardip Patel says a supercomputer (pictured) will be used to identify which genes are contributing to illnesses in First Nations peoples. Photo: Jamie Kidston/ANU.

The project also acknowledged the cultural sensitivities and anxieties that could occur for Indigenous Australians when it came to their bodies being used for science.

Communities in northern and central Australia have been approached with the aim of collecting DNA samples from more than 500 First Nations Australians.

At the same time, an historical collection of 7000 blood samples from 35 different Indigenous communities at NCIG is being examined.

NCIG deputy director and Gimuy Walubara Yidinji woman Azure Hermes said the team was working with these communities to receive consent for each sample to be used in the database.

“If they’re determined as not ok to use, we either dispose of the sample or send it back to Country for a ceremonial burial,” she said.

“We’re answering all questions they have, as all the feelings people have about these samples are quite valid.

“It’s about working through those emotions and saying, `yes this happened’, and while we can’t change that, we can figure out what to do now.”

She stressed not only would the samples be protected and safe, they were being used to progress Indigenous health and medicine.

“They’re trusting us to use a sample that they may not see any benefit from,” Ms Hermes said.

Dr Patel agreed that trust and support from First Nations communities was paramount to the project.

“This is not time critical, it is more critical earning that trust … without that trust and support, this type of genomic research cannot happen.”

So, could a gene data base confirm that people claiming to be aboriginal are indeed that?

It undoubtedly is, just don’t mention it on twitter.