Chinese students at the Australian National University (ANU) told Region Media that they have not experienced racism or bullying in Canberra. Photo: Region Media.

Students at the Australian National University (ANU) have contradicted claims by the Chinese Government about rampant racism in Australian after China advised its citizens against travelling to Australia due to “an alarming increase” in racial violence.

Yumeng Jhang, a student at ANU studying actuarial practice since February 2019, says she has not had any negative experiences studying in Australia, and would still recommend that Chinese international students travel here.

“I have never experienced any [racism or bullying] on campus or elsewhere and I have quite enjoyed my studies in Australia so far,” she said.

“I think it is not true because as an international student here I did not feel any [racism], I do not know why they [the Chinese Government] would say that. If my friends ask me whether to go to Australia to study or not, I will still recommend it.

“I have only heard [of incidents] from the news but not amongst my friends or classmates.”

It was a sentiment shared by accounting and finance student Alicia Sun, who has been studying in Australia for the last four years.

“It is quite a good experience to study in Australia. The weather is quite good and another thing is our university has good policies for the international students and the Australian people are very nice,” she said.

“We live here, so we need to do the shopping and groceries and all the staff that work in the stores are quite good. For me, it is a very nice experience here, so if my other Chinese friends want to come [and study in Australia] I would highly recommend it.

“In Canberra, there are not many cases [of racism and bullying] but in other cities like Sydney and Melbourne, there are a few of them that are racist.”

The Australian Human Rights Commission said that one-in-four people who lodged racial discrimination complaints between February and March linked the racial incidents to the pandemic – a figure echoed by the Chinese Government.

The report also found that Australia’s Asian communities faced “a compounded level of stress” because of racism.

“For a while, there have been many discrimination cases against Chinese nationals, Chinese Australians and even Asians in Australia, which were also reported by Australian media.

“Some Australian politicians and media called the novel coronavirus ‘China virus’ and … any Chinese in Australia were insulted or even attacked. Some Chinese and Asian families’ properties were vandalised. Chinese and Asians encountered unjust treatment at [their] workplace.” 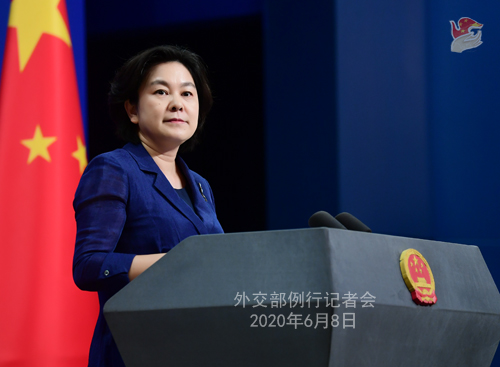 Chinese Foreign Ministry Spokesperson, Hua Chunying, says there has been increased racism against the Chinese community in Australia. Photo: Chinese Embassy in Australia.

Federal Trade and Tourism Minister Simon Birmingham said the assertion had “no basis in fact”.

The ACT’s Multicultural Affairs Minister Chris Steel also reaffirmed that Australia and its capital were safe places for Chinese students to live and study.

“Canberra is a welcoming and inclusive place that makes it an attractive place for all international students to study,” he said.

“We have a zero-tolerance for any form of racist behaviour and work with students to actively celebrate their culture and the vibrancy that they bring to our international city.

“Of course there is more that can be done to tackle racism and … we believe that there’s a need for a national anti-racism strategy with an effective campaign to address racism supported by all Australian governments.”

The economic impact of China’s travel warning on an already struggling tertiary education sector is yet to been known, but universities like ANU and the University of Canberra have already lost a significant amount of revenue and local expenditure from Chinese students who have been caught up in the travel ban.

Just over 65 per cent of the ANU’s international students are from China. 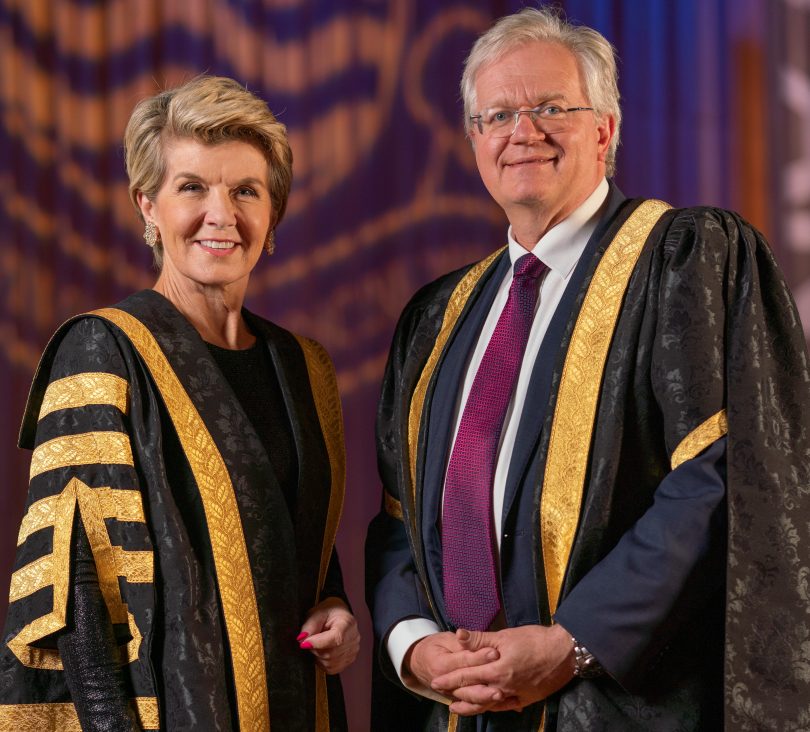 ANU Chancellor, Julie Bishop and Vice-Chancellor Professor Brian Schmidt say the University is proud to welcome students from all over the world. Photo: Lannon Harley via ANU.

While ANU did not respond to questions about being overreliant on international Chinese students for revenue, Chancellor Julie Bishop touted Canberra as one of the safest cities in the world.

“We celebrate the fact that our campus is a diverse community and that it is safe and welcoming to people of all backgrounds,” she said.

“Our students consistently tell us that their time at ANU is positively life-changing. We look forward to continuing to welcome students from all over the world to ANU, to our community, to our campus and to our capital city.”

I think Canberra is a very internationally and diplomatically minded city, with a long history of diplomatic presence, staff and relations in Canberra and the communities. But the reports of attacks and vandalism in Australia can’t be denied. The evidence in the media reports speak for themselves. The universities also have business interests in the portrayal of agenda and situation for students.

So, let me get this straight, there is no racism in China? Lol They won’t even let their own muslim population exist in society. Pot.Kettle.Black.

There’s racism no matter where you are. However I’d like to think that Australia is one of the more moderate and tolerant societies. It’s a place where I’m certainly comfortable living in. But reading between the lines, it’s a shame that the relations between the two country have degenerated so quickly to this point. There’s certainly bigger issues at stake and I hope that we are working towards improving relations and strengthening ties in mutually beneficial ways. A good and strong relationship with clear boundaries and respect has proven to be rewarding for both countries. 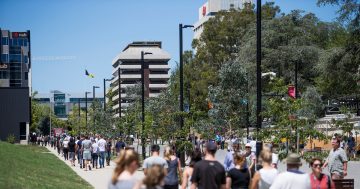