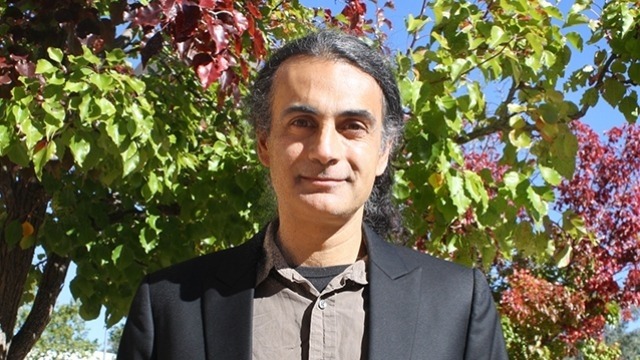 The ANU has moved quickly to fill the top job at its troubled School of Music after the surprise announcement that Professor Ken Lampl would be stepping down as Head of School from 1 February.

Dean of the College of Arts and Social Sciences, Professor Rae Frances advised staff on 31 December that his replacement would be Associate Professor Kim Cunio, appointed for a three-year term.

Professor Rae said the appointment was made after an internal selection process.

An Associate Professor in composition and convenor of musicology, the new Head of School is an accomplished researching composer and performer and was awarded an ABC Golden Manuscript Award in recognition of his work with composition and traditional music.

His music has been performed around the world, including the White House, The United Nations, NGO’s, and festivals in multiple countries. His list of commissioning organisations include the Olympics, The Art Gallery of NSW and The National Gallery of Victoria.

Associate Professor Kim Cunio publishes extensively, is a leading figure in artistic practice research, and is co-director of the ANU Music Press, being launched later this year.

“I look forward to working with Kim and the School of Music to continue the implementation of the University’s response to the recommendations of the 2016 Podger Review, and to secure the long-term future and stability of the School. I am sure you will all give Kim your strongest support,” Rae told staff.

“My thanks once again to Ken for his invaluable contributions as Head over the past two years.”

The Podger review found the School suffered a climate of distrust, emotional stress, poor management and falling standards, and called for an overhaul of governance, academic direction, financial management, culture and its role in the community.

A key recommendation included appointing a head of school “for a substantial fixed period to lead the change process”.

More recently the School has had to weather the storm over the axing of the H-Course secondary school program after the ACT Government redirected funding.

Majella Kesby - 33 minutes ago
Ross Courtney because it was initiated by the National Council for Women ACT. I'm sure if you started canvasing businesses, y... View
Samantha Cooper - 33 minutes ago
This is a great idea and glad to see it being promoted and put into action but why “women and kids” and even their pets I... View
Barbara Boswell - 5 hours ago
Have a bus (LR) licence, can I be of help ???? View
Motoring 30

Capital Retro - 3 hours ago
Indeed, 29% were made in China one recent month and most of those went to Europe. Most other EV brands are made in China. If... View
Capital Retro - 5 hours ago
If a diesel engine needs an operating temperature of up to 600 degrees to "clean it up", why do they all now come with Diesel... View
Ol L - 6 hours ago
Tesla’s for one are Chinese made. A luxury car tax on a Chinese car? Please…… View
News 1

Tim Gardner - 5 hours ago
Agents are not being fair in this current market, I know of 2 sales in 2 weeks that the asking price was accepted, then the a... View
James Watt - 7 hours ago
Joel Suryawanshi if you were selling your house, wouldn’t you want your agent to maximise your sale price? Not sure why the... View
News 1