The Department of Science has the news that the ANU’s Professor Ken Freeman has won the 2012 Prime Minister’s Prize for Science:

In April 2010, an unusual party was held under the clear skies of the Namibian desert. It was an international science conference to celebrate the 70th birthday of Professor Ken Freeman, the Duffield Professor of Astronomy at the Australian National University’s Mt Stromlo Observatory, a man regarded internationally as Australia’s most renowned astronomer.

Among many other achievements, Ken is perhaps best known for putting “dark matter” on the galactic map. In 1970, he published a paper showing that what we see of galaxies – as stars, gas and dust – is only a small fraction of their mass. The rest is invisible, dark matter. It’s a finding which changed the course of astronomy. But that was only the beginning of his career.

More recently, in 2002, he became a founder of what today is one of the hottest fields of investigation in astronomy, galactic archaeology – determining the age and movement of stars in our own galaxy through analysing their chemical composition. The aim is to work out how galaxies were constructed. And the field has become a major driver in the commissioning of new ground and space-based telescopes.

Now, after nearly 50 years of shaping and changing the human view of galaxies and the Universe, Professor Ken Freeman has been awarded the 2012 Prime Minister’s Prize for Science. 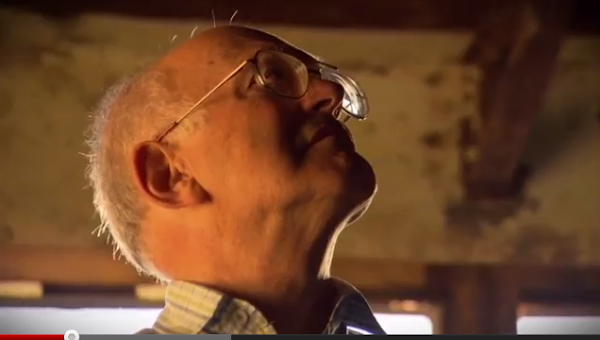 Physics Nobel Laureate Brian Schmidt said last night that a big part of why he moved to Australia was so he could work with Ken.

54 PhD students and 5 Hubble Fellowships! When Isaac Newton said “If I have seen farther, it is by standing on the shoulders of giants” he was talking about people like this guy.

Sometimes we lose sight of just how many amazing people we have in this little town of ours here.

Daniel Bryan - 4 hours ago
This, Oaks, A+A, Grand Central, Ivy, and Trilogy definitely bringing more residents into the Woden valley isn't a bad thing.... View
Michael Jayfox - 5 hours ago
Mat Barber please explain how you think that new parking ramps will stop it from being an eyesore View
Tristan Wellens - 6 hours ago
Will only rent for about $500 a week per smaller unit 👌🏻 View
Food & Wine 4

Josh van Limbeek - 8 hours ago
What a great article! My Mum is a Red Hatter and she has so much fun too ❤❤ View
Jo Jo Joey - 9 hours ago
Barbara Bennett, I love how much enjoyment your ‘red hatters’ gives you’ 🎈💜❤️💜 View
Property 27

Elroy Jones - 8 hours ago
Peter Bee there are a lot of places it could go. Majura the most recent I’ve heard. View
Christopher Cuba Rabanal - 9 hours ago
Better lighting around the carpark View
Andy Sell - 9 hours ago
2 words mate, lite rail View
News 17

Mookie Moo - 9 hours ago
Assuming this means 80% by Oct within the adult population only? Because roughly 20% of the population would still be kids, w... View
Community 35

Theresa Rowan - 11 hours ago
Margaret Smith was in my class at St Clare's a gentle soul RIP. View
show more show less
*Results are based on activity within last 7 days

@The_RiotACT @The_RiotACT
Michelle Heyman's stunning return to football began with a simple question on Instagram: “Hands up if I should make a comeback to the W-League?" https://t.co/UNn8rDWuj3 (8 hours ago)

@The_RiotACT @The_RiotACT
The 2021 Australian of the Year is Grace Tame. Grace is an outspoken advocate for survivors of sexual assault, particularly those abused in institutional settings https://t.co/Q6nMb1PGRL (8 hours ago)

@The_RiotACT @The_RiotACT
Times have been ruff, so @QTCanberra has rolled out the pet-friendly red carpet & opened its doors to allow furry best friends in their luxury hotel rooms https://t.co/V89hSF18w9 (9 hours ago)