Art as protest in a time of Entropy 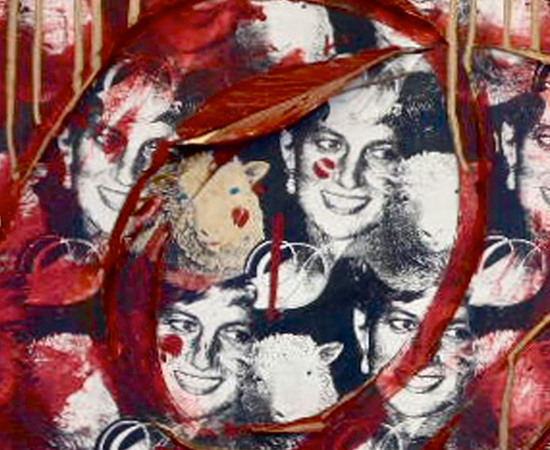 In a new exhibition at Tuggeranong Arts Centre, titled Entropy, six local artists respond to various aspects of the titular theme, each presenting work which comments on some form of observed entropy, through painting and mixed media, digital photography and installation. They are Caroline Ambrus, Lucile Carson, Judith Collette, Margaret Kalms, Annette Schneider and Barak Zelig.

Entropy is a concept which while at first unfamiliar, can be seen played out in the politics of any given day, unfolding within social structures and illustrated in a range of scientific disciplines. Unsurprisingly, it is regularly explored by artists.

One of them, Annette Schneider, shares how protest has become her medium of choice as she investigates a range of environmental concerns illustrative of the earth careening towards destruction and its final entropic state. Schneider is outspoken on issues such as coal seam gas fracking, destruction of the Great Barrier Reef and old growth forests, and violence against women. Her friends have come to understand that, at any given time, she may be otherwise engaged: in a protest, chained to something, under arrest or all of the above.

In the late 1970s, Schneider began investigating environmental destruction at a time when there was hope for global unification in the face of climate catastrophe, or for technological solutions to a range of issues. She says:

“I wrote an essay about “The Greenhouse Effect”. Then I went on with my life of education, artistic expression, nurture and protest to highlight the failings of our humanity and lack of care for our environment. I built a house from recycled materials, raised a rural family and watched Australia’s environment, political sense, and humanity fade. We have become ruled by greed and short term comfort”

Since then the entropic pattern has escalated, aligned with humankind’s ecocidal addiction to coal, oil and gas. Intense, record-breaking floods, droughts, storms, heatwaves, ice melts, acidity, anoxia, rising tides, quakes and eruptions are causing mass causalities of species on land and in the sea.

For Schneider, the issues became too pressing to simply illustrate or respond to in her art practice, and she was increasingly compelled to engage in a more public, defined activity.

“…most of us are only just coming to recognise the predictions that climate scientists have made for over one hundred years. I decided that action was more important than words or artistic expression. 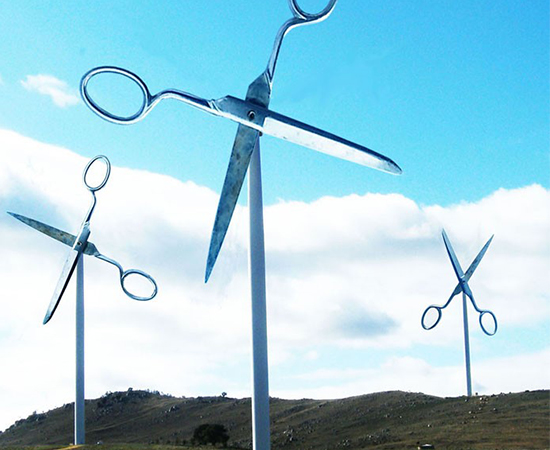 Protest became my main form of artistic expression and this is what I have based this (current) work around, using predominantly recycled materials and reflecting my despair that our combined action will be too little, too late, for the rescue of complex life on Earth from fossil fuelled ecocide. Life will go on, but we may not.”

The last word rests with Schneider.

“Art is the essence of humanity, an expression of beauty, a yearning for knowledge and hope for the future. Unless we can turn ourselves around as a species and quit fossil fuel extraction and consumption, art is dead and so are we.” 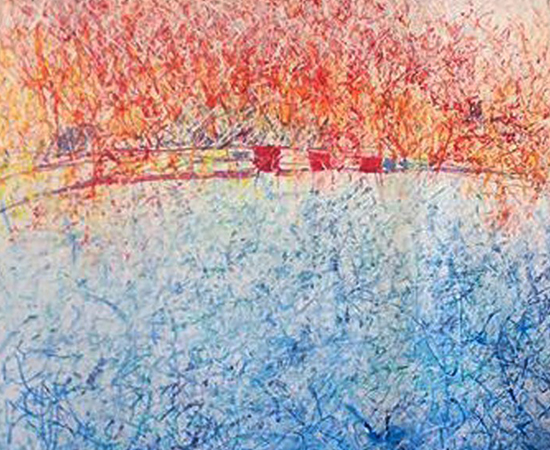 Entropy is on exhibition from Thursday 30 August until Saturday 15 September at Tuggeranong Arts Centre.

Do climate change and environmental destruction move you to protest? Do you think art can be an effective form of protest?