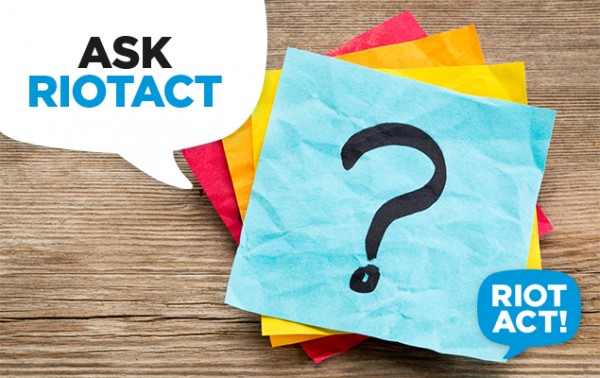 Just wondering if anyone heard what sounded like either gunshots or light explosions around the Woden / Weston Creek area early yesterday morning?

Any clues what the noise was? There’s been nothing in the media about it so far but I heard a whole heap of people querying it on 666 yesterday.

Just wondering if anyone has heard anything since. Saturday night I saw a small flash followed by what was like an explosion. This is in the Swinger Hill direction. I was not sure, but it has bothered me all day. Thought I would see something on news today, but nothing.

Could have been a power line short.

These are more prevalent in the wet weather and we have been getting a lot of that lately.

Just wondering if anyone has heard anything since. Saturday night I saw a small flash followed by what was like an explosion. This is in the Swinger Hill direction. I was not sure, but it has bothered me all day. Thought I would see something on news today, but nothing.

If anyone is still following this post, I also heard these noises and was very curious as to what they were. I live around the Woden Cemetery area so decided to go for a walk the next day. I found the remnants of fireworks packing from where the noises sounded like coming from. I didn’t take any pictures, but I would say with certainty that’s where the sounds came from.

Mystery solved then i guess. Cheers!

If anyone is still following this post, I also heard these noises and was very curious as to what they were. I live around the Woden Cemetery area so decided to go for a walk the next day. I found the remnants of fireworks packing from where the noises sounded like coming from. I didn’t take any pictures, but I would say with certainty that’s where the sounds came from.

Called Phillip Medical again twice today, both times staff stated that they were “unaware of the broken glass panel” and would not say anymore. Interpret that how you will. Have run into a dead end on this for the moment.

Im in Woden and I heard something around maybe 5ish. They were quite loud. Im guessing its fireworks or something since nothings showed up in the news. Really hope thats the case

I actually called the police about them! They went off at 4:45am (heard from Mawson) and didn’t sound like fireworks I had heard before. Irregular loud bangs, 10-15 or so. The person I spoke to said they had received a ton of calls (woo insomniacs) but they were reasonably sure they were fireworks. They hadn’t located them when I called and just advised me to call back if there were any disturbances closer to my home.

Ok I have done some looking into this, I am not sure what I have found yet, so I will let you decide dear reader.

I got to the medical centre, and there were still people waiting inside, but the doors were closed for new people. There is mostly glass frontage for the building, so after a quick look around the edges and sides, I took a closer look at the massive board covering the window panel to the right of the entrance doors themselves. Whatever happened to the glass panel that was there before, it has been removed and boarded up.

See photo here: http://goo.gl/ya0eHk (link to my facebook album with the pic).

I will call again in the morning and ask again. I also asked a night-time security guard I know who works in the area (won’t say exactly where) and he hadn’t heard anything but promised to let me know if he did.

So I can’t prove your allegation regarding bullet holes theword, but I can’t disprove it either. So I will have to follow up and leave it to you all to decide for yourself in the meantime. For what it’s worth, 2 of my neighbours who were up at this time didn’t hear anything and haven’t heard any rumours about anything like that in the last 48 hours.

One of my friends went to the Phillip Medical Centre earlier today and apparently there were holes (that looked like bullet holes) near the door. I wonder if this is related?

Ok, will take a walk now and have a look with camera. Let you know what I find. Surprised there could be bullets fired without a police notice about but dang it I can’t not go have a look now you’ve said that since I am only a 6 minute walk away lol.

One of my friends went to the Phillip Medical Centre earlier today and apparently there were holes (that looked like bullet holes) near the door. I wonder if this is related?

Didn’t hear anything myself but I am a night person, was most likely asleep whenever it was. Will ask my neighbours who I know are always up early, see if they know anything.

George Frilingos - 5 hours ago
Angelina Mamatas are you still interested? Huge investment. We would need a great business plan, and with people not able to... View
Tiana Jai - 6 hours ago
Dave William got a spare 6mil? View
Kara Youngentob - 8 hours ago
Alison Procter, it depends on how many people interested. Ideally, somewhere in the 750k range. It’s 31 acres so it would b... View
News 30

Daniel Lesky - 5 hours ago
Jason Malcolm could be worse not like she needs to go to charnwood View
Lisa LaMaitre - 9 hours ago
No-one pays attention to crime in Canberra until it impacts them! We closed a Gungahlin based business over 10 years ago afte... View
Food & Wine 25

PE TE - 8 hours ago
Sean Bishop but the Uber rapes have increased View
Kim Rumble-Kozjak - 18 hours ago
Jacqleequack it was all good fun until the two hour wait in the cab line, in stilettos, without a jacket in -2 🥶❄️ View
News 5

Colleen Alchin - 17 hours ago
This situation is appalling! Forty minutes from the national capital and you need to buy bottled water to drink and wash clot... View
Tegan Gilchrist - 1 day ago
Amy LD and the clothes!!! Swapped out all out white sheets for greys. Blazer ruined. I now fill up bottles of water from my p... View
Community 1