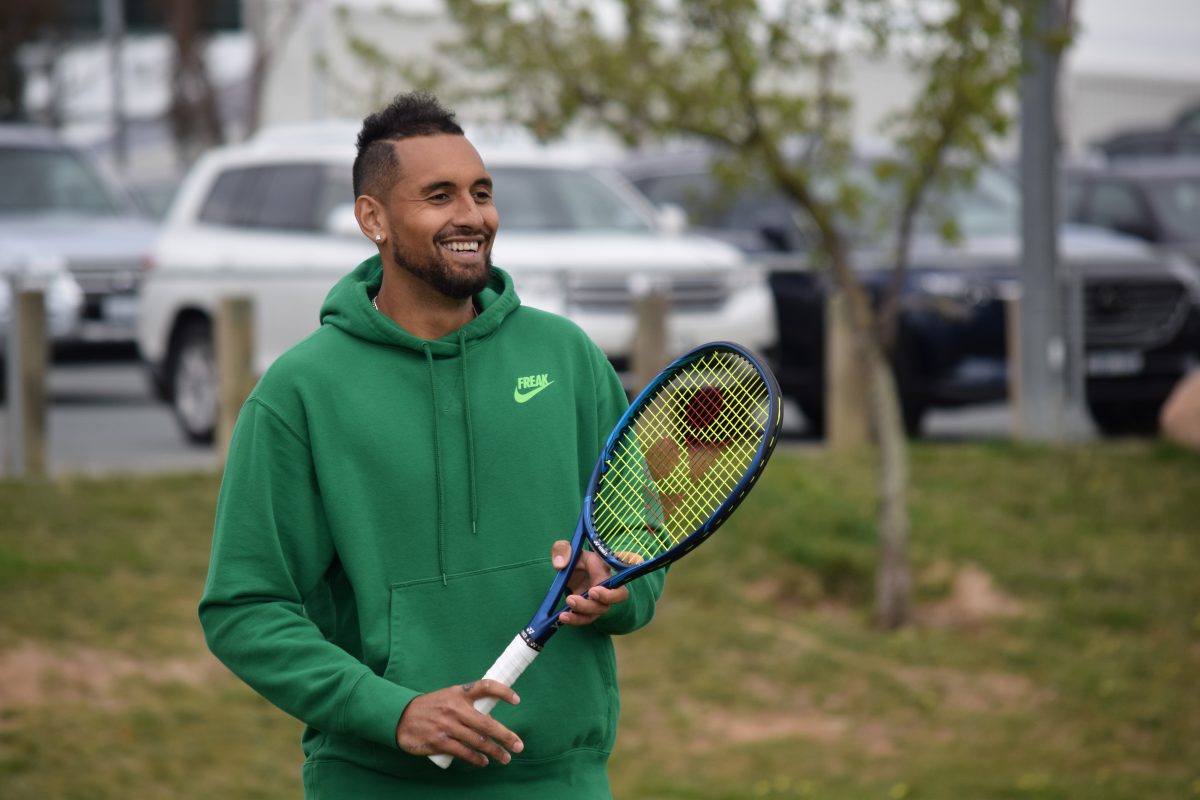 Nick Kyrgios has been issued a charge of common assault. Photo: Tennis ACT.

The assault case against tennis star Nick Kyrgios has been heard in court for the first time.

The 27-year-old has been issued a charge of common assault over an alleged incident in January 2021.

He did not appear in the ACT Magistrates Court in person on Tuesday (23 August) but was represented by his lawyer Michael Kukulies-Smith of Kamy Saeedi Law.

Mr Kukulies-Smith originally asked for the matter to be adjourned until November, saying he may make an application then that was capable of finalising the matter.

He did not state what the application would be, in part due to the “large contingent of media” behind him in the courtroom.

He said Mr Kyrgios spent very little time in the ACT and the end of the year did present a window of opportunity.

But Magistrate Louise Taylor said she did not understand the case for secrecy as ordinarily the court would be told about what kind of listing was sought and she would not adjourn the matter on the basis that some kind of application would be made.

Mr Kukulies-Smith then sought a six-week adjournment. Magistrate Taylor noted that normally the prosecution, which did not oppose the request, would ask for two weeks in such circumstances.

However, she granted the six-week adjournment, listing the matter for 4 October.

No plea was entered. As Mr Kyrgios was issued his charge via summons, bail was not required.