The new high-tech Global Digital Farm facility will sit at the edge of the NSW food bowl and is attracting much interest from farmers. Photo: Supplied.

Farmers across the nation will watch with interest as Australia’s first fully automated commercial farm establishes itself in southern NSW.

For many people, the notion of hands-free farming is as far from reality as being able to forecast long-range weather in advance, but this new high-tech facility at the edge of the NSW food bowl is garnering much interest.

It aims to bridge the divide between old and new practices as farmers continue to grapple with the future of their industry as it moves rapidly towards the use of new technology.

Its objective is to demonstrate the future of farming through robotics and artificial intelligence, and create new sustainability and carbon models to drive improvements in farming practice. 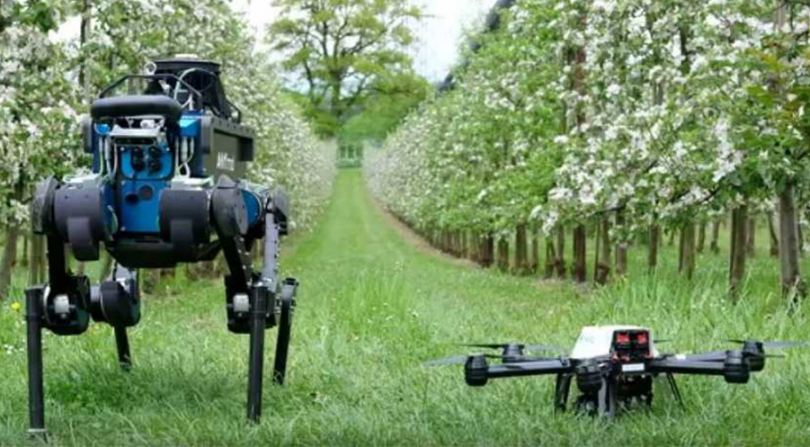 The objective of the Global Digital Farm project is to demonstrate the future of farming through robotics and artificial intelligence, and create new sustainability and carbon models to drive improvements in farming practices. Photo: Supplied.

The farm will be established at the university’s 1900-hectare AgriSciences Research and Business Park (AgriPark) at its Wagga Wagga campus, which is operated as a commercial enterprise and incorporates a range of broadacre crops as well as a vineyard, cattle and sheep.

The requisite data, telecommunications and other digital infrastructure will be developed and built during the next three years.

The GDF will develop and operate fully autonomous machinery such as robotic tractors, harvesters, survey equipment and drones, and use new sensor technologies to measure interactions between plants, soils and animals.

The project will be spearheaded by the Food Agility Co-operative Research Centre’s chief scientist, Professor David Lamb, an early pioneer and leading Australian expert in precision and digital agriculture.

Charles Sturt University’s Professor of Food Sustainability, Niall Blair, said the GDF will be a commercial operation, educational facility and community outreach facility rolled into one. 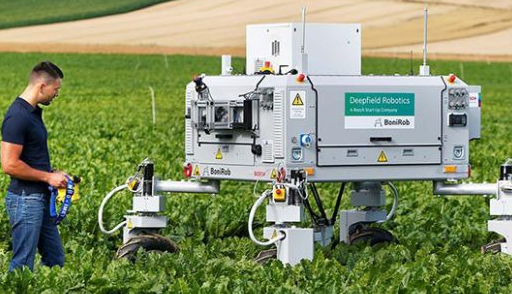 The reality of ‘hands-free’ farming is closer than many farmers realise. Photo: Supplied.

“The Global Digital Farm will utilise Charles Sturt University’s world-class research and development capability in the agriculture space to help ensure the next generation of Australia’s farmers are at the forefront of innovation,” he said.

“This ambitious and unique project will arm Australia’s primary industries workforce with knowledge and technology in crucial fields such as data analytics, geospatial mapping, remote sensing, machine learning and cybersecurity.”

Food Agility C0-operative Research Centre CEO Richard Norton said the reality of hands-free farming is closer than many people realise and will be accelerated by the development and dissemination of technology produced by the GDF.

“Full automation is not a distant concept,” he said. “There are already mines in the Pilbara operated entirely through automation.

“It won’t be too many years before technology will take farmers out of the field and immerse them in the world of robotics, automation and artificial intelligence.

“Food Agility, Charles Sturt University and the Riverina will be at the forefront of that transformation in Australia, courtesy of the Global Digital Farm.”

The partnership is the latest boon for the AgriPark, with the university announcing $14 million earmarked for the first stage of capital works – headlined by a bespoke office building to accommodate the facility’s industry, research and government partners – on 27 April.

An attempt to use a drone with barking dog noises to round up sheep ended in hilarious failure on Clarkson’s Farm, now showing on Amazon Prime.

JS9 - 33 minutes ago
In what world should a tenant have to provide a reason to leave? If they break during a fixed term contract they have require... View
nobody - 42 minutes ago
People should care about getting their own place. View
Marc Blackmore - 1 hour ago
Kate Le-Goat you obviously were not around or don’t remember what happened when the government wound back negative gearing.... View
News 214

Kelly Rush - 52 minutes ago
Jodie Brown how is this thing still there. View
Jodie Brown - 54 minutes ago
Kelly Rush same flying fox that busted your knee View
Kylie Klose - 2 hours ago
Ryan came off that flying fox 2 weeks ago and landed on all fours and his nose after he flipped at the end. 😭 View
News 35

UPDATED 4 pm: As Friday draws nearer, the rules governing how our COVID-normal will look continue to be released. As expected,...
News 41

@The_RiotACT @The_RiotACT
#Canberra author Dominic Cookman thought he would never find a #publisher for his debut #novel, but a UK company is releasing it on 28 November. Now his attention is turning to book number two, set in the ACT https://t.co/Hor9cATN8R (13 hours ago)