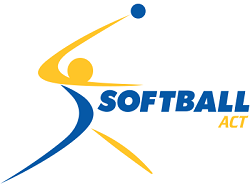 The first men's and women's softball competition played in Canberra was prior to 1956 and was an interdepartmental competition held during lunch hours played between various government departments.

In addition to our regular junior and senior competitions, Softball ACT plays host to a number of significant tournaments and carnivals each season.

Michael Ilsley - 27 minutes ago
How lucky are those children going to be being taught by such an incredible person. View
Rhonda Maxwell - 4 hours ago
Brad is an amazing young fella who is living a full life. His family and friends are s wonderful support as is his footy team... View
Pam Perkins - 4 hours ago
A very inspiring young man all the best in all your future endeavours and wonderful community support... View
Community 10

John Beagle - 1 hour ago
100% correct Gordon. The toilets are a disgrace. They appear to be the original 1999 edition, and the only illumination is on... View
News 6

aussie2 - 15 hours ago
Firstly I would be challenging directing all southbound traffic to Woden interchange. We are spread out. Surely those outside... View
chewy14 - 17 hours ago
I actually like what they are proposing here and I think integrating the CIT into the new development space is a sensible mov... View
JC - 21 hours ago
So true. It’s far easier to whinge about anything and everything. Though think the core issue is many here just don’t lik... View
News 9

@The_RiotACT @The_RiotACT
A new public housing complex in Dickson will provide 20 new homes. Meet some of the excited tenants who are moving in https://t.co/cDzC1xhW3Q (2 hours ago)

@The_RiotACT @The_RiotACT
A Canberra father in his 50s who has been accused of repeatedly hitting his wife and choking their daughter has been granted bail this week, despite being denied bail when he appeared in court earlier this month https://t.co/db6PJrP50f (3 hours ago)