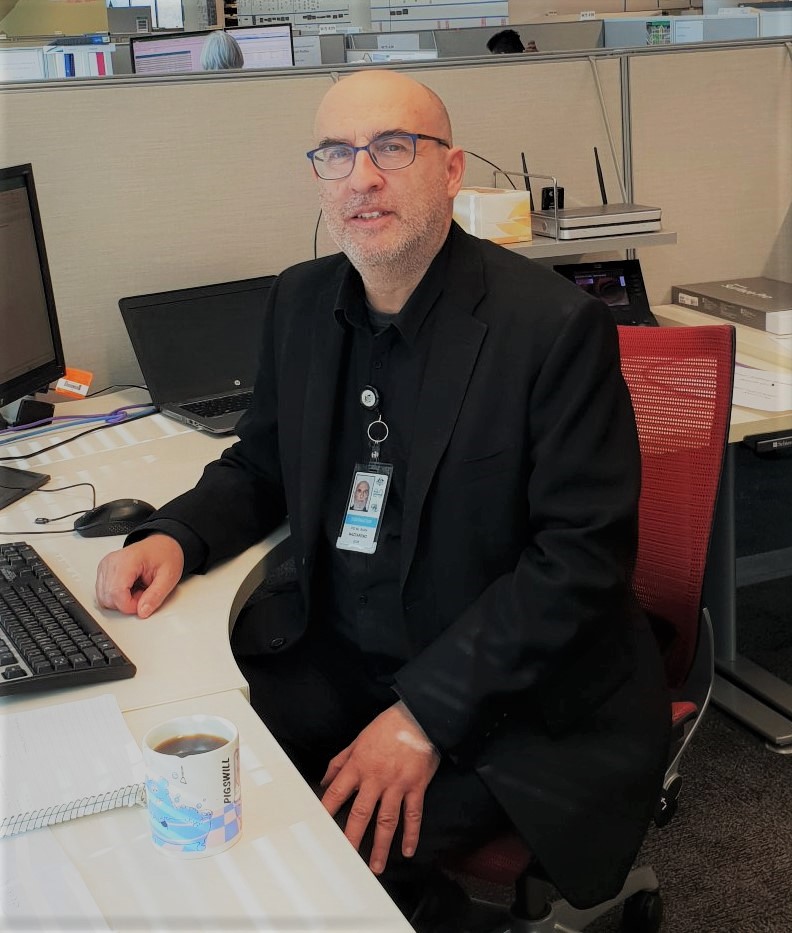 Ronnie is a software developer in Canberra. Photos: Supplied.

Ronnie – or Nazzareno as he was called back then – had a tough time growing up in the late 1950s.

In the working-class suburbs of Melbourne, when having an Italian heritage was deemed to be ‘reprehensible’, Ronnie became an extreme introvert and struggled with depression and OCD, but wasn’t diagnosed then.

He also obsessed over things such as cricket statistics, and admits he had difficulty mixing with other people.

It was only later that he realised he presented on the autism spectrum.

Despite this, Ronnie works for a global IT firm based in Canberra and has well over ten years of experience in the workforce.

Ronnie’s experience is a superb example of how to lead the way when it comes to organisational culture and inclusion.

The Australian Human Rights Commission defines autism spectrum disorder as a lifelong development disability. People with autism can have trouble with social interaction and can have restricted and repetitive interests and behaviours, and sensory sensitivities. It is covered by the definition of disability in the Disability Discrimination Act.

While not all people with autism consider it a disability, things get tricky when it restricts a person’s everyday activities, and has lasted, or is likely to last, for at least six months.

Ronnie’s degree in engineering helped him secure a job in the UK as a software developer and then as a researcher before returning to Australia. Ten years followed where Ronnie was out of the workforce.

Software development is a fast-moving field. Ronnie found it difficult to keep his skills up to date while being out of the workforce. At his previous workplaces, Ronnie had been regarded by colleagues as ‘highly eccentric’, not realising that he had struggled all along with his condition.

But this changed when Ronnie joined Canberra DXC’s Dandelion program.

DXC is a global Fortune 500 Company listed on the New York Stock Exchange, with offices in Canberra. The company works across aerospace, robotics, to healthcare, energy, banking, the public sector, and the ‘internet of things’.

While so many organisations have become giant soulless machines, DXC, on the other hand, seems to be building people for their futures. Ronnie, for one, loves the work environment.

“I’m a lot older than most of my peers,” he chuckles, but he tries to be as supportive of them as he can, and very much enjoys seeing them succeed.

Disability and the workplace

Currently, only half of people with a disability are employed, compared to 82 per cent of the wider population (aged 15-64).

The private sector is the largest employer of people with disabilities in Canberra, (11,100), followed by government (8,800) – disappointing, given Canberra is a typical ‘government’ town.

The Australian Public Service Commission (APSC) is tasked with leading the way when it comes to APS Values and setting diversity targets. One wonders, then, why Government is not the highest employer of people with disabilities in Canberra.

It could come down to culture. While values of performance, accountability, respect, and professionalism are admirable, what is lacking as core elements are compassion, friendliness, kindness, and learning from others, humility, and buoying up the weak or less experienced. Words like flexibility, diversity and inclusion cannot become platitudes.

It’s is not just about recruiting people with autism. It’s about reworking organisational fabric to accept and integrate people of all abilities. Organisations are like ecosystems. If there’s a lack of diversity in an ecosystem, it begins to die.

Everyone deserves the right to work, but traditional hiring methods are flawed. Essay-writing is followed by a panel of suits asking ‘can you think of a time when you…’ when in reality, there are days many people forget what they ate for breakfast.

So, in essence, it becomes a dramatic performance where lines are memorised. While for people with a disability, sometimes physically making it to the interview room presents a conundrum.

We hear stories of interviews being cancelled because an applicant in a wheelchair could not access the interview room. We hear of people with disabilities applying for 500 jobs with no response. They walk in with their resume to a business, but told they’re not hiring. Five minutes later their able-bodied friend walks in and is given a job.

Rather than ‘here’s what we need doing, here’s how you must do it. Take it or leave it,’ the DXC Dandelion program provides high levels of support to employees, both from a technical and life functioning and autism perspective. The organisation ensures that people are able to learn and grow as employees and as individuals.

Ronnie was delighted to have an opportunity to work in DXC’s supportive environment and has flourished as part of the program.

At first, he found it a ‘real grind’ to gain back the skills needed to adequately perform his duties.

“I cannot give my colleagues sufficient praise for the patience they have shown and the support they have given me,” he says.

Ronnie had very strong software development skills when he started his career. “Sadly, my skills as a developer and my ability to quickly learn new technologies seemed to have deteriorated with age.”

But, he said working at DXC has helped him regain technical competence in a small number of IT areas.

“I had taken great pride in my technical and research skills. The DXC program proved to be a genuine opportunity to regain some skills and to make a positive contribution to society.” 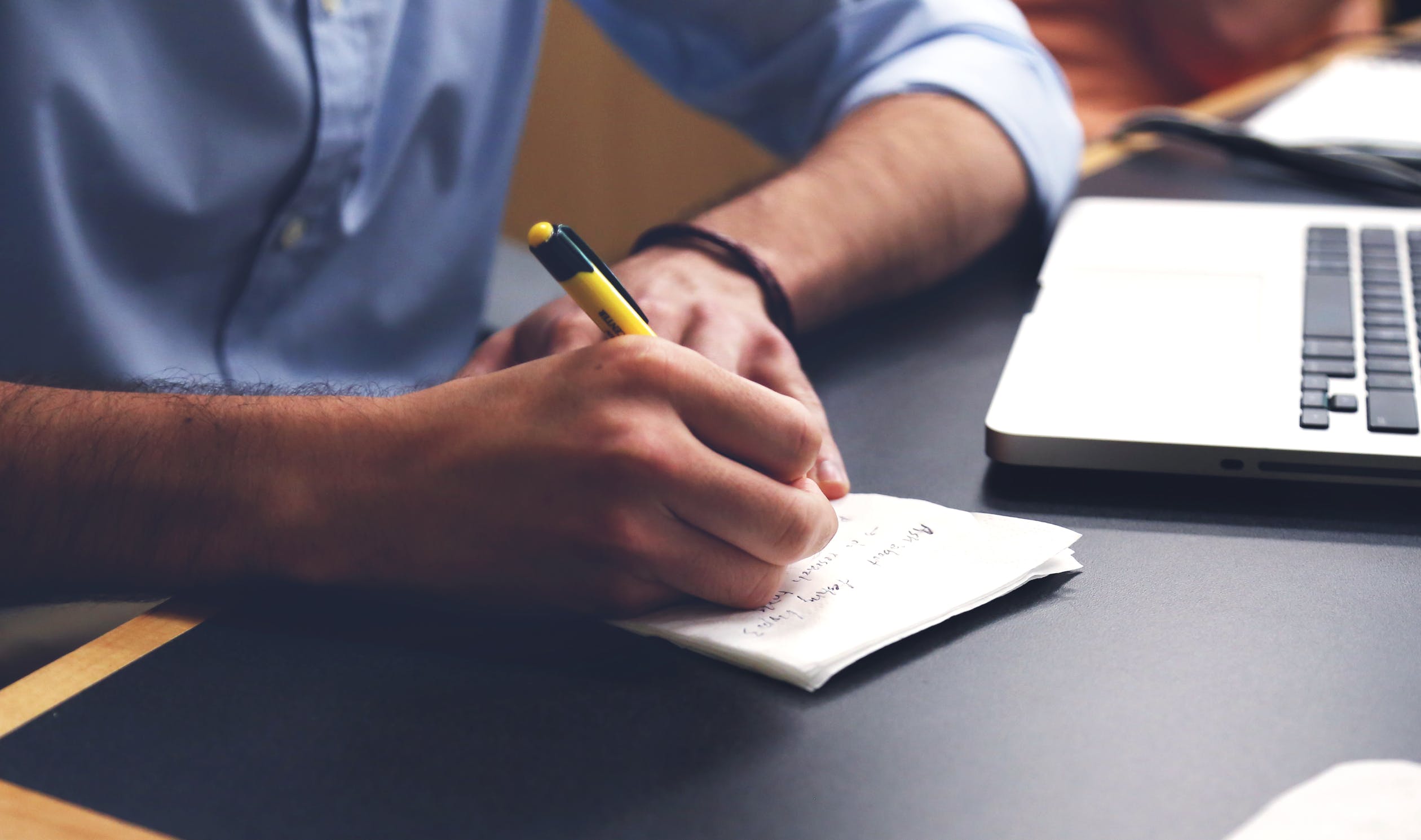 An organisation truly shines when the people they employ leave the organisation better than when they arrived.

It’s time for organisations to genuinely design work and create nourishing cultures that are truly flexible around people’s abilities, strengths, and consider people’s personal circumstances. It’s a dichotomy which must be understood.

Ronnie looks forward to the time where people on the autism spectrum have a much easier path to make better lives for themselves and for society.

“On a personal level, I’m looking forward to further developing my technical skills and making a stronger contribution to my workplace.”

To find out more about hiring someone with a disability, employers can visit jobaccess.gov.au or phone 1800 464 800. To fund practical inclusion projects, businesses can apply online for an ACT disability inclusion grant. Employers can reach out for peer support through Inclusion in Employment, headed by Cam Sullings of the Canberra Business Chamber.

Further information about services available for children with autism is available from the ACT Government.

Dave N Ange Greer - 4 hours ago
Why is there no comparable list of Queanbeyan region sports stars....? Also how many James Bonds have come from Wagga 🤣 View
Dong Wong - 4 hours ago
look at the face on the dog hahaha View
Alan Byrne - 5 hours ago
Keni Kawaleva all day bra View
News 222

Julie Macklin - 4 hours ago
Benjamañana Fergusunshine The neighbours on your southern side likely won't. View
Kelly McGrath - 5 hours ago
Christine Young my mother and father inks got “free trees” from the govt 40 years ago! We now have the 2 biggest gum tree... View
James Vetos - 5 hours ago
Quite a few comments about price per tree. Does the total cost include the planting of the tree and ongoing follow ups to wat... View
Property 14