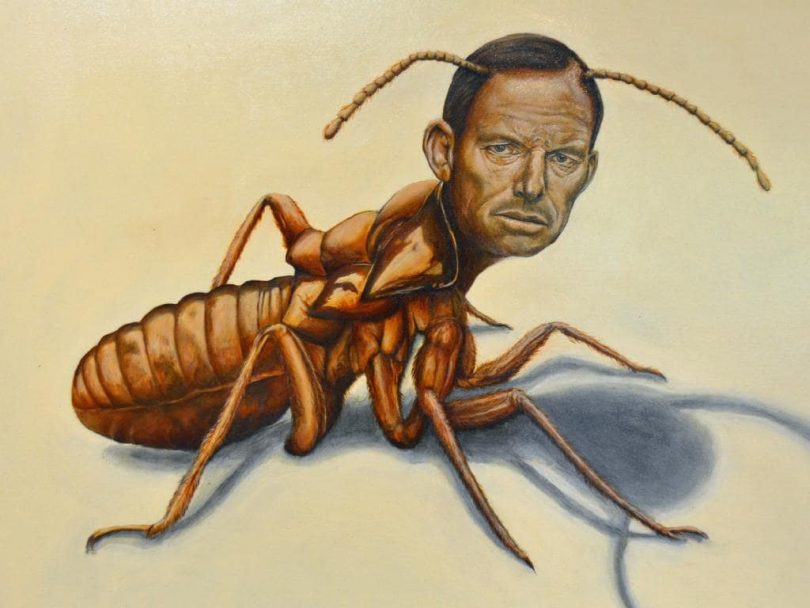 After years of internecine battles, Tony Abbott was depicted as a termite in the 2019 Baldy Archys. Image: Marty Steel.

One of the great larrikin characters of the Australian art world and southern NSW, Peter Batey, has died in a car accident according to a statement on his social media. His car is believed to have left the road while travelling home from Cootamundra to Coolac on Friday. Mr Batey was 86.

An arts administrator, playwright and festival director, Mr Batey’s initial impact when he first arrived in the small village of Coolac was akin to a glitter-filled bomb going off. He was witty, acerbic, sometimes quite wicked but always great fun. It would be fair to say that while many locals adored him, plenty more had no idea what to make of this bohemian denizen of the arts world and his accompanying cockatoo, Maude.

Maude would play a central role when Batey hatched his greatest coup and biggest tease, the Bald Archys. Designed as a very deliberate “up yours” to the world of major portraiture prizes and viewing gold framed artworks in hushed tones, the Bald Archys evolved into a raucous assemblage of satirical portrayals of the great and good. 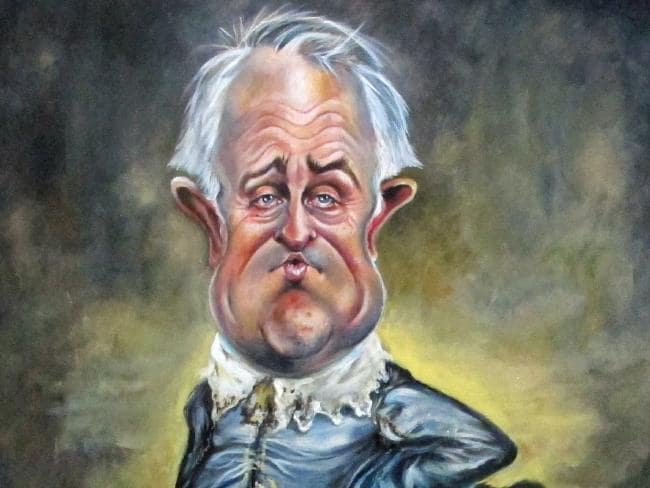 Malcolm Turnbull was presented as a disenchanted cavalier grandee by Judy Nadin (with apologies to Gainsborough).

The winner was allegedly chosen by Maude, whose firm grasp of political satire made her an ideal judge. Initially held at Coolac where the openings were awash with champagne, the Bald Archys grew into a travelling roadshow that began in Canberra and made a stately progress through the eastern states.

It can now be revealed that Maude, who indicated her choice with vigorous wing-flapping, actually passed into that great art gallery in the sky some years ago. Her death had been hushed up in order not to spoil the fun, if not the artistic credibility of the event. 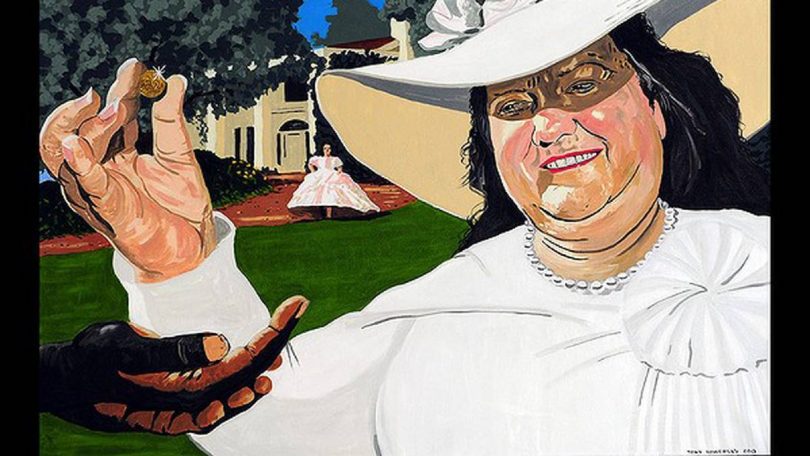 This year’s accolade went to Simon Schneider for his depiction of Geoffrey Rush, just keeping his head above the waters. Three collective portraits of the Labor leader as Nowhere Bill were the runners-up, while artists poked fun at Gladys Berejiklian riding the tram to nowhere and a perhaps prescient portrait of Bob Hawke with cigar smoke forming a halo above his head and the question “Where have all the good PM’s gone?”

While the works could sometimes veer towards the positively vicious, nobody ever seemed to mind too much (or if they did, were too scared to say so). Nor would you when none other than Barry Humphries created Batey with the creation of Dame Edna Everage. In 2012, Benalla City Council allegedly found the Bald Archys too rude for their gallery, and Mr Batey revelled in the resulting fracas in his hometown.

Peter Batey’s arts career began on the stage when he moved to Melbourne at the age of 16 to study drama. A prominent playwright and founding member of the Melbourne Theatre Company, his first original play, The No-Hopers, was presented across the country in 1961. He directed about 130 professional plays across several genres.

Mr Batey was a founder and artistic director of the South Australian Theatre Company, and the first director of the Victorian Arts Council. He received an OAM for his services to the arts and community in 1999.

Karen Feng - 1 hour ago
is this an indication that we do not have enough land fornthe wildlife to thrive? theres this road from holt to Fyshwick that... View
News 1

Reno Minopoli - 14 hours ago
Clinton Berry which part of "Three decades’ population growth "needed" do you not understand? Kids that grow up replace tho... View
Capital Retro - 14 hours ago
Well, I can't speak for everyone but I have certainly always "paid my own way". In the early days of SMSFs the deductibility... View
ssek - 15 hours ago
The greens and pretty good economic plan are an oxymoron. View
Property 1