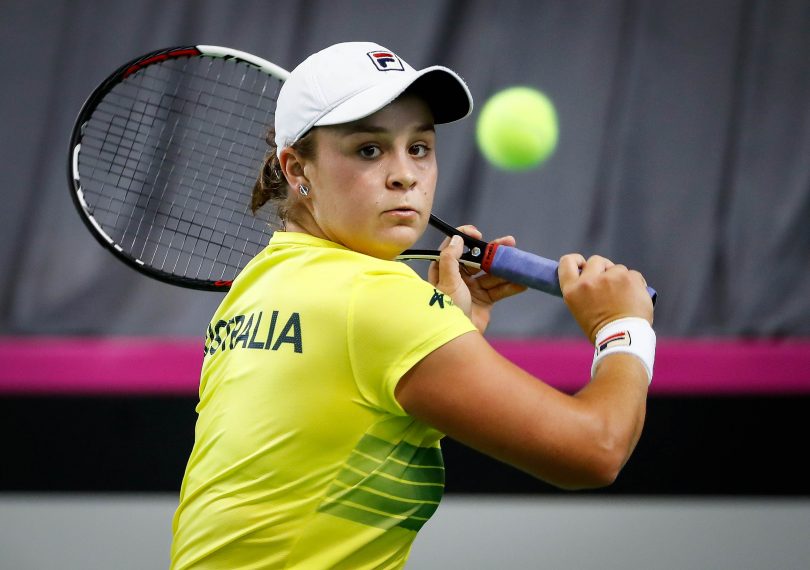 Fresh off a stellar summer in Australia, Ashleigh Barty will lead Australia into battle against Ukraine in the first round Fed Cup tie in Canberra this weekend.

The tie will be played on a purpose-built grass court at the recently redeveloped Canberra Tennis Centre.

Australian Fed Cup captain Alicia Molik believes the team is one of the strongest Australia has had in years.

“I’m incredibly excited about this group of women. They are all great competitors and love donning the green and gold and coming together to represent their country.”

“Both Ash and Dasha had a successful 2017 – they had some breakthrough results and have achieved career-high rankings,” Molik said. 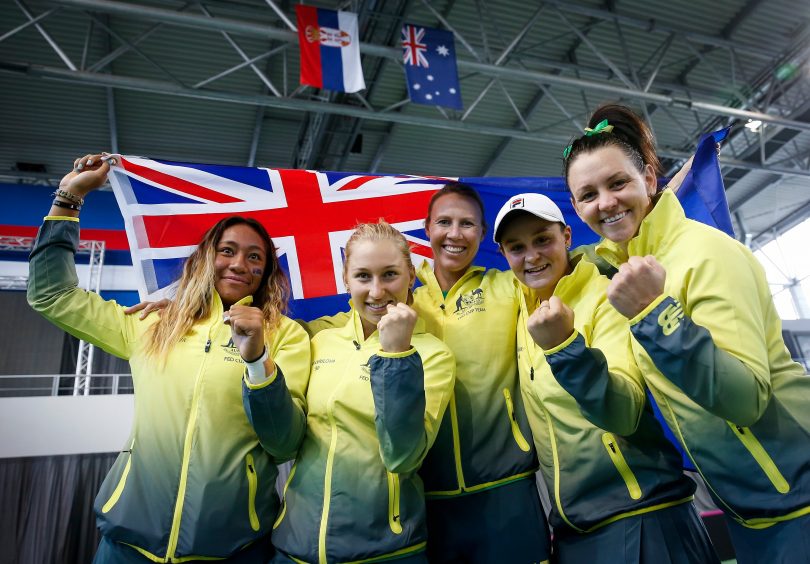 “Casey brings a wealth of experience along with her doubles expertise, and Destanee has shown us all she’s got a big game. She already has the ability to compete at the highest level and at just 17 years old, she’ll benefit a lot from being around this incredibly professional group.”

Molik has brought in young Aussie Lizette Cabrera into the squad as a hitting partner to continue the tradition of bringing the next generation of players into the team.

“I know all the players are looking forward to next week as much as I am and we can’t wait to play in front of an enthusiastic home crowd.”

“It’s such an advantage to play on home soil, and somewhat of a luxury for us. This is our first home tie for nearly two years – we’ve mostly played Fed Cup ties away in Europe during this time and we’ve really missed having the support of the local fans,” Molik said.

The Australian team arrived in Canberra over the weekend to start preparing for the tie.

Two-day ticket packages for the 10th and 11th of February are available through Ticketek are $80 for adults, $63 for concession card holders, $25 for children and $186 for a family pass.

Candace Driscoll - 4 minutes ago
Lauren Herbert Wow that is a lot of money you have to be making. Must be above the average wage. View
William Coats - 9 minutes ago
The Act Greens who have supported labor for all but one of the last five terms of government went to the last election with t... View
Kerry-anne Stafford - 59 minutes ago
I’m a mum of 7 and was made homeless last year. ACT housing had me in a holiday park in Watson where I had to pay $600 a we... View
Property 6

The scaffolding and temporary fences have come down on the corner of London Circuit and Constitution Avenue to reveal the...
Opinion 46

@The_RiotACT @The_RiotACT
Veteran organisations have welcomed the Federal Government's announcement that it will establish a Royal Commission into Defence and Veterans Suicide https://t.co/qpHIPzY1Vh (51 minutes ago)