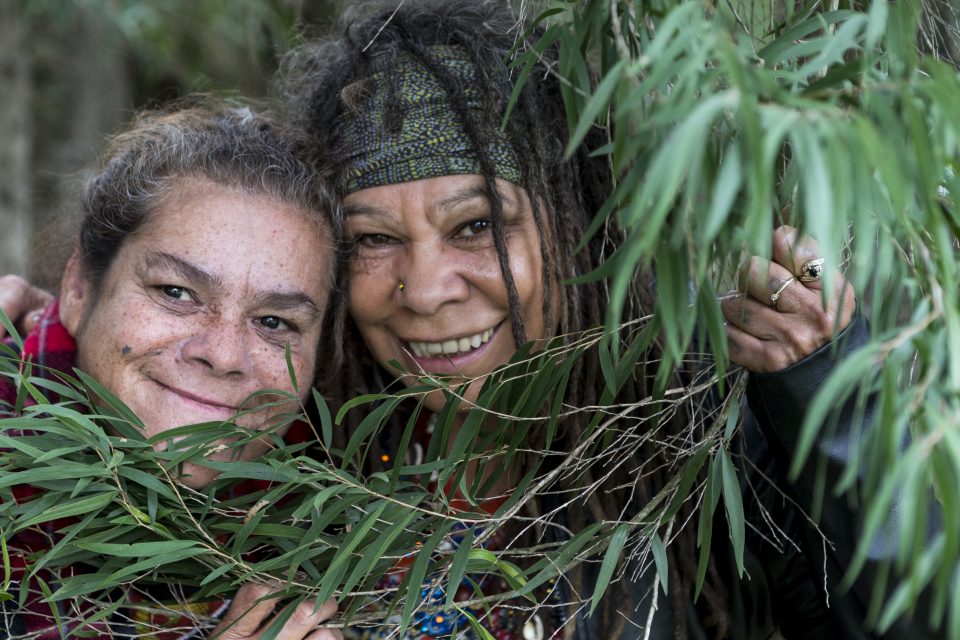 At the tender age of 44, Vanessa Parsons has landed her first job. And it’s with an international civil construction company no less – John Holland.

Vanessa is part of the new team building the $274 million Batemans Bay Bridge over the Clyde River.

“It changed my life,” Vanessa says.

She starts her day by ‘tapping on’ at the works depot and meeting her manager, Allison Hicks. “Vanessa is a one-of-a-kind person who quickly became an important part of the John Holland family,” Allison says.

“We love having Vanessa on our team, she plays a significant role in our 14 per cent Aboriginal recruitment on the Bay Bridge.” 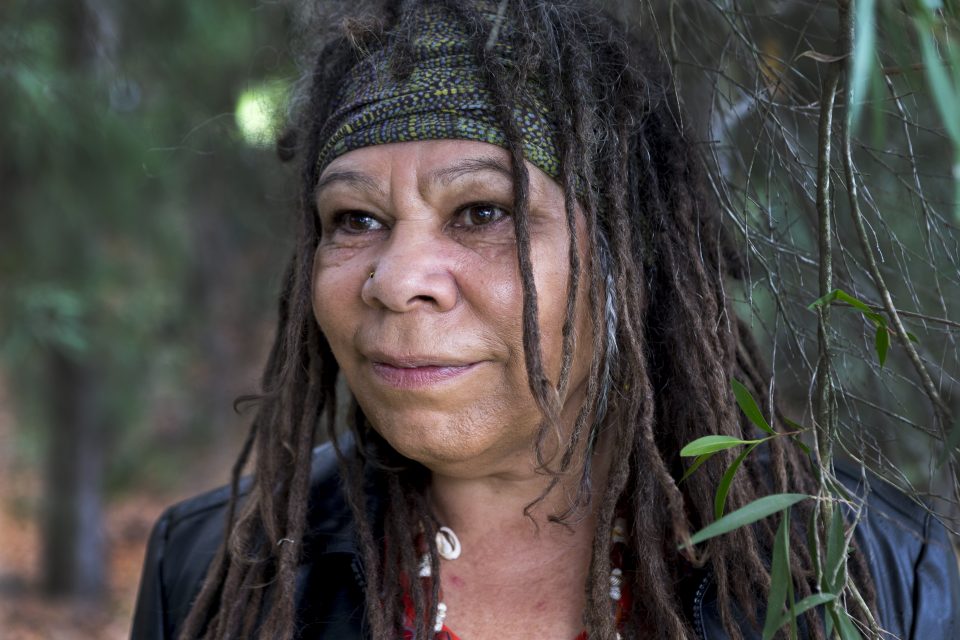 Vanessa is a woman of the Yuin Nation along with her artist cousin Eileen Carberry who currently lives off-grid in the bush near Moruya – where she is deeply inspired by her connection with the land.

“All our Walbunga mob are here today,” says Eileen.

Minister for Transport and Roads and Member for Bega, Andrew Constance praised the company for its commitment to recognising and respecting Australia’s indigenous community.

“On Friday (July 12) the project team will also recognise NAIDOC week with a lunch, artwork and story-telling session with project staff, including Indigenous trainees, a local Elder and the Local Aboriginal Land Council.” 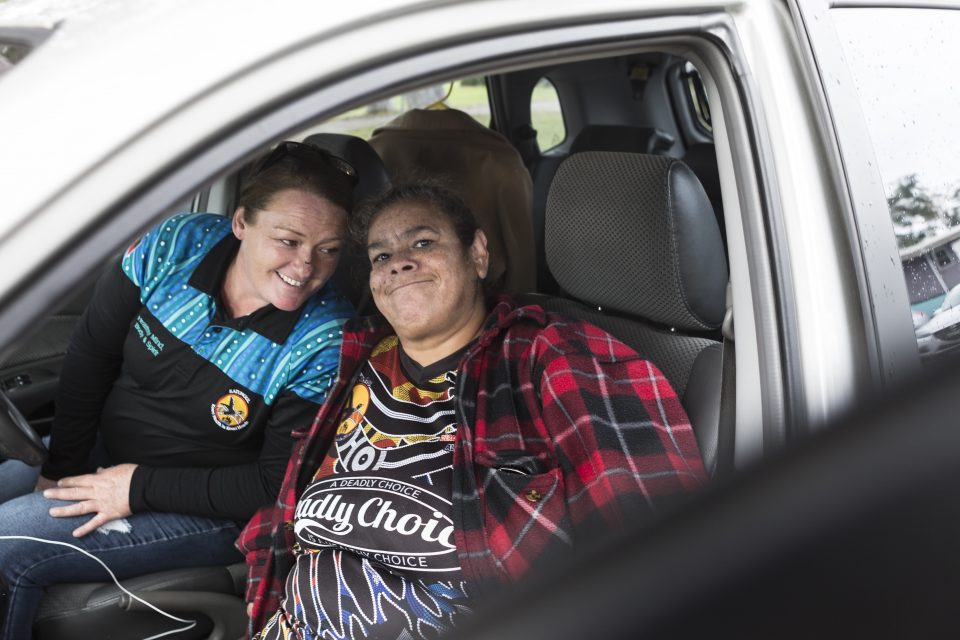 Katungul support worker Sue Towny works with Vanessa every Monday and says every week is different. “We meet at the coffee truck for breakfast, head to the library to read then do whatever Vanessa needs or wants.”

“I was so happy on the night before my first shift,” Vanessa says.

“My brother and dad love driving past when I’m on the road works and stirring me up. My youngest brother Terry walks past and says – hey sis. I like it, it makes me feel good.”

Vanessa’s current role is cleaner for the depot, “I do every office,” Vanessa proudly boasts. 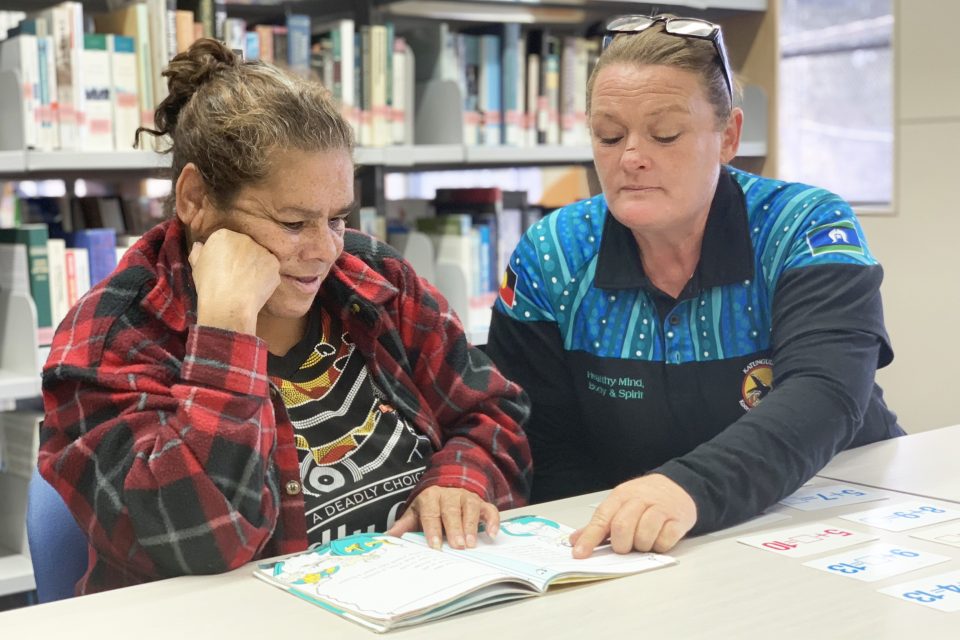 With Vanessa’s new taste for career life, she’ll never look back, “It gets me out of the home, away from video games. I’m never going back to no job.”

Support worker Sue Towny cares deeply for Vanessa and wants to see her flourish. “She’s very well respected at John Holland and we talk a lot about planning for her future now that she has a stable income.”

Gushingly, Vanessa interrupts and tells me the people at work always tell her how beautiful her smile is. 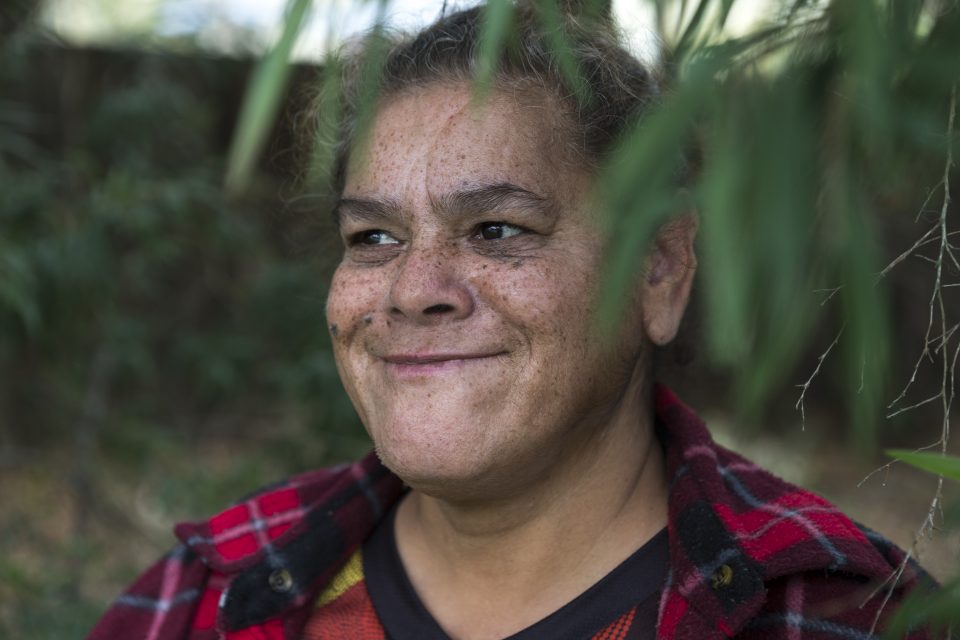 Vanessa Parsons is a Walbunga woman of the Yuin Nation.

“One fella I stir up all the time by going to the steel bars on the windows, shaking them and saying – let me in let me in, he just laughs and laughs. I always get a big grin on ’em,” Vanessa boasts.

Since committing $55.7 million to the Closing the Gap employment program, the Australian Government has been working closely with local support services to strengthen its partnerships with Aboriginal and Torres Strait Islander people and stakeholders to solve the employment challenges facing Indigenous Australians.

So far the target to Close the Gap in employment is not on track which is why companies like John Holland are being celebrated for their success in recruiting and retaining Aboriginals in the Eurobodalla.

Andrea Mya Riboust - 16 minutes ago
Matt the former I assure you 😄 View
The Martini Whisperer - 2 hours ago
Lucky they’re weren’t in Texas. View
HiddenDragon - 5 hours ago
So the Big Merino will be the command HQ for Gilead Down Under - and they said it couldn't happen here......... View
Food & Wine 12