Let us take your development
to the next level.
13 December 2019 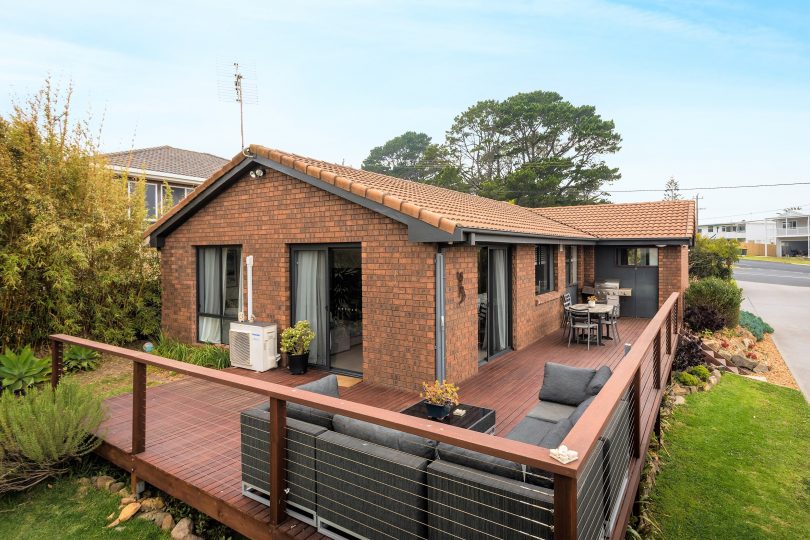 With a large house and a separate cottage on one block in a sought after location in Bermagui, the options are endless with this property. Photos: Supplied.

Want to relocate to beautiful Bermagui and have the choice of two homes on one property, with options to rent the other, either long term or for holiday lettings?

Imagine being able to choose your neighbour and make a decent rental income at the same time, or have a property already set up so you can immediately share with your parents or adult children, while still having your own space.

21 Corunna Street, Bermagui offers all these options, plus the perks of living in one of the Far South Coast’s up-and-coming coastal villages, with some of the best new coffee and food options in the region coexisting with features of a traditional fishing village, like the famous Fisherman’s Co-Op. 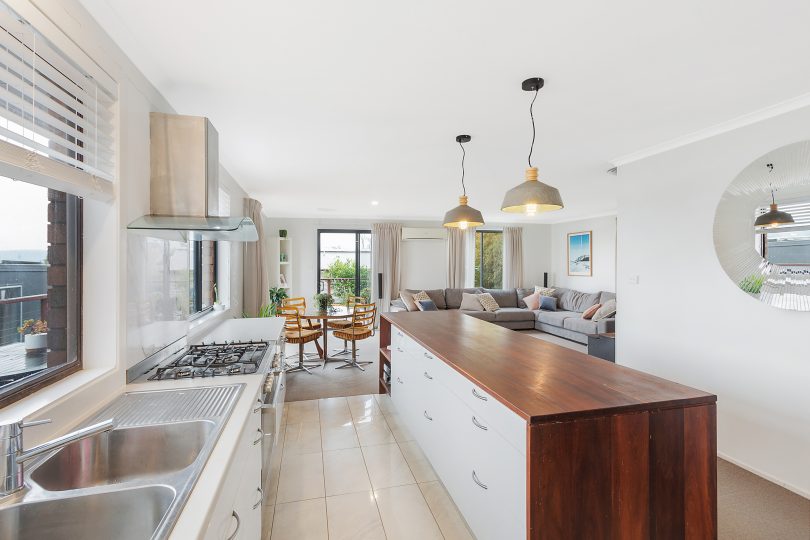 The main house was built in the late-80s and has been completely updated throughout.

“It’s an easy, level walk to the shops, the park and the beach, and both houses have a private, northerly aspect. The location is just exceptional.”

The houses are elevated on a level block, with mountain and inlet views and the potential for Bay and harbour views from a second story.

The current owners of the property, Kelly McDowell and Peter Gilham made the seachange to Bermagui 10 years ago but are now selling as they have less need for the second house.

“We have such good memories of being here. It worked really well for us having the two houses close but still separate. I hope someone can take advantage of living intergenerationally here like we did because it was so rewarding,” Kelly shares. 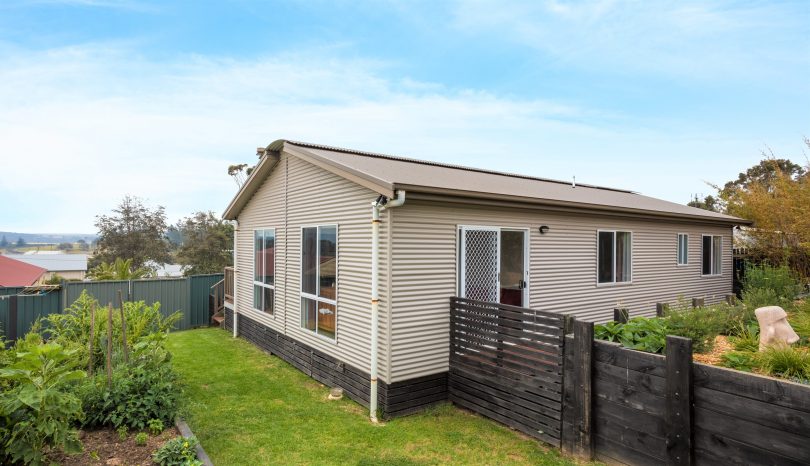 Known as ‘the cottage’, the second building on the property is really a modern three-bedroom house, built just five years ago.

Kelly and Peter plan to relocate within Bermagui, the seaside town which captured their hearts after leaving Melbourne.

For anyone reading this while stuck in rush-hour traffic, Peter has some words of encouragement.

“When I look back, I’m so thankful we made the change,” he says of moving from Melbourne a decade ago. “The best bits about living rurally are the community and knowing all your neighbours, as well as how much time we have with family, rather than being stuck in traffic. My advice is, don’t wait: do it!” 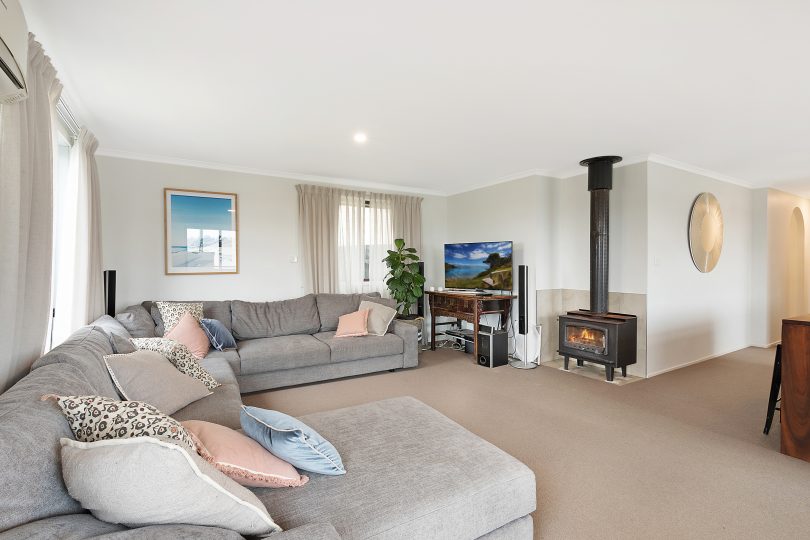 Relax in one of two houses, knowing the beach and main street of Bermagui are just a few minutes walk away.

The large block (1012 square metres) is zoned R3 medium density and sports a rear laneway on the north side and open parkland on the south side, with established gardens and room for chooks or pets.

There are also six car spaces and a separate garage/studio with a toilet and shower.

“There’s plenty of room to park your boat or other toys and the studio can be used as an office or guestroom,” Kelly says.

The agent says the potential rental income from both homes is $730 to $750 per week, with Kelly adding that there is currently a shortage of long-term rentals in Bermagui, so the new owner would have no trouble finding tenants. 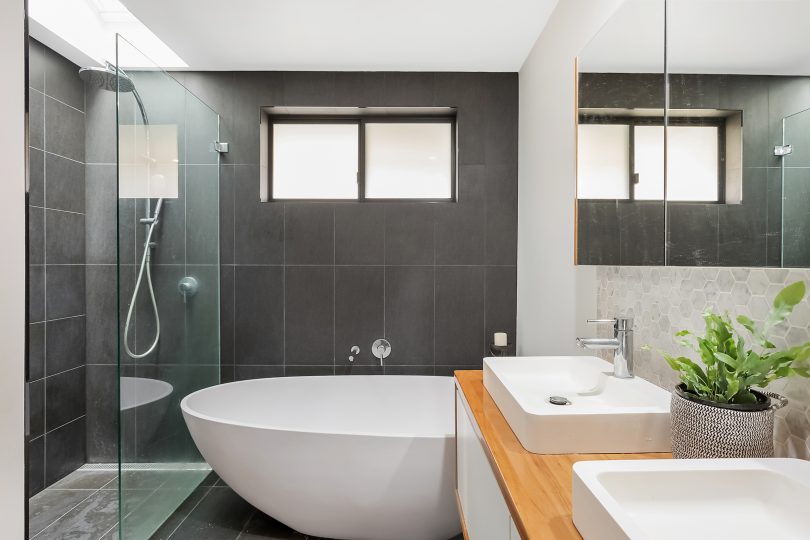 From the egg-shaped bath Kelly’s friends covet to the openable shower skylight, the main house bathroom is designed with relaxation in mind.

The studio includes a laundry with shower/vanity/toilet, storage or accommodation and adjoins the garage/workshop. 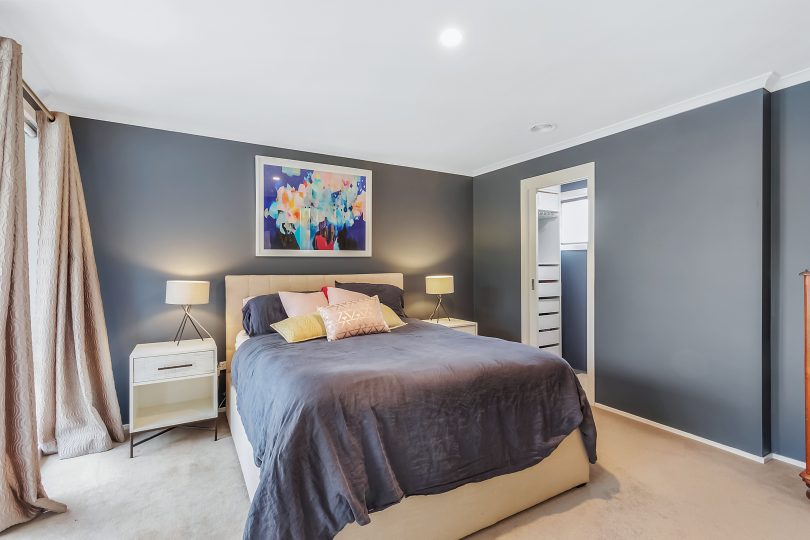 More and more people are bringing their aging parents when they retire and make a sea change, says agent Julie Rutherford. This property is move-in ready for two households. 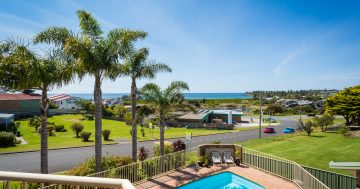 Captain's Quarters at Bermagui offers a unique lifestyle and income 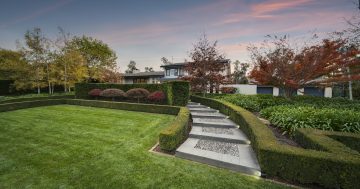