Behind the Brave Face: Q&A with Andy Camenzind 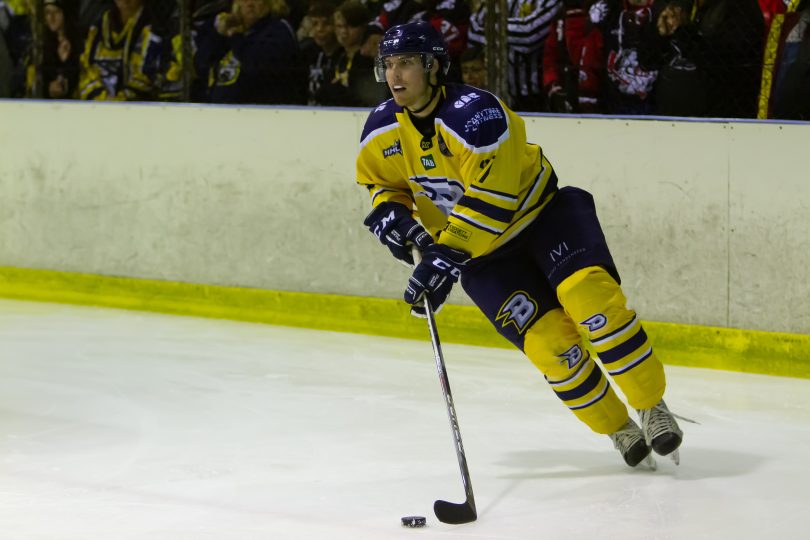 Andy Camenzind in action against the Sydney Bears in the Brave’s home opener. Photos: Scott Stevenson.

He might have not played professional hockey for over five years but Andy Camenzind is adamant he is still mentally as fresh as ever. One only needs to track the number of hours he spent in a plane travelling from his home in Brisbane to Sydney, Canberra and Adelaide to play for the Brave every weekend to acknowledge the dedication this 37-year-old player has for the game.

Speaking all things hockey, his upbringing in Switzerland and why The Castle is his favourite movie, Lachlan Roberts got to know the ice hockey veteran in the latest Q&A in the Behind the Brave Face series.

Why did you move to the land down under?

“I was born and raised in Switzerland, and then in 2005, I met my wife Amanda, who was originally from Brisbane. We met in Greece while on our own holidays and from day one we have been in touch. She moved onto another island and I went back to Switzerland but we messaged every day. It was meant to be.

“In 2007, we got married in Brisbane but because I was still playing, she moved back to Switzerland with me. We lived there for nine years and then we moved to Australia five years ago.

“I call myself an Aussie and I feel totally at home here.”

Why did you decide to play for the Brave?

“After retiring five years ago from the Swiss pro league where I had played for 15 years and over 600 games, I decided that if I was ever coming back I would want to play in the best possible team and best possible organisation in the AIHL. Jamie Wilson has been talking to me over the past couple of years and it was clear to me that Canberra was the right choice.”

Did it take a while getting used to the physical aspect of playing again?

“My hockey mind is as fresh as five years ago but being one of the older guys on the team, my body is taking its time. I was quite confident that I was in good shape to play again. I coach a local kids’ team here so I get on the ice here at least two hours a week to coach the kids. There is also some drop-in hockey that I go to quite regularly, so they are my training sessions.

“During the off-season in the Swiss league, my wife and I would come to the Gold Coast and I would train myself and go back when the season started. During tests, I was always the top three to five fittest guys in the team, so I know how to keep myself in shape.” 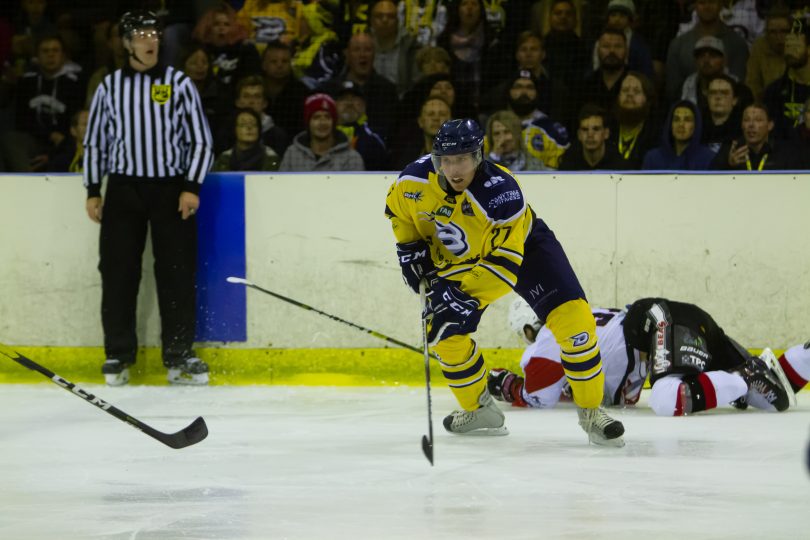 “I started skating when I was six years old. The first year I wasn’t allowed to touch a puck or a stick because that’s how you start back then. At that time, Switzerland opened up the first sports school which I went to and I was 17 when I became a pro.

If you didn’t play ice hockey, what sport would you play?

“Now that I have moved to Australia, I would say AFL. My boy plays ice hockey and AFL and I follow both sports as much as I can. If you had asked me that question when I was younger, I would have said skiing.” 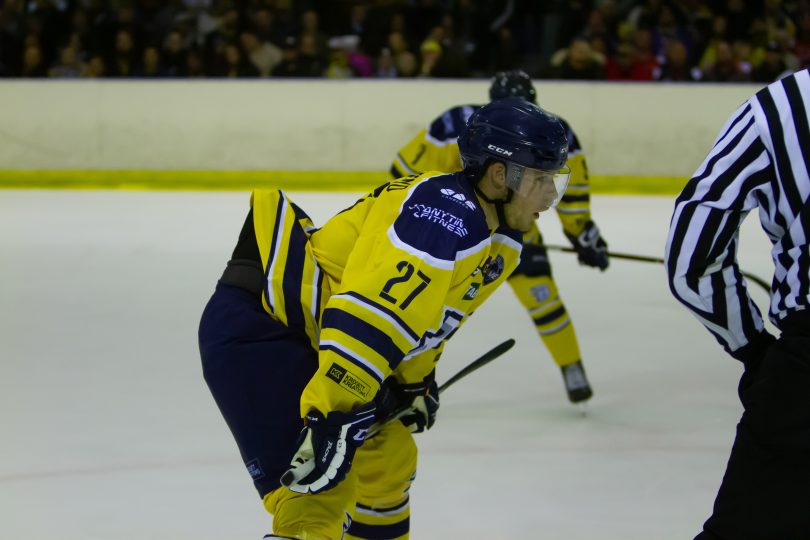 Do you have a nickname around the team?

“Camie or Cami, either or. Australians like to call me Camo.”

“It has to be The Castle. Back before I got to know Australia, my wife introduced me to that movie and I loved it from the get-go.”

What is the best advice that you have ever received?

“One of the best pieces of advice that I have ever received is that ‘you miss 100 per cent of shots you don’t take’. It is something I remind myself every day when I go on the ice to train or on gameday. I am not a selfish player, but if you don’t take the shots, you won’t score.”

Martin Ross - 23 minutes ago
Steve Jones transport Canberra buses don’t have flashing lights. Only Qcity ones do. And the local private companies don’... View
Peter Ball - 4 hours ago
Gai Wil - So given that logic, a 5 kmh limit would be OK with you yeah? I mean, as you stated if you don’t speed (regardles... View
Peter Ball - 4 hours ago
At least I feel safer now, when crossing the road while updating my FB profile. 😜 Before the new limits, it was like Russi... View
Lifestyle 23

Simone Moss - 29 minutes ago
Sarah Moss,maybe you need some alpacas 🦙 View
Lucy Coote - 2 hours ago
Tom Gilbert uhhhhh I mean at least we wouldn’t have to mow the grass… View
Amanda Robyn - 2 hours ago
Suzanne Feeney. See. Alpacas is what you need. 😉 View
Sport 5

@The_RiotACT @The_RiotACT
Sally Hopman reckons there's no need to #write yourself off if you are struggling with #computers. Just pick up the heaviest thing handy - ancient Remington #typewriters are always good - and take aim at the laptop https://t.co/5SoyRLLAhU (45 minutes ago)