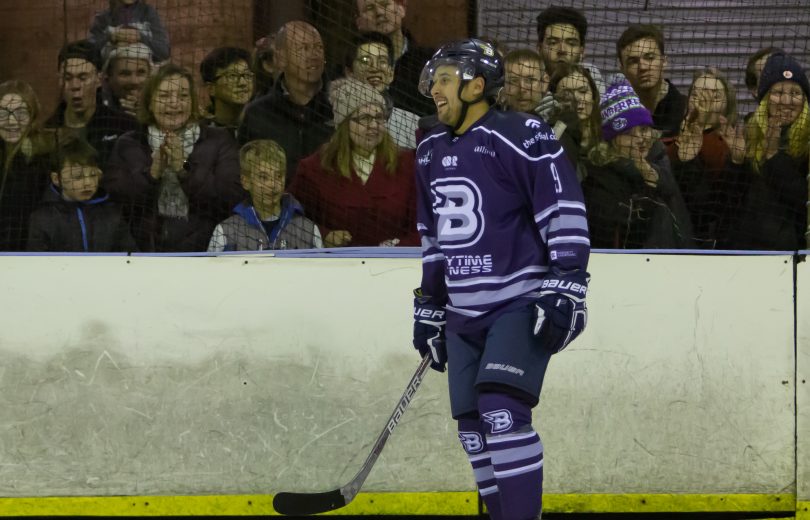 Wehebe Darge moved to the Brave in the 2016/17 AIHL season. Photos: Scott Stevenson.

Wehebe Darge can remember the exact moment he fell in love with ice hockey. In the 104 minutes it took him to watch the classic Disney film Mighty Ducks, he had made up his mind to chase his new passion. Lachlan Roberts spoke with Darge to find out why he moved from Adelaide to Canberra, why he is obsessed about keeping knives sharp and what are his goals for the 2019 season in the latest Q&A in the Behind the Brave Face series.

Where did your first name come from?

“My Dad’s side of the family is Ethiopian and my name was given to me by grandmother. Wehebe means ‘when you aren’t expecting gifts from God, you will receive’. Ethiopia is a very religious place, but no, I am not religious.

“I was born and raised in Adelaide. I moved to Canada when I was 15 to go to an ice hockey boarding school over there and lived there for a couple of years.”

“It’s cliche but it’s the way any Australian comes to play ice hockey. I watched the Mighty Ducks as a kid and fell in love with that movie and the sport. I think I watched that movie 10 times a week for about three years.”

You were a stalwart of the Adelaide Adrenaline since you debuted in 2009. After seven seasons with the Adrenaline and the 2016 Australian Ice Hockey League MVP, why did you sign with the Brave?

“After the 2016 AIHL season, I was speaking to the Brave for most of that summer. It seemed like the organisation was going the right way. I had been in the league since the Brave came into the league and everyone saw what amazing things the Brave has been doing. I thought maybe it was the right move for me if I wanted to keep playing serious hockey. It worked out really well and I am so glad I made that jump.

“It took me a while to get used to the level of hockey with the Brave. It is a whole new level in Canberra compared to the rest of the league. The fans here are incredible and playing in the Brave Cave is purely insane.” 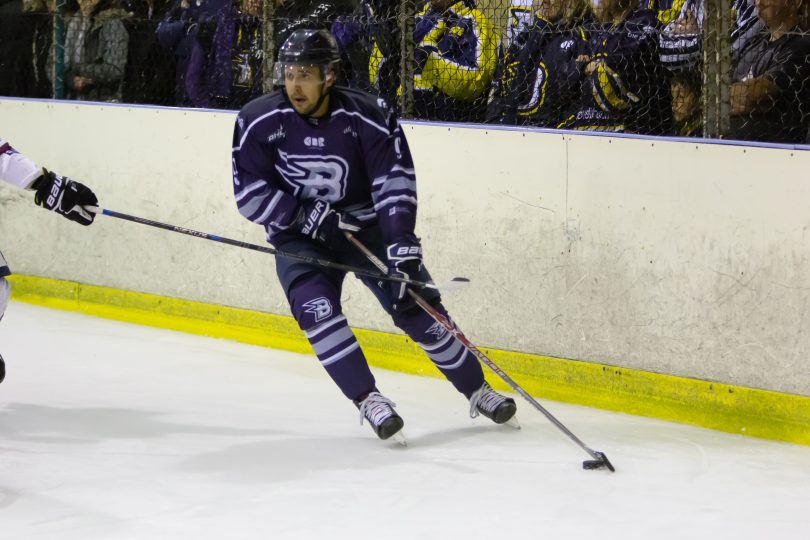 What are your goals for the 2019 season?

“It is going to be pretty hard to repeat last season but we are going to do everything we can to repeat. It is a very high bar to hold ourselves to and if we come short, I don’t want that to be the unravelling of the team. We just need to take it week by week and play the best we can.

“Last year we didn’t go in with a goal to only lose four games. We just played, had a lot of fun, and if we continue with that mentality, we will have success.”

“My game day prep is doing absolutely nothing all day. I have an extremely lazy morning, play some video games and try not to think about the game as much as I can because I stress myself out. I tend to get inside my head a little bit too much so I try to spend my mind off the game as much as possible.”

“It’s pho. If I find a good pho, I will go back there constantly. I absolutely love it.” 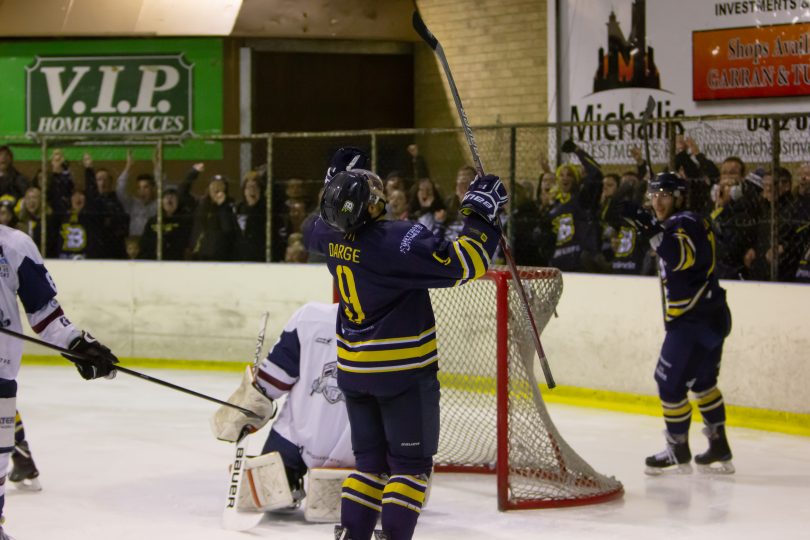 “You could say I am little OCD about knife cleaning. I can’t use a knife and put it down; I have to clean it and put it back straight away. It can’t be put in the sink, it has to be cleaned right away because otherwise, it has the potential of going dull. I cannot stand a blunt knife. You can quote my roommates on this one, they will say it a bad and weird habit.”

“Tiger Woods. I used to sneak into the loungeroom early in the morning and watch him on the TV before Mum woke up. I just loved what he was doing and I thought it was absolutely incredible. The fact that 20 years later, he is still doing it makes it insane.”

What is the best advice you have ever received?

“Get the puck to Leveille.”

franky22 - 45 minutes ago
All pollies want electoral reform that will favour their particular demographic. View
Acton - 1 hour ago
If the Greens think that lowering the voting age to 16 will result in more Green votes, they may be very disappointed. There... View
Community 2

Renee Mae - 60 minutes ago
Yes there are root causes but especially here in ACT we can't ignore rental affordability (or lack thereof). So many women ar... View
Property 25

@The_RiotACT @The_RiotACT
The derelict Commercial Hotel in #Yass is under new management, as the major shareholder of Public bar in #Manuka takes over https://t.co/ss9NhiJQLa (28 minutes ago)