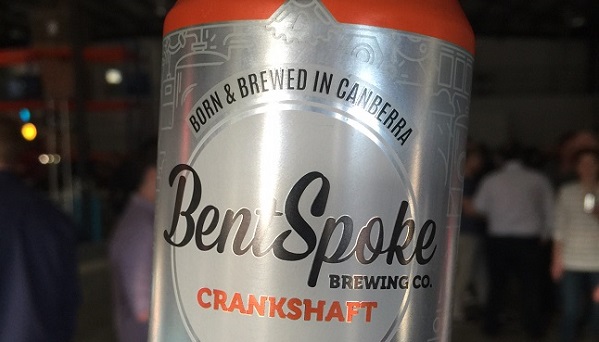 Late last year, RiotACT reported that Canberra’s famous Bentspoke Beer was now available in cans across our fair city and in other parts of Australia thanks to their new shiny cannery in Mitchell. Your intrepid correspondent enjoyed that open day immensely and now you will get a chance to do the same this Saturday 6 May. BentSpoke and the Canberra Brewers invite the public to a series of brewing demonstrations for International Home Brew Day. BentSpoke Brewing Co and the Canberra Brewers Club are teaming up this International Home Brew Day (Saturday, May 6, 2017) to bring the public a series of demonstrations of home brewing systems in action.

“We’re inviting the public to come to our production brewery and cannery in Mitchell to see what a commercial brewery looks like, and then see eight different ways to make beer in their own home,” said BentSpoke co-owner and head brewer Richard Watkins. “I’ve always been a big supporter of home brewing as it’s important to increase public awareness of good beer in general.”

And anyone who has tried it will tell you home brew is fun and easy to learn.

As well as having eight home brewers making beer on site there will also be a range of other demonstrations. These will include; how to make cider from fresh apples, exploring DIY billtong, and how to roast your own coffee beans. Starting at 10:00 am and running to 3:00 pm the event is free and there will be a free sausage sizzle running. Beer will be available for purchase (in addition to limited free samples of the Canberra Brewers’ creations). 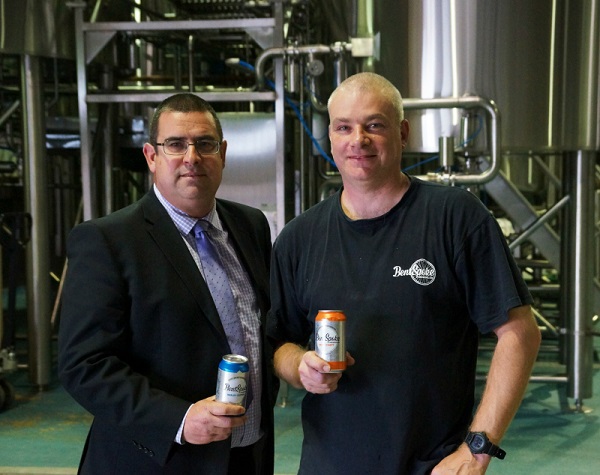 Canberra Brewers Club President Charles Newton is encouraging the public to come: “We at the Canberra Brewers share BentSpoke’s passion for great beer. Come along if you are thinking about dipping your toe into the brewing world, are already brewing or just want to meet a group of beer enthusiasts. We will have a variety of systems being demonstrated ranging from commercially available, highly automated setups to “pimped up kits” using simple and cheap kitchen items.”

So don’t miss out on this unique opportunity to visit Mitchell on Saturday and witness the best of Canberra’s growing culinary, professional and cultural relationship with beer! You never know, one day you might decide to own a pub or set up a local brewery, so you might as well start learning all about it now.

Personally, I can see a day when Canberra will be much like Portland Oregan in the US, a small but progressive city boasting awesome public transport (important to avoid drink-driving!) and close to a similar number of craft breweries. Portland boasts more breweries than any city in the world, with 75 breweries in the greater metro area!

Where: Bentspoke Cannery, 79 Lysaght Street Mitchell, ACT.
When: 10 am – 3 pm Saturday 6 May
Why: Because beer is good for you!

Elias Hallaj (aka CBRfoodie) is a part-time food blogger, home brewer, drinker and full-time political staffer who has joined RiotACT as a regular contributor. All opinions are his own. If you have any tips or feedback you can find him on Twitter @CBRfoodie.

Bob Jones - 51 minutes ago
Deb Wheare And Lynne Meredith... I've heard because of the more right someone who identifys as being an Aboriginal or Torres... View
Kev Martin - 11 hours ago
I find If you stop breaking the law, you don't get locked up View
Deb Wheare - 22 hours ago
Jacob Torresan face palm View
Property 14