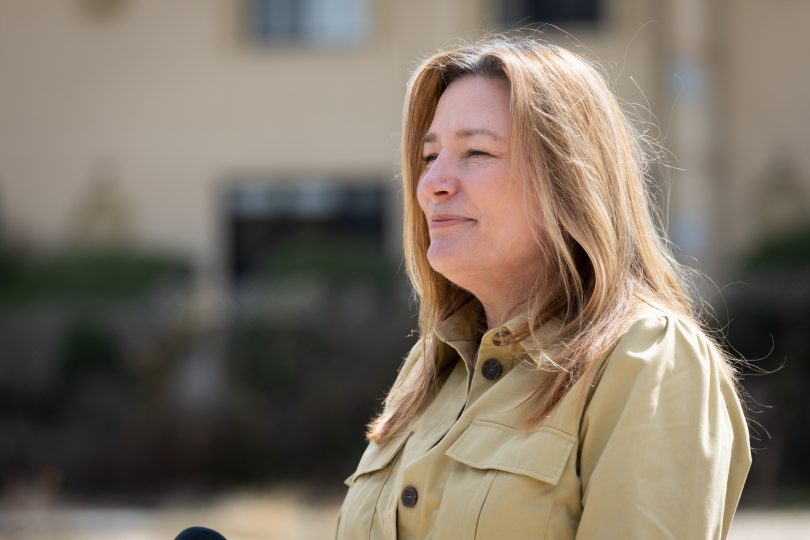 Two of the ACT’s most influential politicians, Deputy Chief Minister Yvette Berry and Opposition Leader Elizabeth Lee, have opened up about their own experiences of sexual harassment urging other women to come forward if they have been affected.

Ms Berry revealed that she had been harassed as a young woman and said power and influence imbalances in politics helped create a culture of secrecy.

“You ask any woman, anywhere, they will tell you that they have been sexually assaulted or harassed at some time in their life and I can certainly say that for myself, which is frightening,” Ms Berry said.

“I cannot recall being sexually assaulted within the Labor Party but definitely there was some unacceptable behaviour in the past.

“It has changed a lot now … (but) people are still feeling like they can’t get support or ask for help so we have significant cultural change that we need to push out to the whole community.” 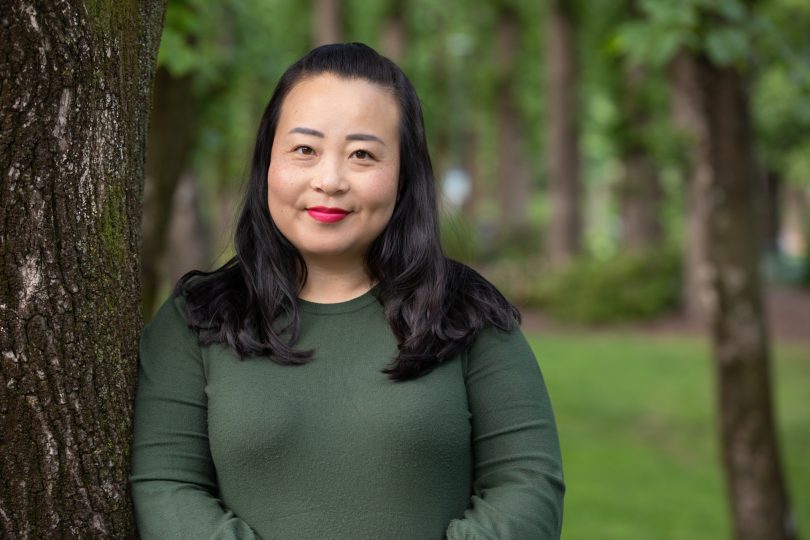 Elizabeth Lee has encouraged women to come forward with their own experiences. Photo: Michelle Kroll.

Ms Lee backed this need for community change, saying that while the ACT has been in a comparatively fortunate position when it comes to women’s experiences in politics, no workplace could afford to be complacent.

“I would encourage any woman who has had an experience to speak up but we need to do more than that,” she said.

“We need to work on creating a culture of safety so that these women feel comfortable speaking up.

“I have absolutely no doubt that the March 4 Justice is going to go down as a pivotal moment in our history and we need to make sure that our leaders across the country and across the political spectrum, take these concerns very seriously.”

Both leaders touted the need for women to be believed when they speak up about their experiences and said while the momentum in this space was building, there was more work to be done.

Women from all sides of the political aisle have banded together to call out sexism, misogyny and a culture of entitlement within Parliament House and politics after former Liberal staffer Brittany Higgins came forward with her story five weeks ago.

Ms Higgins alleged that she was raped by a then colleague in the Defence Minister’s office.

Four separate investigations into the culture within Parliament House and how information was handled after the incident were announced following the revelation.

Senior Ministers have been accused of fostering a ‘don’t ask, don’t tell’ culture on the hill and political staffers have reported feeling pressured not to come forward for fear of losing their jobs and becoming a political pariah for damaging the reputation of the party.

But as more women come forward, a domino effect has started where further women are inspired to tell their own stories, Ms Lee said.

Ms Lee said the courage of the women who came forward with allegations against former Australian Judge Dyson Heydon, including former ACT Law Society President Noor Blumer, inspired her to speak up about her own experience.

Women across the legal profession, including people she didn’t know, reached out to her and shared their experiences after she went public.

Ms Berry said that encouraging women to speak out and come forward is a big part of changing the culture and has called for a monumental shift to proactively protect women before incidents occur.

“You hear any victim of sexual assaults or domestic and family violence say they just want to be believed,” she said.

“[But] that is still the ambulance for the people at the bottom of the cliff – we have to do [something] at the top to stop people falling over.”

Both leaders agreed that the female majority ACT Parliament, which has been in place since 2016, has brought the diversity needed to make a difference.

Ms Berry said small changes implemented by former Chief Minister Katy Gallagher, who was a single mother when she was elected, brought a lived experience into the Assembly that helped increase women’s ability to participate.

This included moving meeting times from 8:30 am to 9:15 am so mothers could make school drop-offs and introducing breastfeeding rooms at the Assembly.

Support is available through Lifeline’s 24-hour crisis support line on 13 11 14 or through 1800 RESPECT.

Ms Berry says: ““I cannot recall being sexually assaulted within the Labor Party………………..”.

So, it is possible that she was because while Christian Porter can’t recall raping someone 30 odd years ago the rest of Australia is certain he did.