Last week the call went out for Canberra’s best chicken wings, and for a while Smoque was the only restaurant receiving recommendations. I was delighted to eventually see other venues being thrown in the mix, from Treehouse Bar to Ginseng and Mandalay Bus.

BentSpoke also came highly recommended and having never been there, I thought it would be a good place to start. BentSpoke is a newish brewery in Braddon and every time I walk past it is buzzing with people. I finally know why: Chicken wings aside, their menu is very impressive. They even have pavlova, which is probably my favourite dessert.

But back to chicken wings. I ordered a plate of six and they came out fast. The sauce tasted homemade and had fresh chilli seeds throughout, but surprisingly it was not overpoweringly hot. I did think that they were lacking in salt but once I started eating them with the blue cheese sauce they were pretty freakin’ delicious. 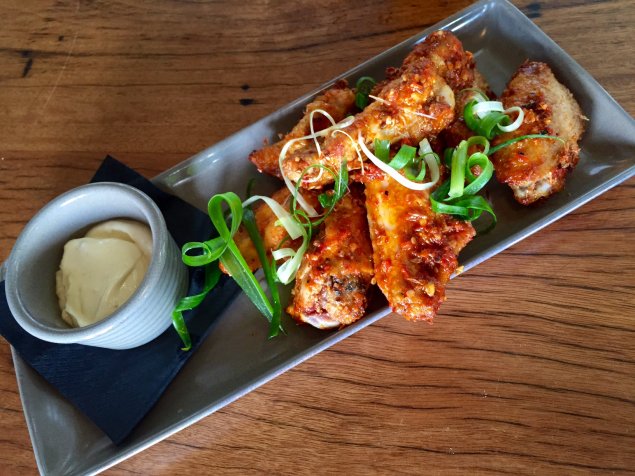 I was in the mood for more chicken wings so I made my way to Smoque, which is an American soul food restaurant in the city. I thought for sure Smoque was going to blow BentSpoke out of the water being an American concept. Once again I ordered six Buffalo hot-wings. Smoque has the option of regular, hot and suicidal and since I like being able to taste my food and would rather not burn off my taste buds, I chose regular!

The flavour of the wings was amazing, saucy, salty and the right amount of heat; everything you could possibly want from a chicken wing. Although Smoque hit the mark on flavour, presentation was lacking and the amount of oil puddled at the bottom was a bit much. 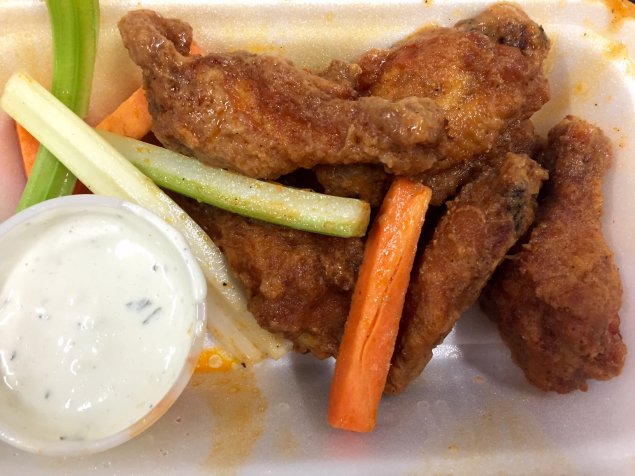 I know I asked for Canberra’s best chicken wings and I will choose a winner between the two, but I have to say I am slightly disappointed. Having had wings in the States multiple times, Canberra’s wings just don’t compare. However, this isn’t America, so I can’t be too harsh.

This week, it’s a tie. BentSpoke’s wings were better presented and appealing compared to Smoque, but Smoque nailed the flavours of both the wings and the blue cheese sauce.

Note: Chicken wings are not a great first, second or third date food! They are super messy!

Went to smoque and really enjoyed the flavor and the chicken wings there !

@The_RiotACT @The_RiotACT
The ALP's been in charge for almost 20 years but health has remained a constant sore point for successive Labor governments. Why? https://t.co/aGuaozRh3c (30 minutes ago)