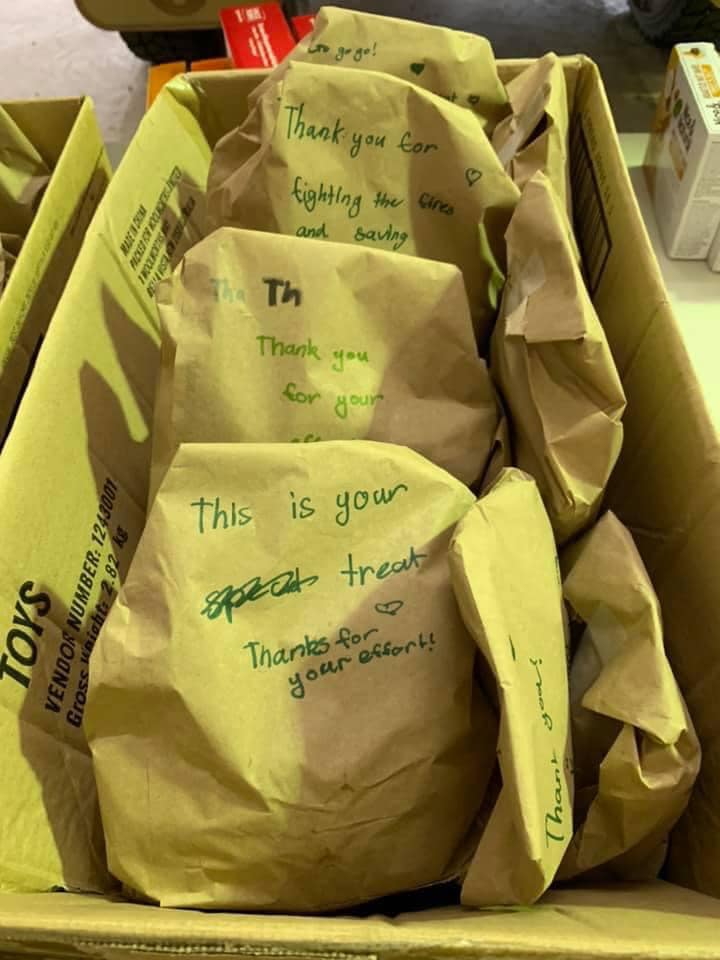 The bags of treats Emerald Smith made for weary firefighters. Photo: Supplied.

When Emerald Smith turned 10 last November, the big-hearted little girl spent her birthday gift cards buying treats for weary NSW South Coast firefighters who were just starting what was to become the summer from hell.

Emerald’s bags of treats, each featuring a beautiful message, lifted spirits in the Long Beach Rural Fire Service shed and won the hearts of the brigade.

“When the wheels were falling off with the fires, she brought the bags into the brigade with her mum, Josie,” recalls brigade member Kirsty Vickers.

“Every one had a different message, God love her. When she came in, it really touched me. She had this innocent face and said, ‘I just want to help.’

“We were all very touched.”

Little did any of them know the lifelong impact those bushfires would have on Emerald and, indeed, the whole South Coast.

Kirsty and her family are Rural Fire Service stalwarts. Three generations have served with the Long Beach RFS – Kirsty for almost 30 years. None of them had seen anything like the past summer’s bushfires.

“I went to the Canberra and Victorian bushfires and this made them look like barbecues,” says Kirsty. “I’ve never seen anything like it.” 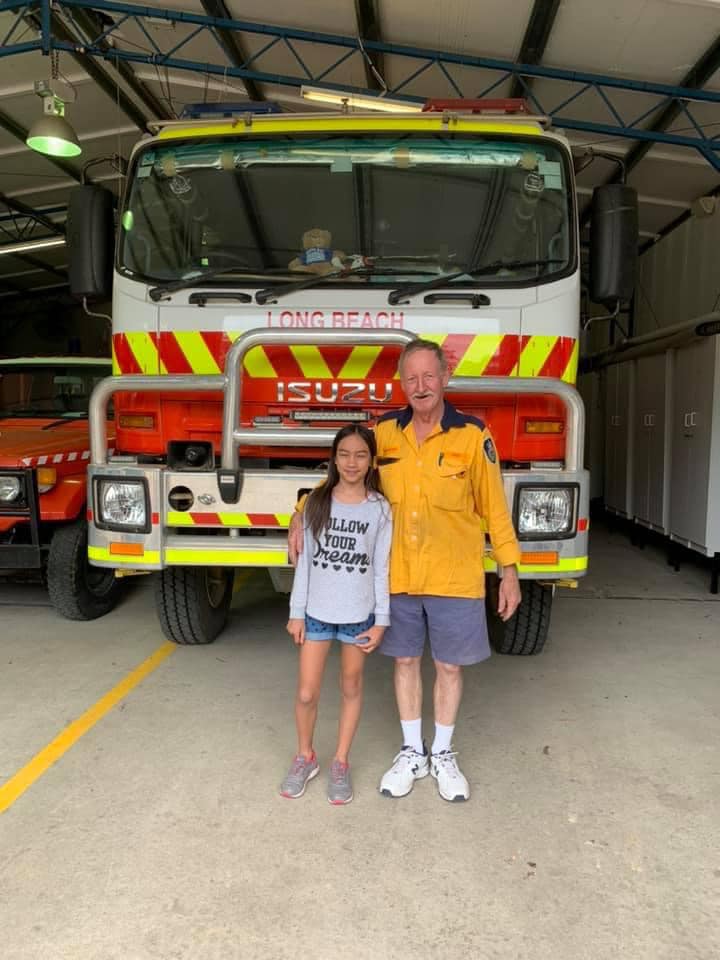 Just a month after Emerald’s generous gesture, her dad, John, went to the family’s bush retreat to defend his daughter’s childhood ‘fairyland’. He didn’t return.

“Emerald and Josie had to evacuate their home in town,” says Kirsty. “When they went back, they found their home standing but no sign of John.

“Sadly, they found John had passed away at his daughter’s fairyland while fighting the fire. It was her special place with her dad.

“Her dad was her world. It just broke my heart after everything she had done for us. Everyone has had a tough year but Emerald has lost everything.”

Update A message from Josie, Emerald’s mum.Thank you very much for your lovely greetings. Emerald was so touched and…

During this year, Kirsty has kept in contact with Josie and Emerald. When the little trooper turned 11 on 24 November, Kirsty wanted to do something to make it special.

“I just wanted to do a shout out [on Facebook] for Emerald so Josie could show her all the love people were sending,” says Kirsty.

“I thought a few people from the brigade might jump on and say happy birthday, but I’ve been overwhelmed by the response.”

By 12 pm on 24 November, the Facebook post (pictured above) had 739 comments, 846 likes and 344 shares. One person had contacted Kirsty to donate money to buy Emerald a gift voucher and others had sent their love.

“You have a heart of gold, a face of an angel and the strength of an army,” said one comment. “At just 11 years old you are so inspiring. Happy Birthday, Emerald, have a special day filled with love, laughter and joy.”

“Happy Birthday, Emerald, from the other side of the world,” said another. “I am in London, but my brother and his wife live in Long Beach. I love that area. I hope you really enjoy your day.”

Another wrote: “Happy birthday, gorgeous girl. Your dad will be with you through your journey of life. And your mum is also an amazing soul for raising you to be the amazing soul that you are.”

“It’s been amazing,” says Kirsty. “Emerald is such a gorgeous girl, inside and out.” 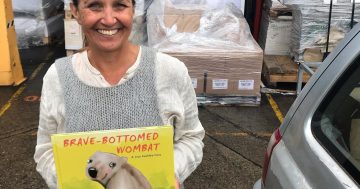 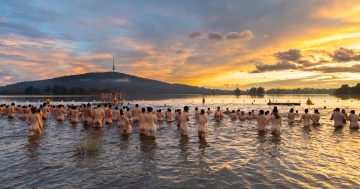