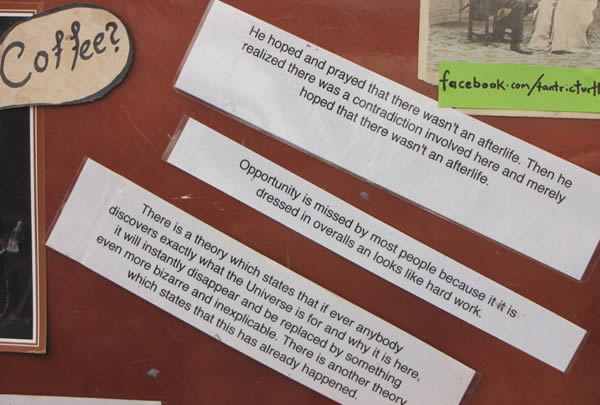 I had a dream, not a high in community morals, lofty politically idealistic dream, but one of my husband and I – and our little people, enjoying a music festival. There were grassy fields, mugs of cider for us, wonderful music and our little people dancing merrily in front of us – cue loads of laughter and ‘awwww’s’ from passers by. It might not be logical, or sensible or even particularly realistic or attainable, but it was my little dream. One shared with my husband and mulled over many, many times over the years.

Today we took our little people (2 and 5) along to the National Folk Festival at Exhibition Park, with these dreams firmly in mind. We arrived to that glorious belting of the senses that comes with the smell of incense, mixed with woodsmoke, chai and a feint smell of cigarette smoke (that isn’t tabacco), the onslaught of coloured flags, beards and tie dies and of course a wonderful sound of folk music in all it’s forms – a fiddle here, the soulful unaccompanied voice of a young woman there, a bit of mouth organ, the bells of a Morris dancer. Sadly, that was also combined with the whinging of my 5 year old. So, there in one foul swoop, our dreams of music festivals died a little. But they were reborn and reshaped over the course of the day.

Before I go on, I must put it up front that I took my brood along to the last day of the festival, which is especially for families and I suspect the ‘vibe’ is decidedly different to the rest of the weekend. It’s pretty sober, a little tired and calmer than I would imagine the rest of the festival to be. That is absolutely no reflection on the caliber of performers I saw along the way.

I started out catching the last couple of songs played by Leah Flannagan. The program talks of her ‘strikingly simple and direct solo recordings’ and I’m on board with that. For her last number she ditched most of her band and was on stage with another guitarist. Her voice was haunting, although she had complained of being quite ill throughout the festival. If that’s her at anything less than 100%, I will be downloading some of her stuff.

We had big plans to make it to the Alaska String Band, but they were full, with crowds spilling into the hallway. So, we headed over to the Marquee and stumbled across the Woody Mann performance. He was over from New York and had that kind of coolness about him that I would risk saying only really comes from a New Yorker (and maybe a Parisian). I haven’t ever seen anyone play the guitar like that before and didn’t know it could make that kind of sound, certainly not from just one instrument. If Star Wars used guitars instead of light sabers, Woody would be Yoda. I think I had a bit of a crush…

While my husband took my girls to the kids’ area for craft and general distraction, I headed to the Kate Fagan performance. I couldn’t look away from her tan cowboy boots. I wondered if I could pull it off but in my heart of hearts know the answer. She was awesome. Her album is now on my wish list.

I headed back to collect my brood and found them making fabric collages on big pieces of cardboard and then painting egg cartons. Next-door was a tent solely for entertainment appealing to little people. At one stage the crowd was pouring out the door and it was arguably the place to be in Exhibition Park. It was pretty good to be a kid at the Festival.

There was plenty going on ‘in between’ the stages – food, dancing, Morris dancers everywhere, shopping and even a sheesh pipe or two if you fancied it. We bought crepes from a guy called Ralph, yelling our order over the strains of Bob Marley. We had coffees and chai at the Tantric Turtle, taking in all the vintage bits and pieces surrounding the coffee machine. I marveled at the marionettes of ‘the squeaking tribe puppets’ (I did that without my girls though – they may have had a few nightmares over some of the faces).

There is loads for kids, but our discovery today was that it is easier to focus either on the kids or the grownups, but trying to do stuff for everyone gets very stressful. The girls were a bit bored by the more sedate music and we got a bit fidgety wishing their craft time away so that we could get to the next act we wanted to see. Next time I think we would take the girls one day and then see if we could leave them with their grandparents, to enjoy a late afternoon, evening of music, just the music we want to hear – and be able to really hear it.

In the end, we found the Recycled String Band, who seemed to be having so much fun on stage. The energy was high, the music was excellent and our girls danced while we managed to listen to the music and get a small taste of our dream. And, they perform with instruments that started life as something else, so big points for teaching a recycling lesson (they also sang about a friends supermodel girlfriend who was all good and wonderful, but didn’t recycle). Their album has already been downloaded and manages to get the family up and dancing pretty quickly.

We will definitely be back next year and I suspect the National Folk Festival will become somewhat of a tradition on our Easter calendar – although next year we will have two visits – one for grown ups and one for kids. 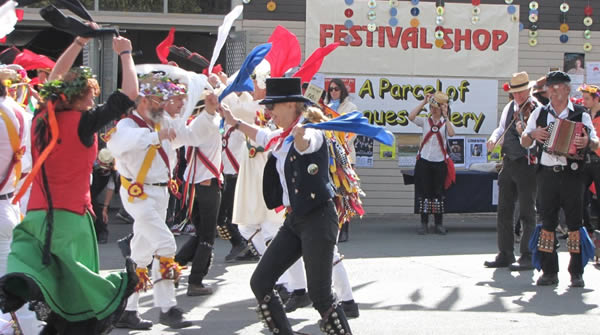 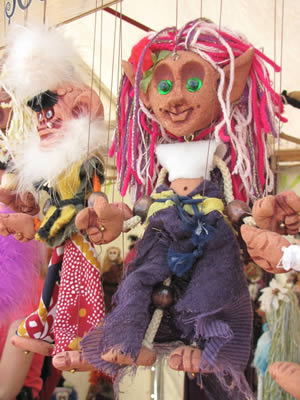 thanks for the review [btw, it’s ‘fell swoop’, not foul]

Eddie Majcic - 36 minutes ago
Yes. We need the AIS precinct better utilised. Open it up more to the public get more people using it. It's a great facility... View
Heavs - 53 minutes ago
I actually like what the Tasmanian Government just did. They partnered up with Hockey and bought a rolling bunch of events to... View
Capital Retro - 2 hours ago
"The sports organisation would, of course, require a substantial amount of money from the ACT Government to attract the event... View
News 2

Vander Leal - 1 hour ago
David Jackson maybe you don't see how public debt has been used to "keep the economy alive and thriving"... Nothing wrong wit... View
David Jackson - 4 hours ago
Interesting to know how? If I ran my business at a loss every year for the last twenty years and accumulated more debt while... View
News 1

nobody - 1 hour ago
Colonisation turned this continent into the great country it is today. If colonisation had not taken place, then MLA Paterson... View
Community 7

@the_riotact @The_RiotACT
Ratepayers and residents in 124 local government areas across #NSW go to the #polls on Saturday, 4 December. Here's a rundown on what you need to know https://t.co/cZ78vqVrLb (9 minutes ago)