A survey of 300 businesses in Braddon has revealed that more than half face the prospect of closure before the end of the year if another lockdown were to occur due to the COVID-19 pandemic.

On the employment front, 37 per cent of businesses are operating with around 40 per cent of their usual staff.

To further support ACT businesses, the ACT Government has announced that it is extending a range of economic survival measures to help local businesses trade during the COVID-19 pandemic.

JobKeeper payments will remain exempt from payroll tax, while a payroll tax waiver will be extended three months to December 2020 for businesses unable to trade, or able to trade on a very restricted basis due to ACT Government restrictions.

There are also incentives for commercial property owners affected by COVID-19 to continue to defer their rates interest-free for a further six months.

The survey was conducted by Braddon’s United Retailers and Traders (BURT) in response to the government’s $13.9 million commitment to upgrade lighting, accessibility and parking along streets in Braddon and Dickson.

Widened footpaths leading to the light rail stops, more bike racks for cyclist parking and increased lighting along Haig Park have been flagged by the ACT Government.

The first stage of works will begin in February along Lonsdale Street in Braddon between Cooyong and Girrawheen streets and is marked for completion in early 2022.

Spokesperson for BURT Kel Watt said it was imperative that the activities of business and government were in alignment or doors would close and hundreds of staff would face unemployment.

“The government’s investment in beautification is welcome in principle, but all the footpath flowerpots in the world won’t do a thing to grow revenue and staff levels back to normal if the failures of current infrastructure are not addressed,” Mr Watt said.

Mr Watt pointed to a number of urgent upgrades that could be made, with 93 per cent of Braddon businesses nominating improvements to car parking as a priority.

Upgrades to improve traffic flow, security and lighting, public toilets and loading zones were also identified as issues that needed urgent attention; however, 85 per cent of businesses were concerned upgrade works would hurt their operations.

“With the government linking upgrade work to the impacts of the coronavirus and need to help local operators, it is a no-brainer that upgrades identified by businesses should be made the priority.

“Owners and managers have said the crunch will come between now and Christmas, so the time for strategic cooperation is now,” Mr Watt said. 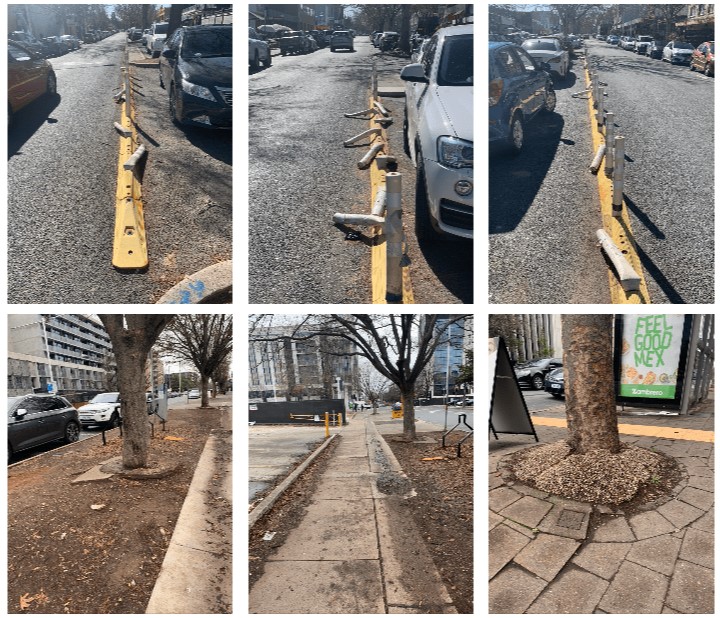 The survey was released as Braddon’s landmark Rainbow Roundabout was named the international roundabout of the year by the United Kingdom’s Roundabout Appreciation Society.

There was strong business support for the roundabout at the intersection of Elouera and Lonsdale Streets to be retained, along with enhancements to a number of roundabouts in the Braddon with artwork similar to the Rainbow Roundabout to reference multiculturalism, the environment, women’s suffrage or equity issues.

Mr Watt said discussions with other Canberra businesses provided anecdotal evidence that the hardships facing Braddon are being felt across the ACT.

“Failure to get the right policy and programs in place now will see dozens of Braddon businesses wind up and their staff without jobs. If replicated elsewhere, the economic crisis will be like nothing ever seen before,” he said.

The full report of the Braddon’s United Retailers and Traders survey is on their website.

“Mr Watt pointed to a number of urgent upgrades that could be made, with 93 per cent of Braddon businesses nominating improvements to car parking as a priority.”

If there is one part of Canberra where proximity to the tramline should have made a serious difference to car usage, this is it – Braddon, the very epicentre of the hip, Euro-style, car-free, inner-urban fantasy which clearly obsesses the ACT Government, and many of its most dogged supporters. And yet the people who see things with the clarity which comes from only making a living if people buy what you’re selling paint a somewhat different picture of reality.

This is why ACT Health paused restriction lifting with hotspots and lockdowns in other areas, to ensure we don’t end up with a sudden influx of visitors who bring the virus with them and set us all back. Canberrans have done well but need to make sure we do not become complacent as the virus is still out there.

These government imposed restrictions are causing anxiety and distress. They are over reactions based on panicked medical advice to futilely stop a flu type virus. There has been a national, state and local government failure to balance medical advice with rational economic advice on the consequences. The fears of the minority have taken control over the rights, liberties and livelihoods of the majority.

They can oil their locks. Politicians and their retinue are bringing the virus very shortly. 😡

How about a different perspective. Perhaps businesses wouldn’t be at risk if people, generally, weren’t so selfish when it comes to social distancing, mask usage where appropriate and, more specifically, staying home and isolating when not feeling well and/or staying home while awaiting covid test results?

It isn’t the business’s fault when they get caught in a lockdown because people are not following warnings and instructions.

Isn’t it clear that NO ONE is immune at this point to catching and spreading the virus?

Just look at the latest NSW town (Huskisson) that had visitors from Sydney who now tested positive. What about the builder who caused three hotels in Newcastle to close after he showed a positive result? People lying on declarations when trying to go interstate?

Until all that stops and people totally understand the risks to others, businesses will continue to be at risk.

Yeah coz they are paying a kidney in rent!

I think these issues are happening right across Canberra business. Braddon still seems to be getting a lot more patronage and a lot more ACT government support than other retail areas of Canberra.

I wonder how some of the businesses in the outer parts of canberra are travelling? Much worse than Braddon from what I’ve seen.

The new food area in Woden is dead compared to pre Covid times and parts of Tuggeranong seemed to have shut up shop (maybe for good).