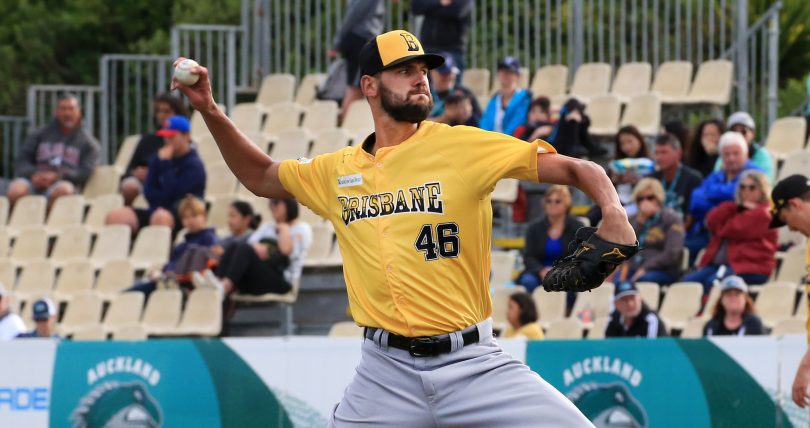 The Bandits released a statement with the ABL around midday saying the 34-year-old Dutchman suffered injuries on Saturday. Brisbane played the third game of their four-match series against the Canberra Cavalry at MIT Ballpark that night, but Brisbane said the injuries were caused in “an accident unrelated to baseball”.

“Loek is in a critical condition in Canberra Hospital being cared for by the hospital staff and doctors. Loek’s family have been spoken to and a family member will be arriving in Australia shortly,” the statement said.

“Loek is a highly respected baseball player across the ABL here in Australia, his home country of the Netherlands and many other parts of the world where he has played baseball. Our best wishes and prayers are with Loek and his family and friends at this very difficult time.

“Baseball Australia and the Brisbane Bandits will provide updates on Loek’s condition in consultation with his family when appropriate and we ask that the family’s privacy be respected during this time.”

The Netherlands international started his career in the ABL with the Adelaide Bite before signing with the Bandits this season. He is best known for being the tallest professional baseballer in the world.

“Our thoughts and best wishes got to Loek, his family and the Brisbane Bandits,” he said. “An incident like this puts baseball in perspective and we wish him a speedy recovery.”

So what happened!? This is a very strange story.

As far as I understand, he fell while bushwalking on Saturday morning.