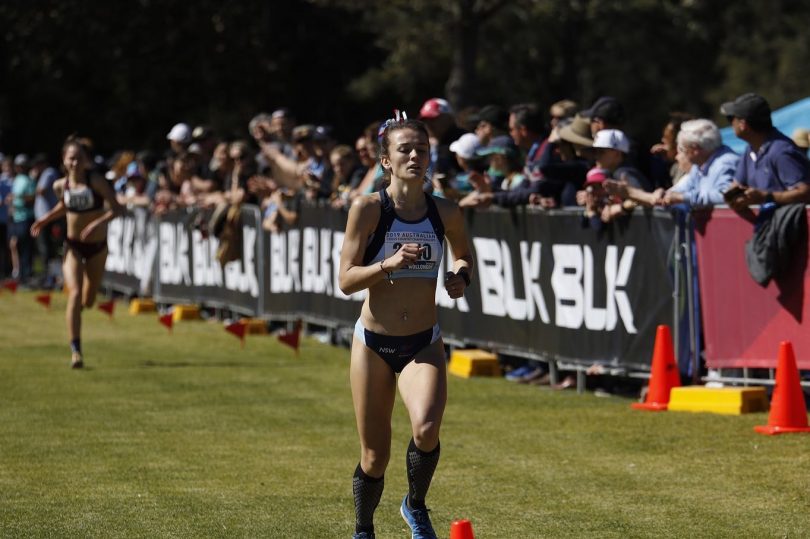 If you spot a long-legged figure running on Broulee’s beaches and backroads, it’s likely to be 17-year-old Moruya High School student Jaylah Hancock-Cameron.

Those roads and trails are part of her 7 km training route, which she does six days a week, every week.

As she passes, you might not guess that this Eurobodalla runner is ranked second in the world for u18’s in the 1500 metre event and has aspirations to compete at the World Junior Track Championships to be held in Kenya next June.

“She’s a very humble girl,” Jaylah’s coach Anda’e Kalemusic, of Limitless Track Team, says. “You’d never know when you meet her that she was the only non-African on the podium last year in Argentina for the Olympic Youth Medal. She’s won so many comps we can’t keep track.”

Most recently, Jaylah won the title of Australian Champion at the annual National Cross-Country Championships in Dapto last month, completing the 4 km course in only 14 minutes and 2 seconds.

“After the last few years of getting the minor medals, I was able to get one better this time,” Jaylah says of the win.

Now that the cross country season has finished, Jaylah will move straight into track season, where she competes in the 800 m and 1500 m events. 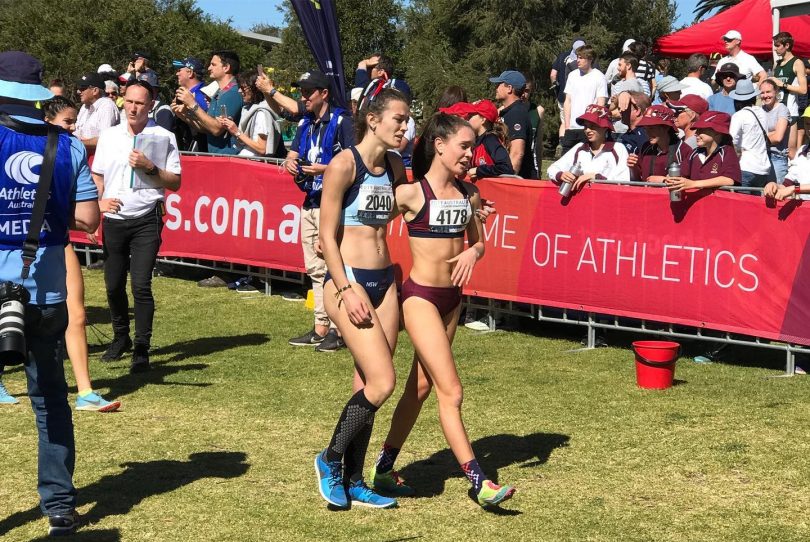 Jaylah trains with the Limitless Track Squad twice a week in Batemans Bay along with about 10 others and often travels to Mollymook, Anda’e’s hometown, to train as well.

“I got into cross-country through school and have been enjoying running since I was eight years old,” Jaylah explains.

“But it was when I started training with Anda’e and the squad when I was 14 that I really realized it was what I wanted to do.”

Anda’e, who has been coaching runners for over 20 years, says she knew in the first month of training Jaylah that she had something special but it’s taken a lot of hard work to get to where they are.

“When I met Jahlah, she was playing rep netball and I had to convince her that she was a runner. She didn’t know how to hurt but once she saw what training could do, there was no going back to netball,” Anda’e says with satisfaction. 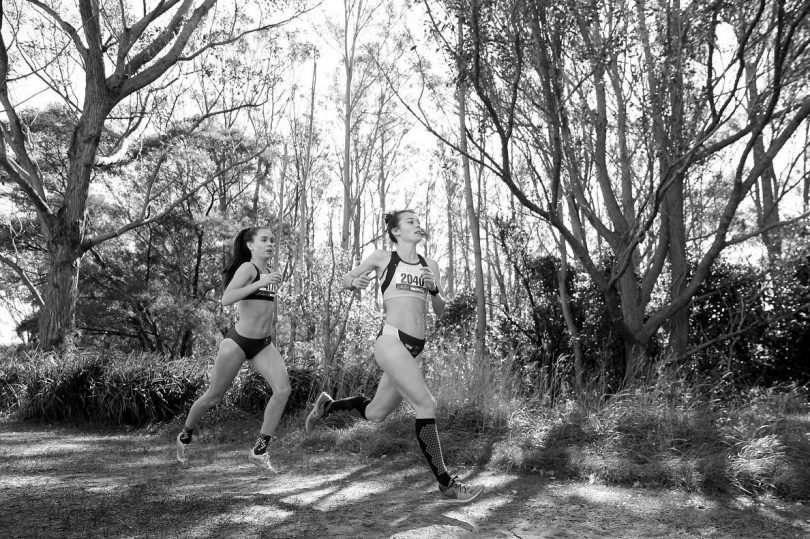 “She’s definitely got it, she’s just got to stick with it,” says coach Anda’e Kalemusic of the Moruya High School student [right]. Photo: Supplied.

Now, Jaylah is “one of the most committed athletes I have,” Anda’e says but she attributes a large part of the Eurobodalla teen’s success to having her family on her side.

“Jaylah has huge support from her mum and her nan, her mum rubs her legs at night, drives her to wherever she needs to go and that is so important. You have to have the family’s support, it can’t just be coach and athlete.”

Although running is a solo sport, eight runners from the Limitless Track Team competed in Dapto in August and Anda’e says she is impressed by how the entire team supports each other.

“They are all striving and they celebrate each other’s wins. When Jaylah has had a big race coming up, the others on the squad will set up drills to push her and create that race environment.”

Anda’e is invested in making sure her runners continue to enjoy the sport and don’t burn out.

“You’ve got to have other things in your life, it can’t all be running,” she says, which is why she insists on a day off a week and encourages her students to spend time with friends and pursue other interests.

For Jaylah, study has to be part of her schedule as she nears her HSC exams but juggling her athletic goals with academics doesn’t seem to phase her.

“I’ve just finished my trial exams,” she says, “and track season goes right through the HSC until April next year. My plan is to get a part-time job after school and focus on running. I won’t go to uni right away but maybe later.”

The next Olympics, held in Tokyo in 2020, are coming up too fast for Jaylah to think about competing but Anda’e has not ruled out the 2024 games as a possibility.

Through it all, Jaylah will keep up with her daily training and, as Anda’e says, “you’ll know when you see her, she floats.”