Experts in buying, selling & renting
Your property, your future
4 January 2019 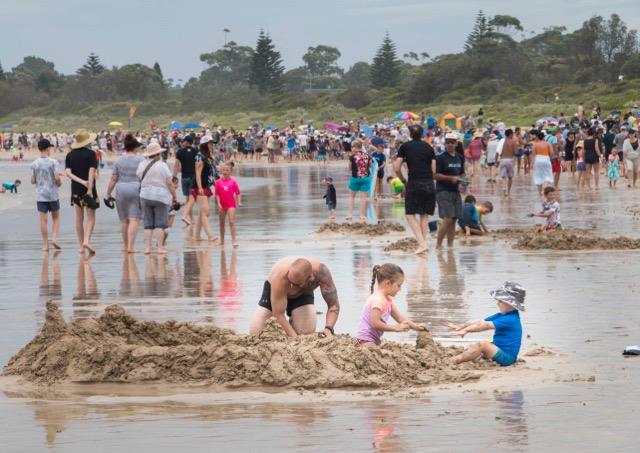 The word is out and Broulee’s New Year’s Eve sandcastle competition, organized by the Broulee/Mossy Point Community Association, is growing bigger every year.

“Over the last three years, we’ve been seeing an increase in entries by about 20 each year,” says community association member Deb Waser. “So this year we had 120 entries, last year it was 100 …”

Spectator and Broulee resident Mark Brain, who took his two-year-old son Eamon to the competition, said he had never seen such a hive of activity on Broulee beach.

Teams can have up to five members working on a sandcastle or sculpture at a time, so up to 600 people were playing with sand this year, and a further 1500 cheering them on.

“It looked like there were thousands of people on the beach,” says Brain.

Although the competition has been happening for over ten years, the recent growth has been mostly through word-of-mouth and a bit of social media publicity explains Deb’s husband John, who is also involved in organizing the event.

The community association keeps it simple and relies only on a low tide and the generous support of local business’ such as Broulee Surf School, Total Eco Adventures and Mogo Zoo who donate prizes for the winners, says John. 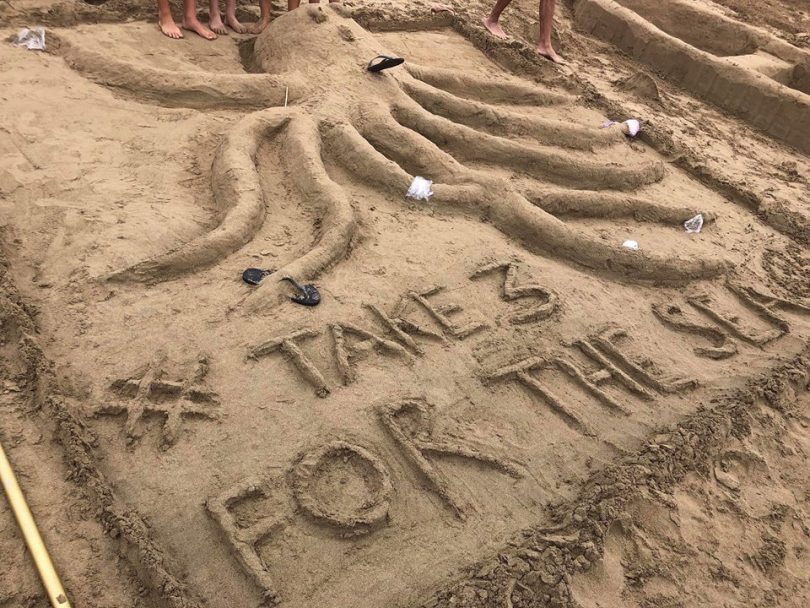 Some entries had a message – this one supports “Take three for the sea,” a campaign which brings awareness to littering on beaches. Photo: Mark Brain.

“There are rules – you can only use tools you would have at the beach, such as a bucket and spade,” says Deb, “but we’re not too serious about it. This year a favourite entry was a large group of nursing mothers who knew they wouldn’t all be able to work consistently for the hour with little babies to tend to, so they just tapped in and out, making sure only five were working at any one time.” 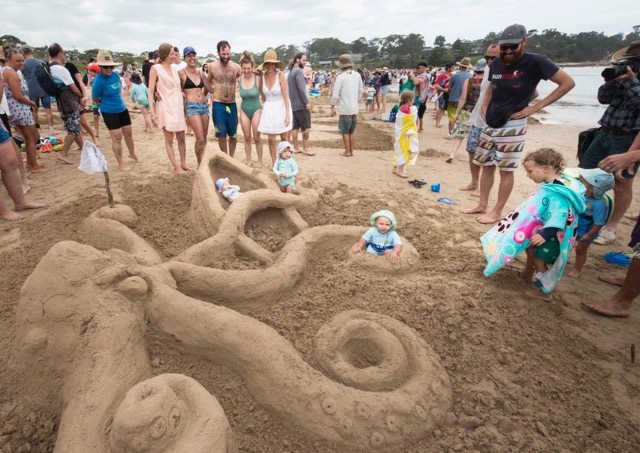 According to the Wasers, there is no typical competitor, with a demographic including teens, families, people in their 20’s and 30’s and even seniors who aren’t usually seen on the beach but are able to come down with the help of their grandchildren.

Competitors hailed from every capital city in Australia, says Deb, as well as from the USA, Samoa, New Zealand, and England. 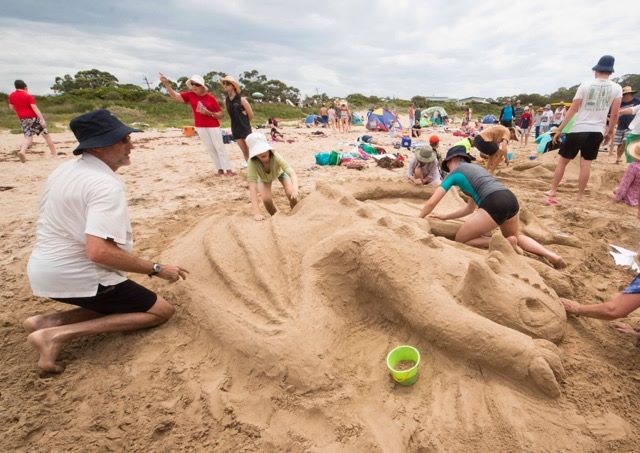 This year $1200 was raised and will be funnelled back into the community.

“We’ve been involved in funding a number of community projects,” Deb says “including the school library. Lately, we’ve been working with council to fund the extension of the bike and walking path which connects Broulee and Mossy Point. You wouldn’t believe what a difference a path makes – it really connects the two communities.”

Although the prizes – vouchers to use at local business’ – are a drawcard for competitors, the real prize is “the glory,” laughs Deb.

“The stuff people come up with is really mind-blowing,” adds John “and overall, it’s just such a positive community event.” 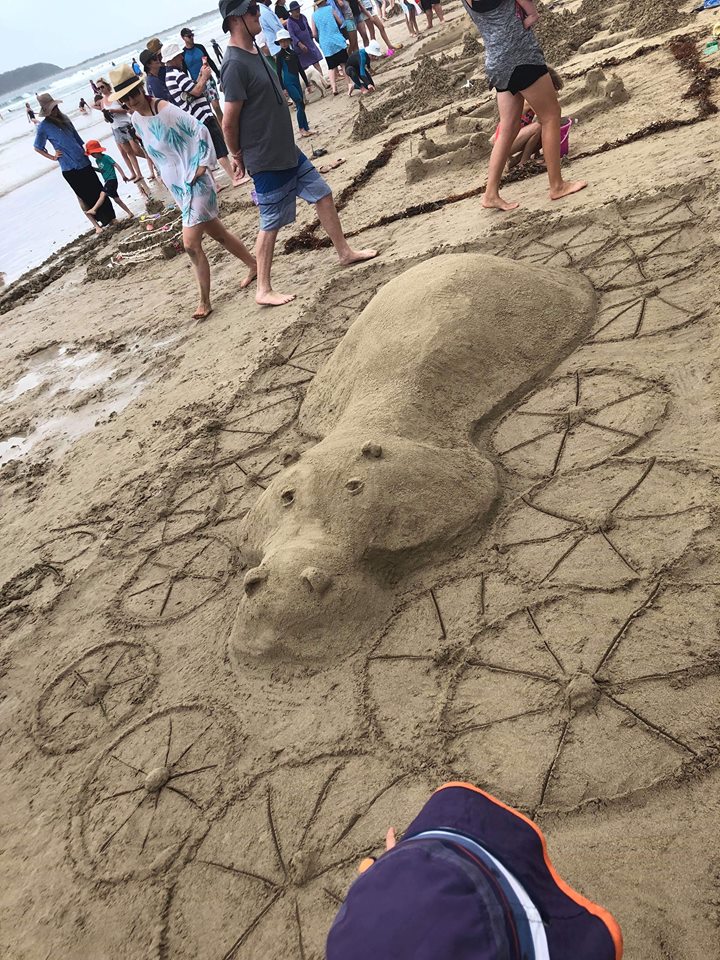 “The stuff people come up with is really mind-blowing” – Photo: Mark Brain.

This year’s winners were: