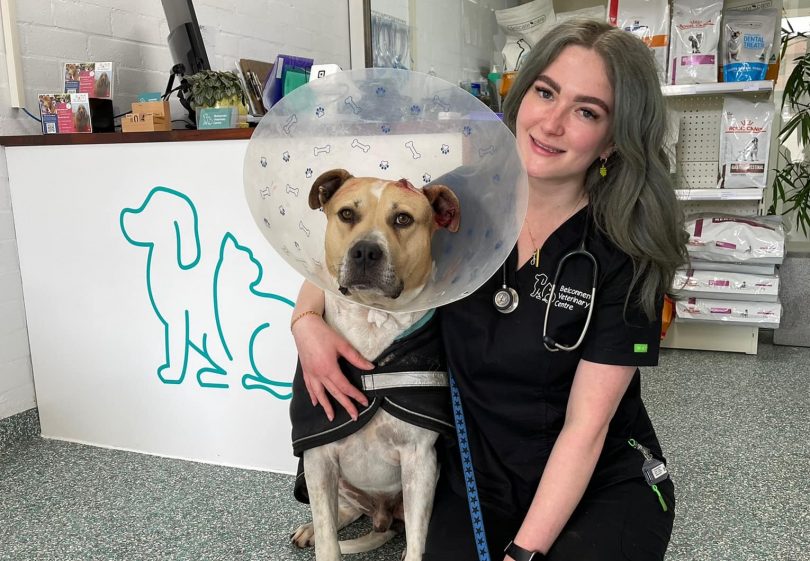 They say a dog is man’s best friend but in the recent case of Pauly New and his best mate Bruiser – the dog acquired an entire city’s worth of friends.

The pair have now been reunited after Bruiser was desexed, thanks to the support of generous Canberrans who donated through the Rainbow Paws Program to cover the costs of the procedure.

According to Rainbow Paws president Natarsha Lawrence, it’s not an uncommon situation.

“Because it is the law that unless you hold a specific permit your dog should be desexed, we do work closely with Domestic Animal Services (DAS) clients who are unable to get their dogs out of the pound until they have been desexed,” she explained.

Without Bruiser, Pauly’s mental health deteriorated quickly and as Natarsha says, this is something everybody was able to relate to.

“Pets are non-judgmental – they provide love and companionship and for people on the streets who might already be isolated, this is really important.

“Many rough sleepers have dogs as it can be dangerous out there on the streets and you’re very vulnerable. The animals have such good hearing that they provide physical, as well as emotional security,” she explained.

Rainbow Paws helps many Canberrans who are on the streets, sleeping rough or vulnerable, in a number of different ways – and Natarsha says they do everything in their power to help people and their pets stay together. 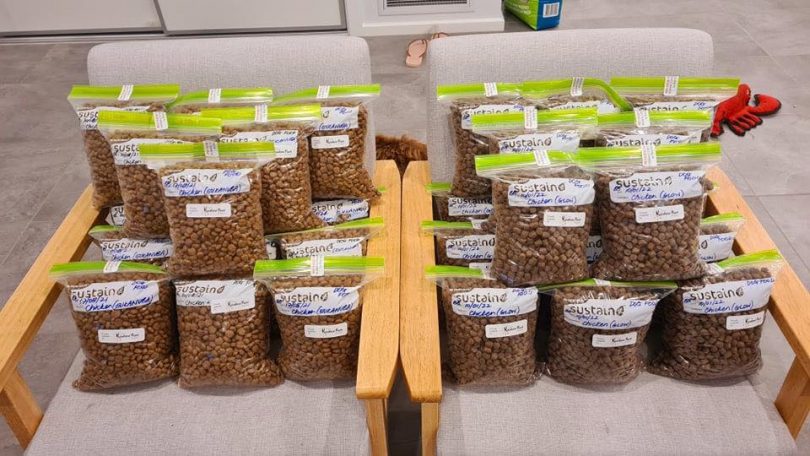 They deliver pet food to 16 food pantries across the city so it can be accessed by those in need, as well as drop off specific packages to those who might be unable to travel. Other programs provide subsidised vet care, and subsidised desexing through ‘Snip Snip’ – the last caters for those who need to board their pets while they are in a situation where they can’t care for them themselves.

While Natarsha said demand for their services has remained pretty steady throughout the last 18 months, it can fluctuate due to changing circumstances and unexpected vet bills popping up.

“It’s hard to predict because one week you might have a couple of animals who injure their paws and need care and other weeks all the pets will stay happy and healthy,” she said.

On the third Sunday of every month, the Rainbow Paws team heads along to Pets in the Park which is run behind the Early Morning Centre on Northbourne Avenue.

The centre’s director Nicole Wiggins explained they are able provide basic veterinary services such as vaccinations and worming as well as grooming. People can also collect pet food and supplies from Rainbow Paws.

“Pre-COVID times, we also ran full surgery clinics three or four times a year where individuals could go on a waitlist to have their dogs desexed.

“Unfortunately at the moment we haven’t been able to restart these services,” she said.

There are a number of other services available including the ACT Pet Crisis Fund which helps to cover vet bills, the RSPCA emergency boarding program and Northside Community Services’ Pets and Positive Ageing which helps elderly people care for their animals.

Many of those providing these services work closely with one another. For example, Rainbow Paws’ Natarsha explained that the RSPCA boarding program often refers cases to them after the initial two weeks of boarding has passed.

The RSPCA provides emergency boarding facilities to people who may be facing housing crises, fleeing domestic violence or having unexpected medical issues.

Both Natarsha and Nicole said that there is a larger need for services for vulnerable community members and their pets than what is currently being filled.

“With more funding, we would do more and hopefully as we grow we will be able to move into more spaces to help,” Natarsha said.

In a town that is full of fat cat politicians it’s not surprising that they haven’t noticed the homeless much less address this growing problem. Too busy touching up their staff and denying the bloody obvious

Can’t wait to come give you a cuddle !!!

Rachel Barrer – this is my new vet who diagnosed Astro properly. See I knew they were good people!!

Larissa Peters I’m so happy for Paul and Bruiser! I see them almost every day… They deserve to be together! 🥰

Dylan Bushnell , you will love this story. Paul and Bruiser are often up at my local shopping mall. Bruiser is just so placid and friendly. We often bring him treats. He was accused of attacking someone and was taken away. The community rallied around to get him back to his owner. Lovely story and happy ending 😀😀

My son is over the moon that they are together again, we know Pauly and Bruiser from there time at the Chisholm shops. He was so concerned when we found out that they were appart. Great news

Look at Bruiser he is a Hero. ❤ He is such a beautiful dog. He has been and still is loyal and lovely. He sticks by Pauly and shows Pauly unconditional love and support.

Omg omg omg Jayde Diebert I am so so happy for him.

Why did he need to be desexed?

Jorge Gatica because it’s the law that all domestic animals be desexed unless you have a permit to keep an entire animal (which is usually only available to breeders).

Very happy for Paul and Bruiser and great work by the Canberra community.

Emma Levett oh mine too!

Great outcome. Enjoy your lives together Paul and. Bruiser.