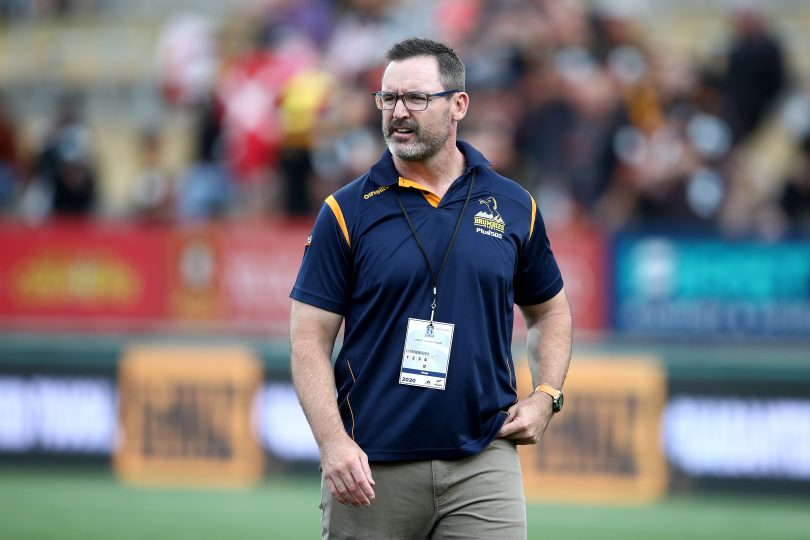 Dan McKellar is pleased with the direction of the Brumbies so far in 2020. Photo: Supplied.

Over the years I have been critical of rugby, from the disconnection from the grassroots to the style of play and the interpretation of the rules.

But credit should be given where credit is due. The Brumbies are leading the way to change perceptions of rugby – including my own.

Not only are they winning (they’re three from four in 2020), but they’re winning with style. The way they play deserves as much praise as the victories.

The 26-14 win over the Chiefs in Hamilton came on the back of the best first-half from a Brumbies side against New Zealand opponents since the Brumbies hammered the Crusaders in the first half of the 2004 final.

To lead a New Zealand team 19-nil at the break then 26-nil soon after half time in New Zealand is nothing short of a rugby miracle.

Yet you can be guaranteed the focus in some quarters within rugby will remain on the woes of the code. We will be told how everything in the game continues to fall to pieces and that there is little to like in rugby except the Sydney club competition.

Brumbies coach Dan McKellar called it out after the victory over the Chiefs on the weekend, suggesting that over the past two years his side had worked to create some positivity so that people are talking about the good things in rugby.

McKellar went further by saying that people in rugby appear to get enjoyment from bagging the game.

He’s right. You can bang on about the rules, about the interpretation by the referees and the skill level of the players but the reality is, for the majority this season there has been plenty to like. The Brumbies, for one, are prepared to play attacking rugby.

The only game where that wasn’t possible was in the loss to the Highlanders. The Brumbies, battling illness and a disrupted preparation, and playing in wet conditions, scored three tries from rolling mauls. Sure it wasn’t a great spectacle, but it also didn’t accurately reflect the team’s attacking approach this season.

Away from the field, there is a narrative that the rugby hierarchy listens neither to the concerns of the grassroots nor its supporters. While that may have been a factor in the past, it is definitely not indicative of the present.

The Brumbies have been more than pro-active in their engagement with the community. Only a couple of weekends ago, the entire team turned up to support the community of Braidwood the day after playing a Super Rugby game.

I have been critical of aspects of the Brumbies over the years but I have been equally praiseworthy when I feel as though they are doing the right thing such as supporting grassroots rugby, the community and playing rugby in the tradition of the champion Brumbies teams of the past.

This season in local club rugby, we will see more Brumbies contracted players turning out for club teams than ever before with an early finish to the Super Rugby season. So if we are going to talk about the woes of Australian rugby, it’s best not to include the Brumbies.

Thank you Tim and thanks to our Brumby Jack women and men.

Good report, let’s be outside about everything!! Note also : ticket sales have soared thanks to Dan’s leadership! Next game is a Sunday at 4 o’clock, should be great for a family outing. 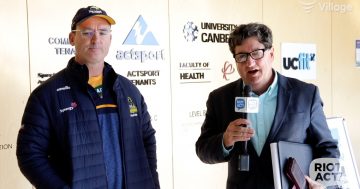