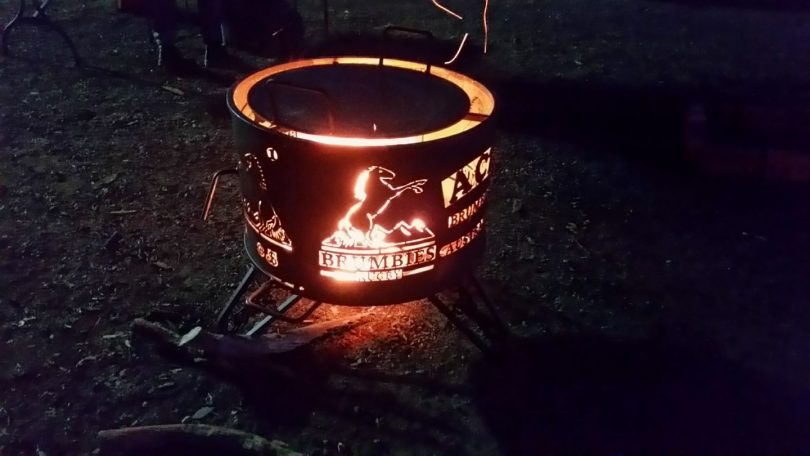 Celebrate the rugby community and enjoy the atmosphere with the Brumbies fans BBQ in the carpark. Photos: Supplied.

Before and after almost every Brumbies home game, you can find a group of people huddled in the middle of the eastern carpark outside GIO Stadium, with a beer in hand and a sanger in the other, chatting about the game they love.

Regardless of the plummeting winter temperatures or the team’s success, the group of die-hard Brumbies fans will be there.

Having supported the club since its infancy, event organiser Greg Ward said the idea to host a BBQ in the carpark arose after an American exchange student talked about a popular American tradition of a tailgating party.

A long-held American custom of BBQing, drinking beers and ferociously debating all sport topics in the stadium carpark before the game, a tailgating party builds momentum before a sporting event and brings a new level of social interaction to games. 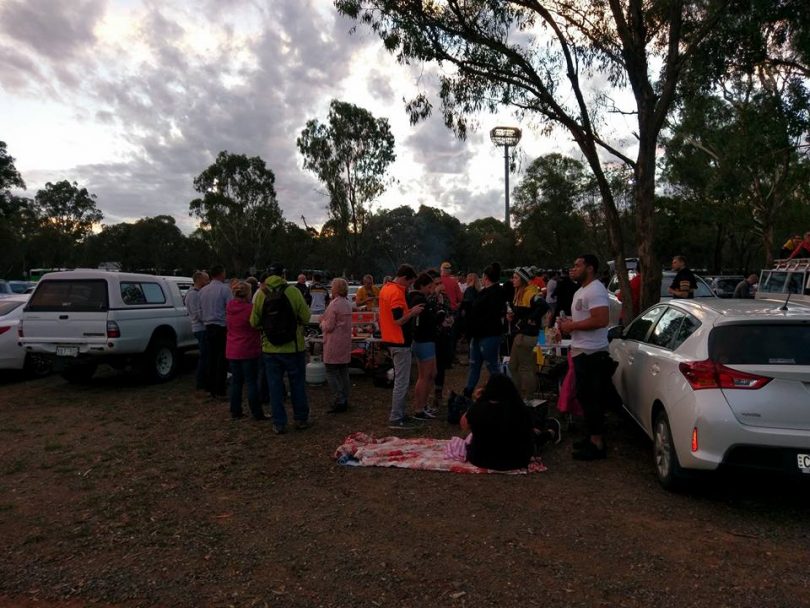 “I was trying to indoctrinate the American exchange student in the ways of rugby so we thought we give this tailgating party a go,” Ward shared. “So we went out to the Brumbies and I set up my BBQ in the carpark and a couple of my mates joined in.

“It was great fun so we kept doing it so it’s been running for around 10 years.”

Scheduled to get the pre-game party atmosphere started hours ahead of the live kickoff, the carpark BBQ can either turn into a post-victory celebration or commiseration wake. Though attendance dwindles from time to time, the main cohort sticks together.

“Some days we had over 150 people rock up and multiple fires and BBQs and we even had Christian Lealiifano, Henry Speight and Ita Vaea drop past and say hi after the game,” he shared.

“The before and after game gatherings makes it an event and not just a game. You turn up regardless of how the team is going, you are having fun. Hopefully, it encourages more people to come to the game, so we can be a little more vocal and maybe that transfers to some extra points on the field.

“If we have more community-based things, rugby wouldn’t be in the trouble it is now.”

Celebrate the rugby community and enjoy the atmosphere ahead of a must-win derby against the NSW Waratahs at GIO Stadium on Friday night (15 March).