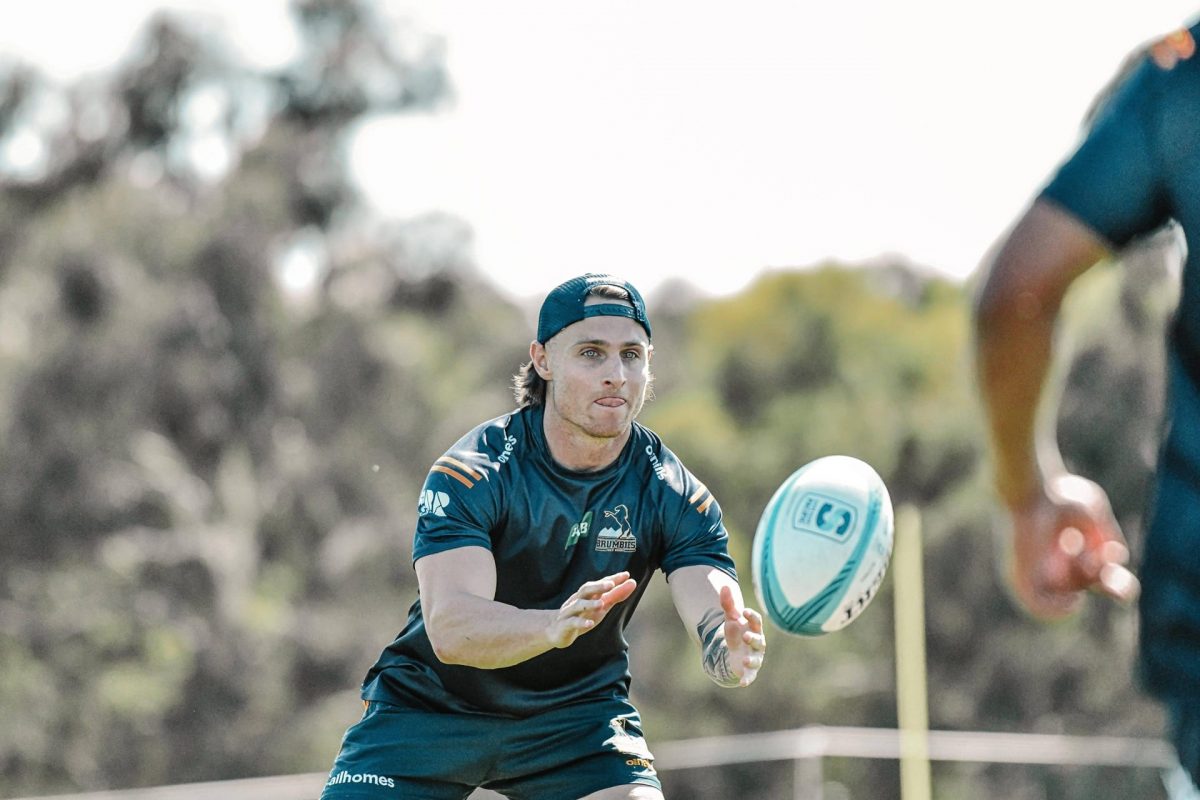 I’ve watched Corey Toole firsthand many times at training and playing with the Gungahlin Eagles. It is hard to imagine a quicker player in professional rugby.

He arrived in Canberra as a raw, talented teenager having tasted success with the Wagga Waratahs. It’s always hard leaving home but he backed himself and his ability was there for all to see later that first season on the field in the John I Dent Cup.

In the dressing rooms before Eagles games he was usually relatively quiet, but on the field, he was explosive.

On the end of the Eagles’ backline in 2020, Toole was simply breathtaking with speed and composure.

READ ALSO With Canberrans flocking to the South Coast, how many entering the surf actually know how to swim?

Corey’s game was built for 7s. His debut for Australia came in November 2021 before going on to score the most tries in the World Series with 27 tries.

He helped Australia finish fourth at the Commonwealth Games in Birmingham in 2022 but by his own admission he had unfinished business with the 15-aside game.

He was effectively on loan to the 7s as he made his way back to the Brumbies ahead of the 2023 Super Rugby season. 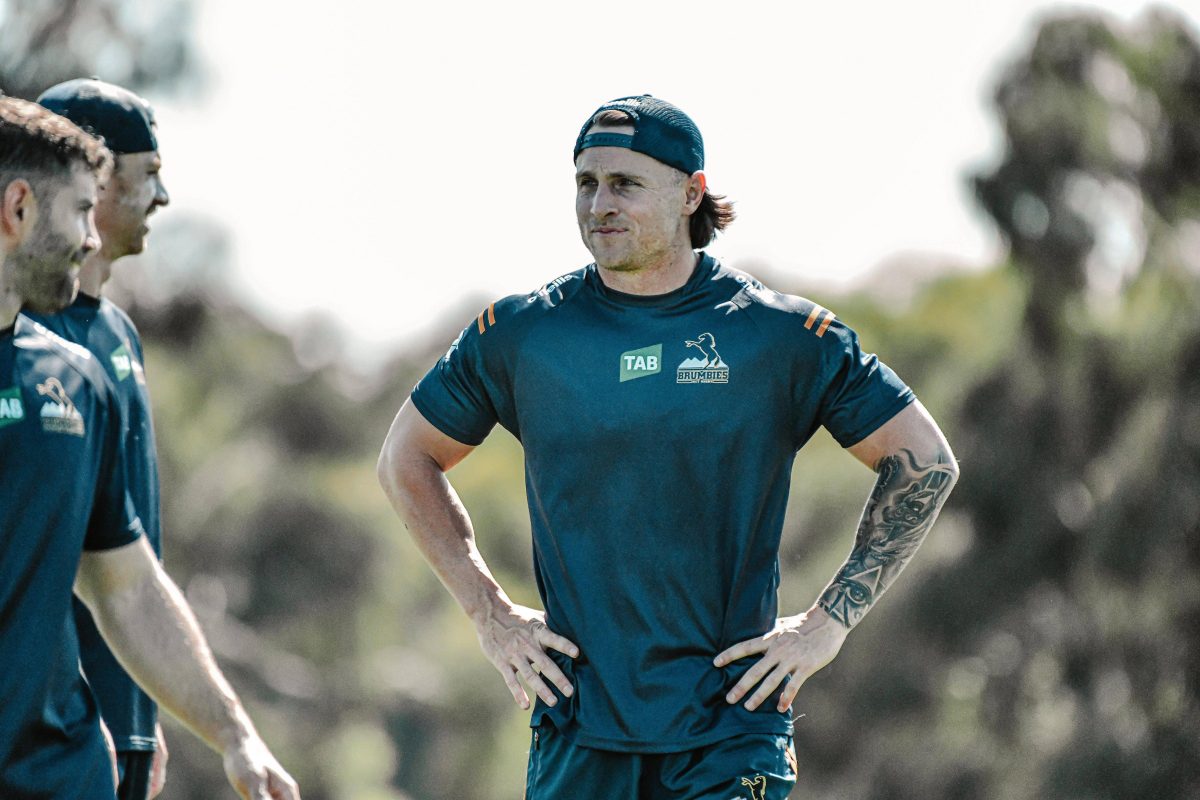 Corey Toole will enjoy playing at his hometown of Wagga when the Brumbies meet the Melbourne Rebels. Photo: Brumbies.

He has been nursing a shoulder problem in the preseason, a carryover from the 7s program, but there is optimism he will be ready to go in the Brumbies’ opening trial against the NSW Waratahs in Griffith on 4 February.

The big moment though will come the following weekend when the Brumbies face the Melbourne Rebels in Corey’s hometown of Wagga Wagga on 11 February.

The Brumbies will be playing double-headers at both Griffith and Wagga with the Super W side under new coach Scott Fava putting their skills to the test.

Brumbies CEO Phil Thomson said with the COVID-19 restrictions lifted, his club was returning to play trial games in regional NSW for the first time in three years.

“To genuinely connect with our community in Griffith, Wagga Wagga and the surrounding regions with these matches and the associated community engagement activities in the region is something we are really excited about,” Thomson said.

Trials often lack the intensity of premiership games with little riding on the result but for new players in the program such as Corey Toole they’re an opportunity to impress.

If fit, he will almost certainly get an opportunity to play. The Wallaby players in the team are on restricted playing time due to a demanding 2022 and also as they head into a World Cup year.

Corey will be returning to his hometown after being away for two years. The return will be momentous. 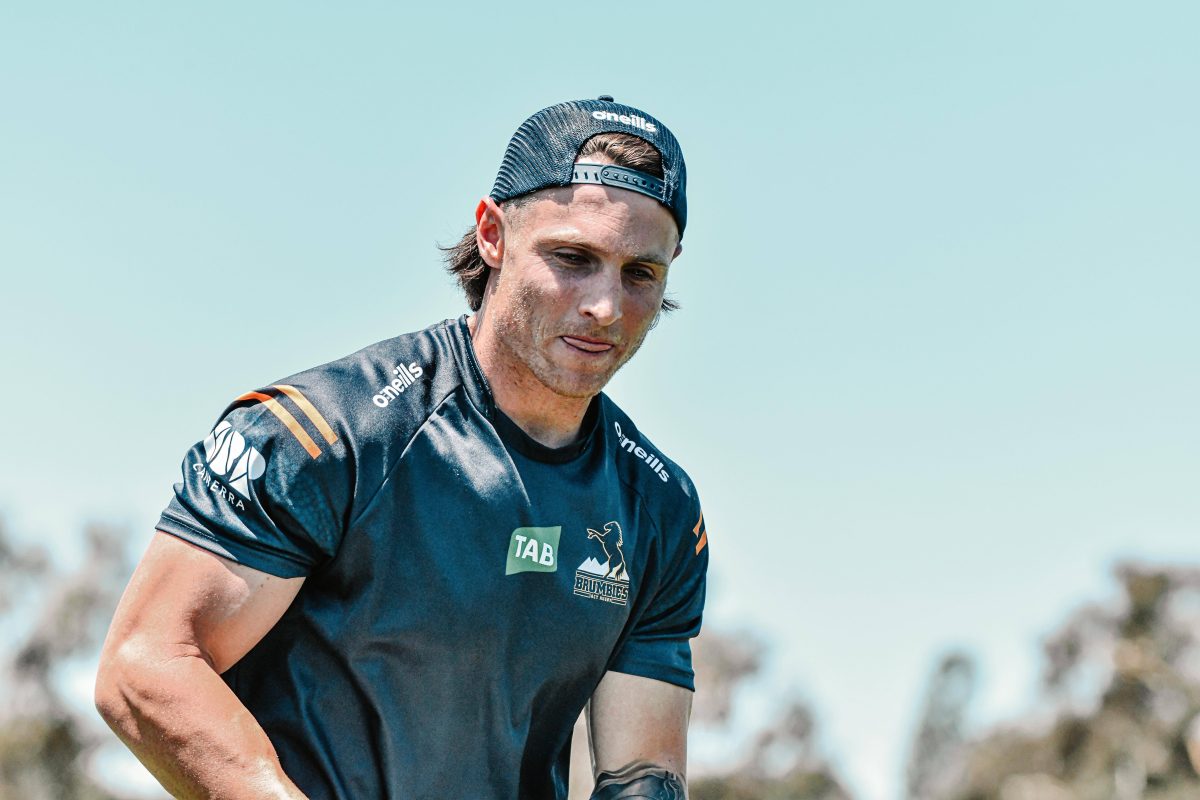 Corey Toole has been nursing a shoulder problem in the preseason but hopefully he will be ready to play in the Brumbies’ opening trial against the NSW Waratahs in Griffith. Photo: Brumbies.

He has been forced to make adjustments to his game including his tackling technique with a fair gulf between 7s and 15s in terms of intensity.

We have seen other players take time to adjust from 7s with the physicality far greater in Super Rugby. There is also less space in which to perform.

If Corey gets in open space though, Brumbies fans are in for a treat.