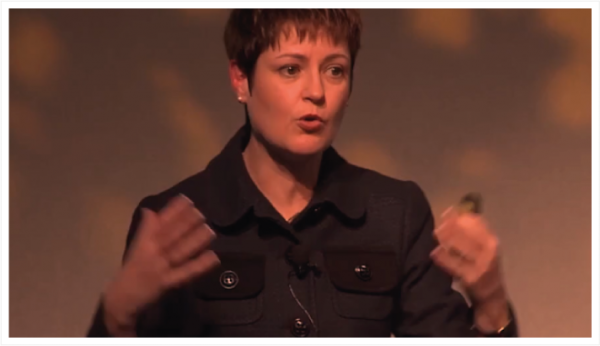 “Canberra is way behind in terms of customer service, in retail, trades and services businesses, as well as government service roles,” says Shelley Thomson, Director of Experience360.

Experience360 specialises in helping other businesses to create “experiences” for their clients, that are memorable and keep people coming back for more.

“We have to change the way we serve,” advises Shelley.

And I happen to agree with her.

Shelley is dynamic, entrepreneurial in the extreme, and has done all the hard yards to deserve a place in our “Bucking the trends” series here. She is truly a phenomenon. Like other entrepreneurs I’ve encountered, she’s a life-long learner and I met her at a conference in Melbourne recently – serendipity!

Eldest of five children, Shelley was greatly influenced by her entrepreneurial father, who had an accounting business, where he saw many businesses go through hellish times. He urged Shelley to get a secure job; not an uncommon attitude in those days. So initially, Shelley (a science type at school), went into the field of medicine, moved to the buzz of Melbourne and loved it.

In fact, Shelley, trained in the field of Nuclear Medicine (sounds impressive, doesn’t it?), and ended up in an Ultrasound after-sales service role for Philips Medical. Shelley was exposed to world-class sales training there. Initially, she was resistant, but when they brought in a world class trainer who provided an intensive sales training course, Shelley was hooked! The training was fascinating and changed her mindset dramatically. She realised that good sales are all about listening and solving people’s problems. The detective in her loved this notion.

Long story, short, Shelley became the Sales Manager for Australia and New Zealand and in her early 20s, exceeded all expectations the company had set for her. She bent over backwards for her clients and they loved her. That’s where she got a solid grounding in ‘customer service’.

But life happens to you, said John Lennon, when you’re making other plans and Shelley fell in love with a doctor from Canberra. She quit her job and moved here.

Next, a new partnership opportunity arose in a ground-breaking subsidiary start-up, selling portable Ultra-sound machines throughout the Asia Pacific region and Shelley then had the opportunity to build up a new business from scratch. Once again, she thrived and found herself travelling all over Australia and internationally, selling and demonstrating. In Canberra, Defence bought the machines in bulk for their military triage operations. The business was wildly successful once more, thanks to Shelley’s entrepreneurship.

But that ‘John Lennon moment’ happened again, when her partner had sudden medical issues. Shelley had to catch the red-eye back to Canberra, and a watershed decision was needed. No more travel and she would just have to reinvent herself.

Next? She bought into a gourmet food franchise (which turned out to be both disastrous, but a blessing in disguise), as she managed to get out of the franchise and rebrand her own independent shop, Manuka Fine Foods. After an initial period of recovery (from exiting the franchise), the business grew from strength to strength, and once again she was at the helm of a wildly successful enterprise; her customers – her biggest fans.

But, disaster struck again in 2009. The shop burnt down, due to an electrical fault, and without continuity insurance, she found it was not viable to continue. Lesson learnt.

Colliers International headhunted Shelley then, and Lindsay Roberts appointed her in the role of commercial lease advisor. She had to interview lease applicants and determine their chances of success. Mostly, (much to Shelley’s horror), these mum and dad businesses were doomed before they started, and she found herself talking most of them out of taking on a commercial lease. But largely, she felt it a negative role, as she shattered many dreams.

Meanwhile, Shelley was approached by many business owners wanting her to mentor them, and it quickly became clear that this was what her true purpose should be. She had built and improved other businesses, in previous jobs, had already made a quick success out of her own short, retail experience and now she was truly making a difference to others.

Retail 360 was born in 2012, and after, (as she found she was also helping tradies, services industries, and government clients), it evolved into Customer Service 360.

In true entrepreneurial spirit, Shelley has set herself an ambitious goal: “To help 10,000 businesses by 2020.” And you know what? I think she will do it.

She has an online “Essential Services” course, providing training that most businesses can afford to put their staff through. This is one way that businesses (and government in a client-focused role), can have ongoing staff training. It solves the problem of training transient staff to provide world-class customer experiences, turning them into raving fans – just what we all want as consumers! Don’t we?

I’ll bet many of you have plenty of horror stories of poor customer service?

Please share them. (But be mindful not to name anyone’s business, as you don’t want legal repercussions.)

Wow, what resilience she has! This is a powerful story.

Jennifer Kerr - 2 hours ago
Sophie McGready this is nuts View
HiddenDragon - 2 hours ago
With what seems likely weekly explosions of excitement about the latest "suburb price record smashed", the ACT government's l... View
Malcolm Roxburgh - 11 hours ago
The government has to release more land not make it easier to raid your super. This only makes for more cashed up buyers and... View
Opinion 90

Kalo Arepo - 4 hours ago
Were they trying to jump the queue? View
Smackbang - 13 hours ago
How about you stop passing judgement on someone you know precisely nothing about? View
Opinion 82

@The_RiotACT @The_RiotACT
The @CWAofA is more than scones and cucumber sandwiches - it's a powerful advocacy group that gets things done https://t.co/yBEkedJtdo (42 minutes ago)

@The_RiotACT @The_RiotACT
@TruefittCBR is proud to offer royal treatment to the gents of Canberra, and its deluxe barber service is getting recognised across Canberra https://t.co/UXXb9Q42OD (3 hours ago)