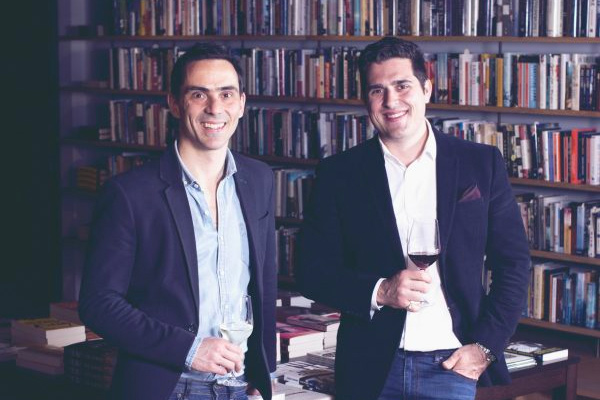 Have you been to a local restaurant where the atmosphere is chic? Where it offers not only fine dining, but also events of cultural significance? A place where the owners themselves are colourful, cosmopolitan, passionate about music, wine, gourmet food, books and people? A place that is deeply steeped in serving up the unique culture that is Canberra – the culture of politics, the literary, the sports and the musical?

I have. It’s called Muse and it’s located within the East Hotel in Kingston.

The partners who own this place are charismatic, creative and quirky. They are Daniel Sanderson and Paul Eldon, and they first met each other in Beijing, over a decade ago. They were living in Beijing in the early 2000s – Daniel working as a cultural officer at the Australian Embassy at that time (where he organised literary and musical events), and Paul, who was there to study Chinese in an intensive university course. Both keen choristers, they met whilst singing in a choir.

Paul had grown up in Hong Kong, the son of a banker and dental technician (they met at the dentist’s, would you believe?). Whilst Dan grew up in Adelaide, and is one of five children, all of whom are in business for themselves, even though their parents were both teachers.

After Beijing, the guys moved to Canberra for Daniel to complete his PHD. But what they wanted, was to find a place where they could run a business as an extension of themselves. They wanted to have a new adventure; to create a business from scratch that enhanced the offerings already here in Canberra. They looked for quite some time for the right place and then, just when they were about to give up, they found an empty space on two levels at the East Hotel – a brand new space they could mould to be their own – and thus began a beautiful story.

They knew that business is risky, but they were taking a measured risk and had done their research well.

Nevertheless, they found that there was still a steep learning curve. Lucky enough to find a good architect, but after six months of rent-free space (wasted), they still hadn’t found a good builder, so they started from behind. Working hard for the first year, they found it was tough. But they started to recover in the second year with their revenue up by 30%. Generally speaking, their strategy is to wow the public, and that has led to fast growth.

Dan and Paul work well together, seven days a week. One of them works days and the other, nights. It’s to be expected when you first go into business that you will work hard, but they love what they do and that makes it a delightful experience, as they create new events and delight in having good musicians play each Friday night. So far, they have run literary events, events featuring politicians, events for journalists and sports events as well. These events have proven popular and they are averaging one a week now.

The wine list is special and Paul passionately describes the unique ‘wine flights’ they offer – a different one each month, where they take a region or a style of wine and present you with three tasters for $25, which includes a session of information on the wines you taste (a mini wine-tasting, if you like). Paul informs me that, “the wine flight for May is a biodynamic barrel project shiraz, all from one winery – all made from the same grapes but wine made in separate barrels – a unique tasting experience and not likely to be featured in any other wine bar or restaurant as a wine flight” – there’s a twinkle in his eye – it’s pure passion.

Their functions, like the journalist events, are when you get stories from the cutting edge – like from Laurie Oakes or Laura Tingle. I attended a literary event with Thomas and Meg Keneally last week – a sheer delight. And the bookshop is a bonus!

What makes these two proprietors worthy of “bucking the trends” status? They have been in business for less than two years and what they’ve achieved from scratch to now is incredible. While restaurants come and go in the capital, I believe this one is here to stay. Muse will not only survive, but is set to thrive, if the partners continue to do what they love to do best.

Paul and Dan are the benefactors and we are the beneficiaries, so check out Muse as soon as you can, and get onto their mailing list. You just never know what they’ll be up to next!

I have really enjoyed Muse the last few times I have been there. I didn’t know the backstory, so I am sure I will enjoy it even more next time.

In fact I’m tempted to make a booking for this weekend ASAP.

Daniel and Paul are both terrific guys and great hosts. Muse is a fantastic concept and a great place to buy a political or cooking book or treat a friend who likes politics and great food. They also have a great selection of drinks and (I think) are the only restaurant in Canberra to serve exclusively Australian beer, wine and spirits. Worth a try if you haven’t already!