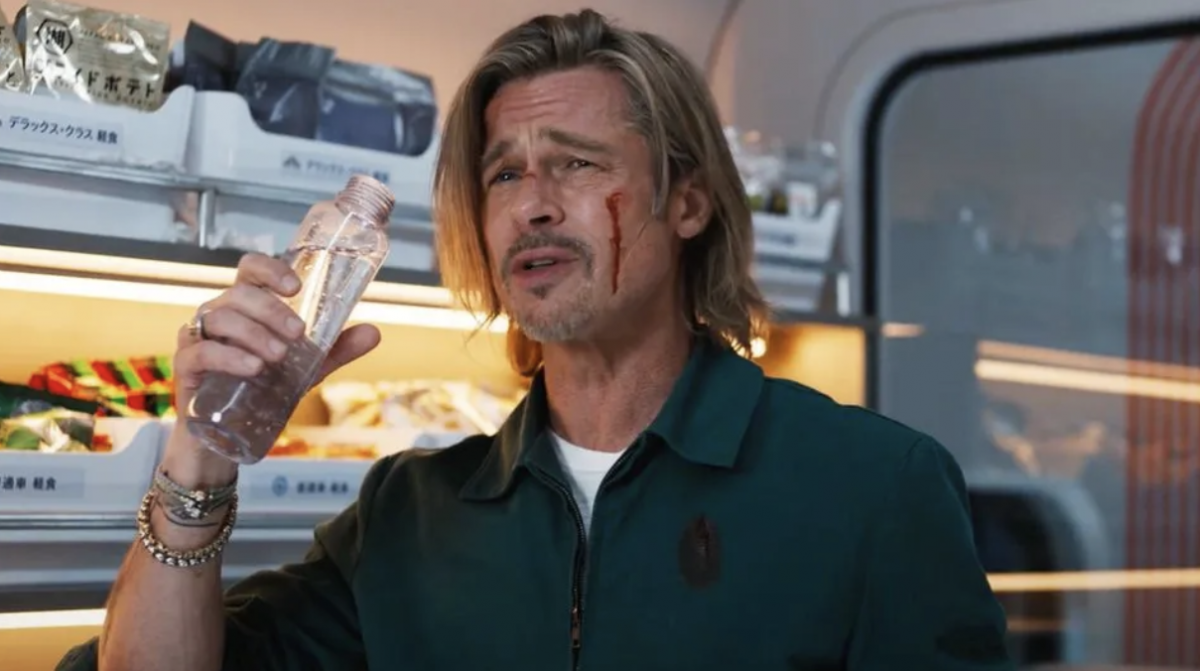 Assassin Brad Pitt, who goes by the name of Ladybug, has to board the Tokyo-Kyoto bullet train, steal a briefcase and get off at the very next stop, where he is to deliver it to someone who has paid handsomely for it.

In essence, it’s a smash-and-grab job.

Unfortunately the case is being guarded by two London gangsters: Lemon (Brian Tyre-Henry), who has a love for describing people as Thomas the Tank Engine characters; and Tangerine (Aaron Taylor-Johnson), who together have rescued the son of a Russian mobster. This is the money they didn’t need to pay for his ransom, so they are returning both him and the cash to his father, White Death (Michael Shannon), in Kyoto.

Elsewhere on the train is another Londoner (Joey King), who wants the money. She is holding it as ransom over the father of a man, Kimura (Andrew Koji), whose son she pushed off a building. He is still alive in hospital and she has threatened to kill him.

READ ALSO The Forgiven takes us to dark, dissolute territory among the wealthy westerners

It’s worth noting that Kimura’s father is the coolest person in the film. The reasons become clearer as we later discover her relationship with White Death.

Also on the train is another killer, named the Wolf (Benito A Martinez Ocasio), who holds a personal grudge against Ladybug, who may or may not have killed his entire bridal party with snake venom. Another you can add (and who also wants the case) is called the Hornet (Zazie Beetz).

Did I mention the snake that escaped from Tokyo Zoo and may have been responsible for all the aforementioned venom and goes about randomly biting people on the train? As I said, Bullet Train is a very simple film.

What I loved about this comedy/action/murder/body-count pile-up of a film is that is never stops to take itself too seriously. The dialogue comes at a frenetic pace throughout, and we learn, rather sympathetically, that Ladybug wants to give up this life and would prefer sitting in a Zen garden, it’s just that things didn’t turn out that way.

The film, directed by David Leitch (Deadpool 2), is based on a graphic Japanese action novel by Kotaro Isaka, which came out in 2010. It’s attracted some criticism for subbing out Japanese characters for Westerners, and turning it from a revenge motif story into something that resembles more of a bad comic opera.

But if it were a Japanese film it would be a very different beast. In some respects it reminds me of how Tarantino approached Japanese characters in both the Kill Bill films.

If you’re a lover of serious Japanese action killer films there are plenty around, but I suspect getting this one made with its original story was going to be too difficult and costly so they went for the ham and cheese instead.

And let’s face it, the film is silly and fun. If you’re into that kind of thing, think of it as resembling a Guy Ritchie London/lads movie (Lock, Stock and Two Smoking Barrels or Snatch) and you won’t feel too disappointed. I thought it was a hoot, and I’m giving it three out of five Pikachus.