The Forgiven takes us to dark, dissolute territory among the wealthy westerners 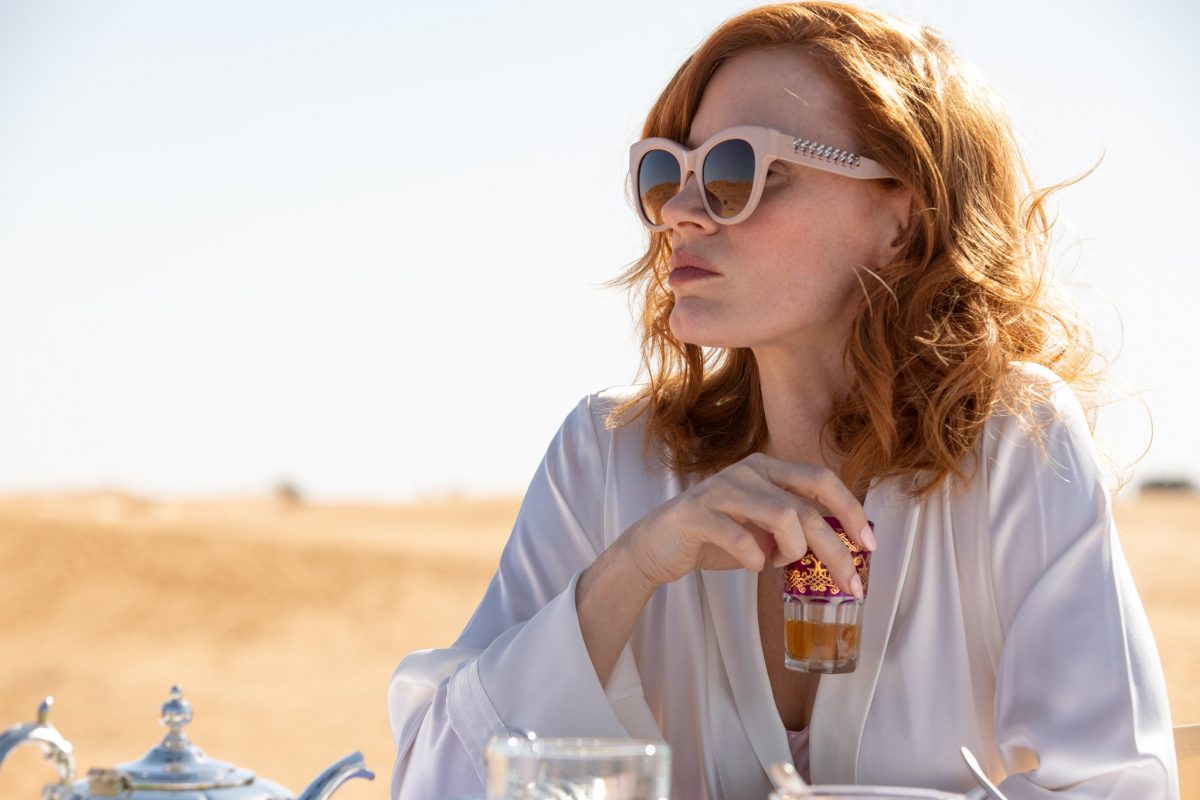 Jessica Chastain is part of a wealthy, dissolute couple in The Forgiven. Photo: Supplied.

In The Forgiven wealthy British American couple Jo and David Heninger (Ralph Fiennes and Jessica Chastain), whose marriage seems destined to come to an end sometime soon, are invited to a party in North Africa hosted by the flamboyant Richard Galloway (Matt Smith).

On the drive from Casablanca to their destination at a villa in the Atlas Mountains, David, who has been drinking all day, hits and kills a teenage boy Driss (Omar Ghazaoui).

It’s reported to police who declare the incident to be nothing other than an accident. But what begins to unfold is a narrative around the wealthy and decadent lifestyle of westerners living it up in impoverished Morocco. From the outset we are dealing pretty heavily with the very recent aftermath of colonial rule in that part of the world.

Driss walked onto the road to try to sell the couple a rare dead artefact. David was speeding and after hitting the boy, tries to hide his papers before bundling the corpse into the car and heading on to the Galloway estate.

Several things begin to unfold: there is silent judgement from the Arab staff and we are forced to ask ourselves who are the righteous and who are the infidels?

The film plays out like an EM Forster novel where the white privileged family are thrust into circumstances they have no capacity to understand or learn from and continue blithely on anyway.

Two days pass where we are forced to lounge in this party atmosphere of booze, and drugs, while the dead boy’s body remains in the garage. Even David seems willing to write the incident off as little more than a desert casualty.

Driss’ father Abdellah Taheri (Ismael Kanater) arrives. He wants to take the boy home for burial and asks David to come. Against his better, self-absorbed judgement, he agrees to do so. Of course this leaves his wife in the Galloway compound where her energies are otherwise directed.

Let’s be honest: all these people are gorgeous but none of them are attractive, and there is a dark heart at the centre of this loveless marriage.

David goes with the boy’s father to bury the teenager before returning to the compound; both he and his wife have profoundly changed after what has happened, but where do they sit now?

John Michael McDonagh is, perhaps, a name you’ve come across before. He’s an Irish director and made the hilarious The Guard and the very dark Calvary, both starring the excellent Brendan Gleeson.

Calvary wasn’t unsure about dealing with the dark hearts of men, death and retribution, and how people own and embrace their debts. With The Forgiven, we are back in the same territory.

McDonagh is attempting to operate on several levels. He is looking into the bleak lives of the rich and indifferent and asking where colonialism exists today.

He suggests that where people live in impoverishment and desperation, there are few real differences to an earlier era. There is no money among ordinary Moroccans, and people dig up old stone artefacts so they can be a dining room table for wealthy Europeans.

The contradictions in this film seem both absurd and similar at the same time. The performances are universally brilliant: our three main stars are exceptional but for me Kanater as Driss’ dad, was the central plank of the film. He had such grief and moral strength to deal with burying a child – the worst thing a parent would ever have to do.

The Forgiven is not an easy film. It asks hard questions, but it’s a good film and very worthy of your attention.

The Forgiven is screening at the Palace Electric and Dendy.