Nine NSW residents have been granted permission to give evidence at the Orroral Valley Fire inquiry after previously being denied the chance to do so by the ACT Coroner’s Court.

It comes after a review by the Supreme Court Chief Justice found the court had erred when deciding to deny them the chance to speak in the first place.

The Orroral Valley fire broke out in Namadgi National Park on 27 January 2020 after being ignited by the landing light of an Australian Defence Force helicopter that had landed in the area.

The fire quickly spread in the hot, dry and windy conditions and burned out of control for almost two weeks.

About 80 per cent of the Namadgi National Park was destroyed.

The fire crossed the ACT/NSW border on 1 February 2020 where it spread into residential areas and became known as the Clear Range Fire.

It destroyed or damaged a number of properties in the Bumbalong area of NSW.

When the matter of an inquiry into the cause and origin of the Orroral Valley Fire was raised on 29 March 2021, the Chief Coroner drew a distinction between the fire and the one which destroyed the Bumbalong properties.

It was argued that “the fire that burned in NSW was a separate fire that was managed by the NSW Rural Fire Service and known as the Clear Range Fire”.

Chief Coroner Lorraine Walker took the view that the Coroners Act 1997 (ACT) didn’t authorise her to hold an inquiry into the Clear Range Fire and denied the resident’s request to hold “an inquiry into the fire that resulted in damage and destruction to [the Bumbalong residents’] properties”.

These residents then applied for leave to be represented again, which was heard on 20 November 2021.

They provided confirmation the Clear Range Fire hadn’t been reported by police to the NSW Coroner as “the fire originated in the ACT”. This meant it was not part of the NSW Bushfire Coronial Inquiry into the 2019/20 bushfires.

Two ACT residents had been granted leave to appear at the Orroral Valley Fire inquest as they had “sufficient interest”, but the Chief Coroner concluded she wasn’t satisfied the Bumbalong residents did and on 19 January 2022 ruled against them appearing.

“The power of a coroner is limited to investigations of matters within her physical jurisdiction unless extended by exception as in relation to deaths,” Ms Walker said at the time.

“If one disregards the property damage suffered by the NSW residents is a basis for finding they hold sufficient interest in this inquiry, one is left with their claim to be able to assist the coroner either simply as an effective contradictor or as a skilled contradictor having regard to the claimed expertise of their legal representatives.” 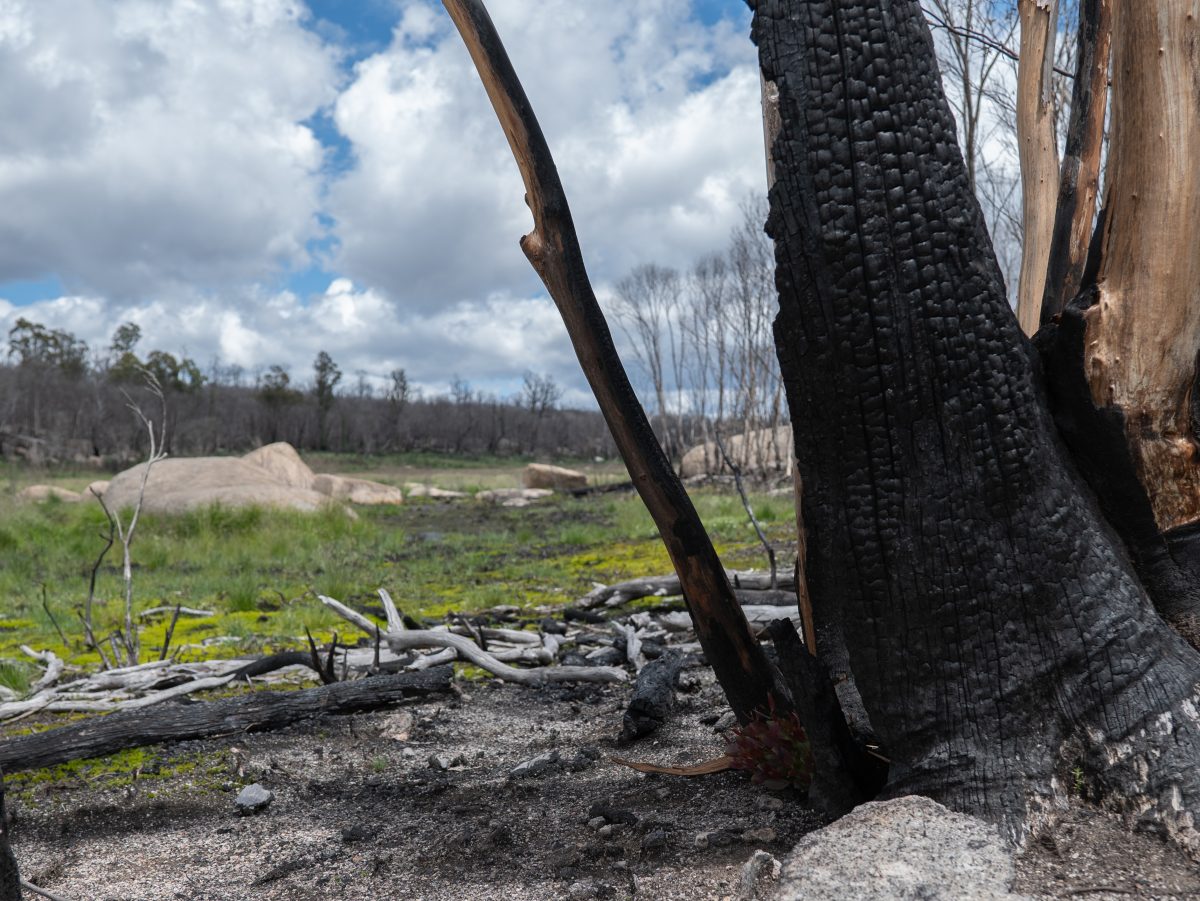 A blackened tree stump in the Namadgi National Park serves as a reminder of the Orroral Valley fire. Photo: ACT Parks and Conservation.

The residents requested a judicial review into these decisions, undertaken by Chief Justice Lucy McCallum and delivered on 6 July 2022.

Their application was based on contended jurisdictional error, improper exercise of power and error of law.

“However, the argument as developed at the hearing before me focused primarily on the contention that the Chief Coroner misconceived or mistook her jurisdiction,” Chief Justice McCallum said.

She determined a misconception had occurred when considering if geographical location of damage from the fire constrained the Chief Coroner’s authority.

“The Chief Coroner has authority to inquire … regardless of whether the damage caused by the fire reached over the border into the State of NSW,” Justice McCallum said.

“The fact that the fire crossed the border does not deprive the Chief Coroner of her authority to hold an inquiry into the cause or origin of that fire.

This finding was returned to Chief Coroner Walker, and as a result, she granted the nine Bumbalong residents permission to speak at the Orroral Valley Fire on 29 September.

They would be represented by the same legal team looking as the appearing ACT residents, Ken Cush and Associates.

Executive counsel Sam Tierney said the Bumbalong residents “are delighted and grateful to the Chief Coroner for allowing them to take part in working out how this dreadful fire happened and came to devastate their homes and lives”.

The Orroral Valley Fire inquiry was listed for hearing from 14 to 18 November 2022.