Bunnings’ Airport store set to open in May 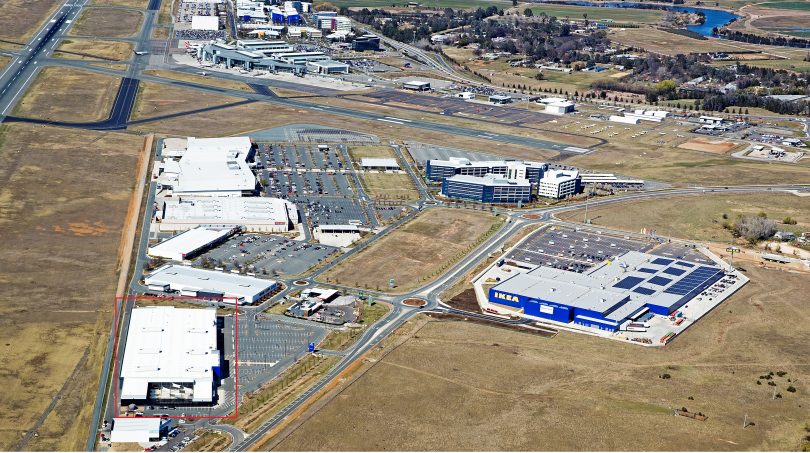 An aerial view of Majura Park, showing the site that Bunnings will occupy. Photo: Canberra Airport.

The new Bunnings Warehouse store at Canberra Airport’s Majura Park Shopping Precinct is set to open in May, with an 180-strong local team.

Bunnings said that 40 staff would be transferring from other stores to the new $42 million Airport site, while 140 were new team members.

Bunnings Warehouse Canberra Airport Complex Manager, Robert Manning said 30 of the new team members were also qualified tradespeople and experts, and would be on hand to provide do-it-yourself advice.

“Bunnings provides a wide range of meaningful career development options for all team members, and I’m confident our new recruits will relish the opportunity to learn and grow with us,” he said. 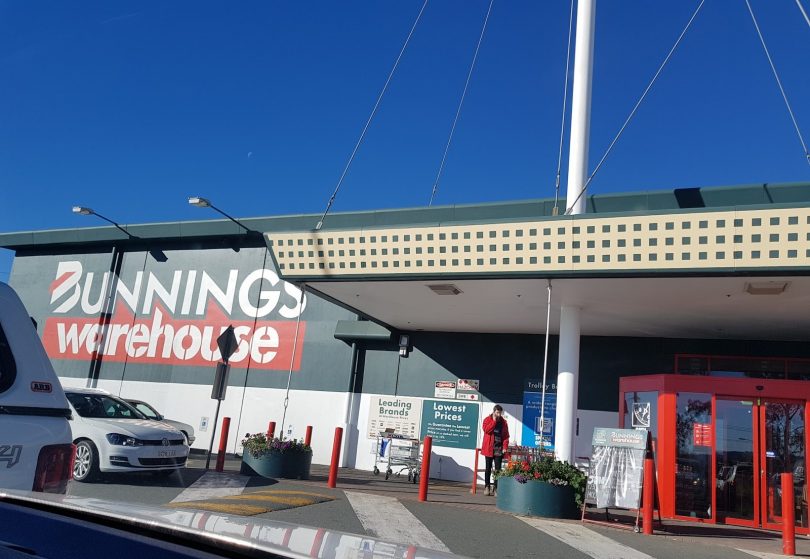 Bunnings Warehouse at Fyshwick will stay open for now.

The decision to open a new store at the Airport had led to speculation about the future of Bunnings’ Fyshwick store but Mr Manning said it would remain open and continue to trade as normal.

“We have not yet made any final decisions about the future of our Fyshwick store but will continue to keep our team members and the community informed,” he said.

Bunnings has moved into the former Woolworths Masters site at Majura Park and has been refitting it since late last year.

Woolworths closed its Masters stores in December 2016 after the home improvement chain lost more than $600 million over four years.

Head of Property at Canberra Airport Richard Snow said the Airport had been watching Bunnings transform the building with great anticipation.

“When the doors open in a few weeks, Bunnings’ selection and events will add more value to shoppers who want a wide variety of retailers, like Bunnings, Costco, Aldi, Big W, and Woolworths, across a single location,” Mr Snow said.

Bunnings at present has a total of 326 stores across Australia, with four of those located in the ACT – Gungahlin, Tuggeranong, Belconnen, and Fyshwick.

I said here when Masters closed that one of the problems was the isolated location of the store. It was inconvenient and time-consuming for tradies to go all the way to Majura Park when the Bunnings Fyshwick store was right in the middle of Canberra’s industrial heartland close at hand.

I can’t see tradies making the trek to the Airport whilst the Fyshwick store is still there. Therefore I believe that a deal has already been done to close the Fyshwick store a few months after the new store opens, and that the long mooted new Canberra Railway Station will be built on the site. I suspect that most people in Canberra are thinking the same thing right now…

So are they closing the Fyshwick store

I suspect the fyshwick store will turn into a trade center like Mitchel.. Or a train station ;)

Andrew Satrapa - 2 minutes ago
Mandy Evans that is an inexcusable supposition in my view. View
Maria Rafaela - 8 minutes ago
No real penalties for road rule breakers. It's a joke.... View
Beth Baldwin - 11 minutes ago
More police and loss of licence for use of mobile phones while driving! Every time I get behind the wheel I see oblivious dri... View
Property 16

Ben Lindsay - 17 minutes ago
Neil Willis could almost walk to work from your joint View
Peter Taylor - 1 hour ago
Amanda Sanderson. Short commute. Walk to work, but getting home would be a struggle. View
Bec Scott - 2 hours ago
No lead there to my knowledge View
Property 10

Run_W - 31 minutes ago
Wasn't this the Club that was complaining last month about being broke and if someone put planes on the lake it would mean th... View
Meredith Osborne - 1 hour ago
Tony Walters, yes it is lovely both the restaurant and the fish & chips, but the parking is terrible. View
Tony Walters - 2 hours ago
Meredith Osborne nice place to have a meal View
News 7

Lewis P Owlay - 1 hour ago
I believe you mean the Delta Myna View
Lyndsey Simcoe - 2 hours ago
Graham Hatch see! They are psychos! View
Acton - 10 hours ago
Pigeons, those flying rats, are also pests. Growing problem with them nesting and crapping under solar panels.... View
News 12

Ben Johnston - 9 hours ago
"In a 50-minute ministerial statement this morning (22 June), Business Minister Tara Cheyne told the Legislative Assembly tha... View
summs - 11 hours ago
At least 15% of the budget went to 19 (2%) businesses whilst 23% of the businesses received less than $50? Was the scheme int... View
Lewis P Owlay - 11 hours ago
Worked a treat View
News 8

David Hennessy - 11 hours ago
Wish they were as quick to fix the problems in the CTP system for pedestrians and cyclists who are damaged for life but have... View
Courts & Crime 2

Capital Retro - 12 hours ago
Probably the proceeds of cream. View
show more show less
*Results are based on activity within last 7 days

New road safety cameras on Northbourne Avenue and Barry Drive in the city have identified around 5000 motorists exceeding the...
Community 8

The Canberra Liberals have called for an audit of the ChooseCBR voucher scheme after the fund was exhausted within a...
Opinion 42

I never thought I'd say it, but the streets of Canberra seem to be becoming meaner these days. In the...
Property 29

Bunnings’ sausage sizzles are coming back! So here’s when you can snag a sanga

@The_RiotACT @The_RiotACT
The Safe and Connected Youth Program has been an outstanding success for Canberra families in conflict, but funding could soon run out on 30 June https://t.co/4xL3XjKfiz (26 minutes ago)

@The_RiotACT @The_RiotACT
A judge has found while Alan Whittley sped at the Moruya River bar before a girl in a boat he skippered drowned in 2018, he was not guilty of criminal negligence https://t.co/s4atOSUVPS (1 hour ago)

@The_RiotACT @The_RiotACT
After witnessing a number of alarmingly dangerous incidents on the road, Zoya Patel is starting to think drivers in Canberra might be getting more aggressive. Is she right? Or are we simply more complacent about the dangers of driving? https://t.co/FDIQqXo2ci (2 hours ago)