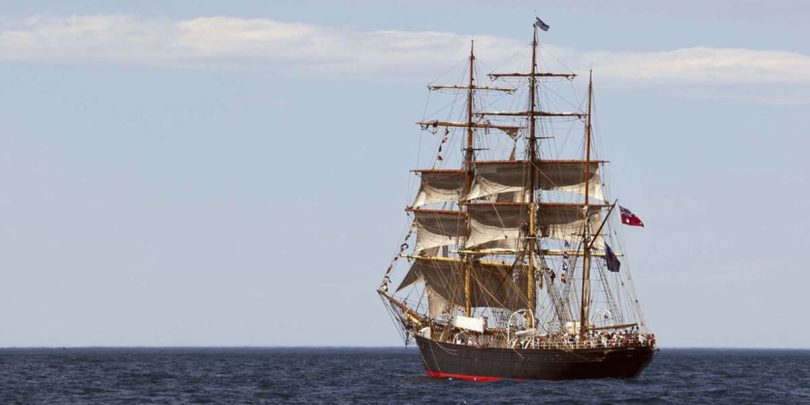 Small amounts of sugar pine timber had been harvested in the past for Sydney Heritage Fleet to repair ships such as the James Craig. Photo: Supplied.

Perhaps it was always destined for greatness, but the iconic Sugar Pine Walk forest plantation in Bago State Forest – near Batlow, Tumut and Tumbarumba – is now lying in wait for a future on the high seas.

Just last week, a partnership between Forestry Corporation of NSW and Sydney Heritage Fleet saw a shipment of bushfire-salvaged timber delivered into storage to help preserve heritage ships across Australia in the future.

The timber comes from Sugar Pine Walk as well as an adjacent Douglas fir plantation, both of which were destroyed in the catastrophic 2019-2020 Black Summer bushfires.

Sugar Pine Walk was one of the region’s top tourist attractions with the close planting of the massive pinus lambertiana trees creating a cathedral-like habitat across a 500m walk that hosted thousands of visitors and scores of weddings. 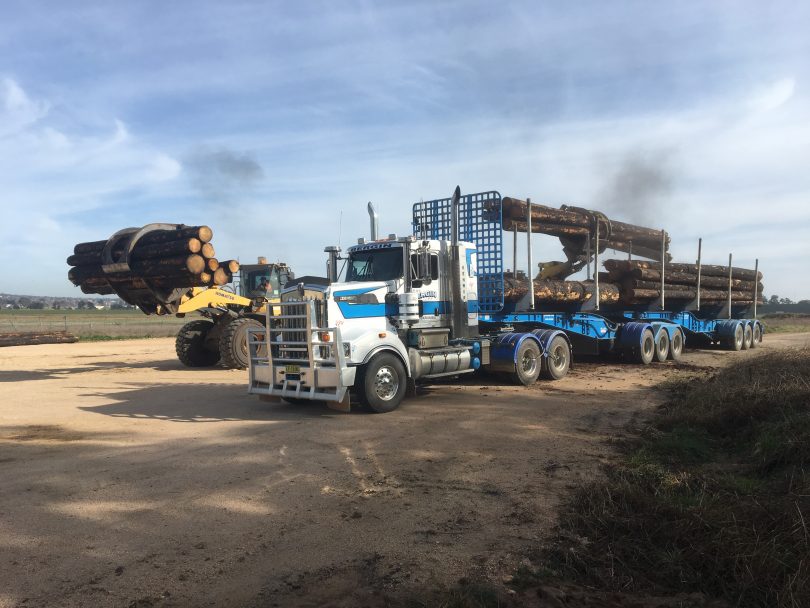 Sugar pine is native to the west coast of America and is the largest and tallest of all pine species.

The Laurel Hill site was planted in 1928 when a range of different exotic species were being trialled by the forestry industry.

However, it is not a species Forestry Corporation of NSW has grown or planted in recent generations. The local softwood timber industry is built around radiata pine.

According to Forestry Corporation of NSW, so fire-damaged were the 92-year-old trees that stood 72m high they could not be saved. In July 2020, work began to remove them from their 100-hectare home.

Until now, the fate of the salvaged timber was somewhat of a mystery, with some set aside to incorporate into a planned new visitor centre in the area.

However, last week a truckload of logs left Laurel Hill bound for Sydney Heritage Fleet’s storage facility in Bathurst, in readiness for use by historical ship custodians across Australia.

Sydney Heritage Fleet’s shipwright superintendent, Peter Gossell, said the company is appreciative of the support of Forestry Corporation of NSW and is pleased to see the trees going to help maintain Australia’s historical ships. Cheryl Hawkins and Grant Cobden from Bergin’s Logging in Tumbarumba were on hand to help load the timber onto trucks. Photo: Forestry Corporation of NSW.

“There are around 20 historical ships across Australia that will need repairs at some point so it’s great to have this resource on hand when needed,” he said.

“Douglas fir in particular is well suited to shipbuilding and repair due to its strength, durability and light weight.”

Forestry Corporation of NSW’s haulage and sales manager, Nick Firth, said small amounts of the sugar pine timber had been harvested in the past for Sydney Heritage Fleet to repair ships such as the James Craig.

He said the impact of the bushfires meant around 70 large timber logs were now available for stockpiling.

Forestry Corporation of NSW has covered all costs of harvesting and transporting the timber from Laurel Hill to the Sydney Heritage Fleet’s storage facility in Bathurst.